Anglo Australian Resources has started a 52 hole infill drilling campaign at the Mandilla South target of its Mandilla gold project located 20km southwest of Kambalda and along strike from the East Mandilla resource. This campaign will define initial bedrock drilling targets for a future reverse circulation drilling campaign within the extensive supergene-enriched gold blanket. 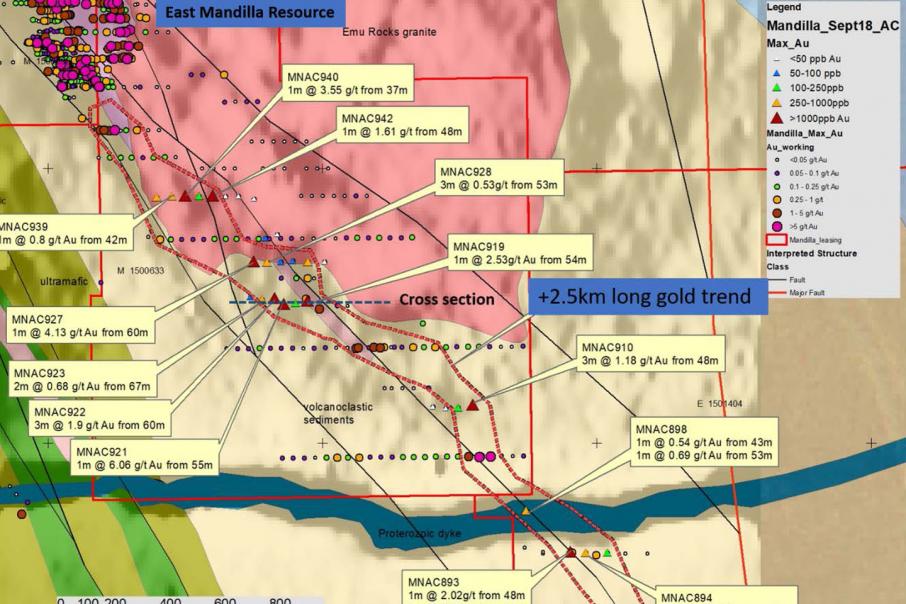 Just weeks after kicking off a major drilling campaign at its Feysville gold project near Kalgoorlie, Anglo Australian Resources has now started drilling at the Mandilla project, 20km southwest of Kambalda in WA.

The 52-hole infill drilling campaign targets Mandilla South, a supergene oxide gold zone that has been defined over more than 2.5km of strike and up to 250m width by shallow aircore drilling.

The company also previously received $100,000 in funding assistance from the Western Australian Department of Mines and Petroleum for the drilling of two deep diamond holes at Mandilla South.

Mandilla South is along strike from the East Mandilla resource and associated paleochannel deposits that collectively hold 61,000 ounces of gold.

Anglo produced about 23,000 ounces of gold from one such palaeochannel at Mandilla during 2006 and 2007.

Wattle Dam historically produced 880,000 tonnes at an impressive10.1g/t for 286,000 ounces of gold from open pit and underground operations.