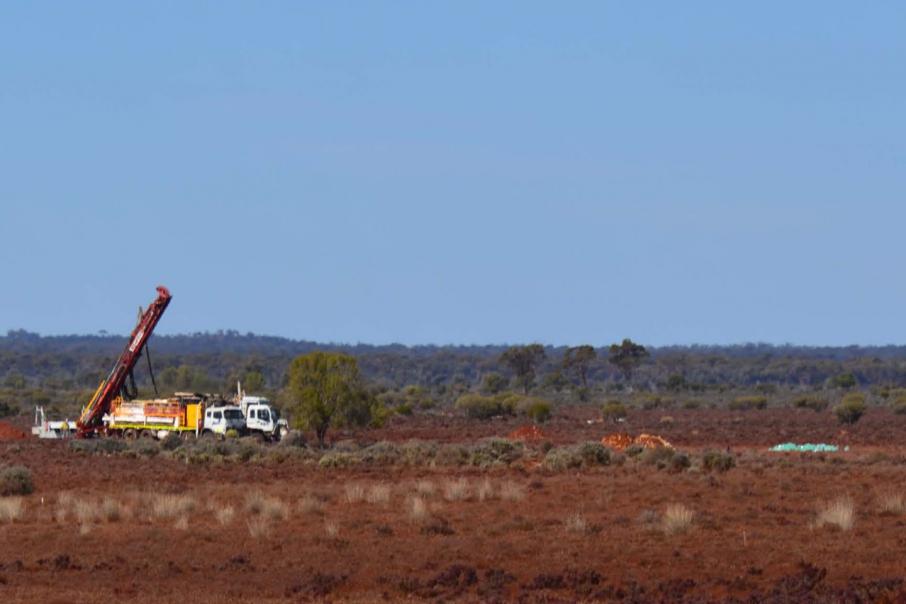 Anglo Australian Resources’ belief in the prospectivity of its Mandilla gold project near Kambalda, WA, appears to have been borne out after drilling identified a central core of higher-grade supergene enriched gold at the Mandilla South prospect.

Management said this higher-grade core occurs close to the intersection of an interpreted east-west trending margin of the Mandilla Granite with the north-west structure and could represent a gold-related hydrothermal alteration.

Two of the holes also penetrated up to ten metres into the bedrock and confirmed the presence of primary gold mineralisation.

However, the greatest takeaway from the drilling program might be the confirmation that previous aircore drilling at Mandilla South had failed to penetrate the gold-depleted saprolite into the supergene-enriched gold zone.

This may mean that previous drilling in the 500m gap between the Mandilla South prospect and the Mandilla East resource was ineffective and there is potential to link the two areas together into a 4km long camp scale target.

Meanwhile, a review to increase the current resource of about 38,000 ounces of gold at Mandilla East has indicated that its mineralisation might be better modelled using a high-tonnage, low-grade approach rather than the previous, low-tonnage, high-grade methodology.

The review also indicated that previous drilling at Mandilla on east-west sections was not ideally oriented as a key control of mineralisation now appears to be a northwest trending structure.

If this is true, there is potential to increase the size of the resource along strike to the northwest, where the few holes drilled to date have recorded significant gold intercepts including 0.14m @ 1,540g/t gold and 3.5m @ 86.1g/t gold.

Separately, preparations are now underway for a three-hole diamond drilling campaign in June that will be co-funded under the WA Government’s exploration incentive scheme.

Wattle Dam historically produced 880,000 tonnes at an impressive 10.1g/t for 286,000 ounces of gold from open pit and underground operations.

Anglo has previously produced 23,000 ounces of gold from an open-cut palaeochannel at the Mandilla project and it is not a stretch for the company to do so once again if its current work proves up a sufficiently attractive resource.