Anglo Australian Resources has identified a new 200m long zone of mineralisation parallel and to the west of the very prospective Ethereal Shear Zone at its Feysville Gold Project, just 14km south of Kalgoorlie in Western Australia. The best result from the drilling campaign was a 20m intersection grading 2.41g/t gold from 96m at the main Think Big prospect. 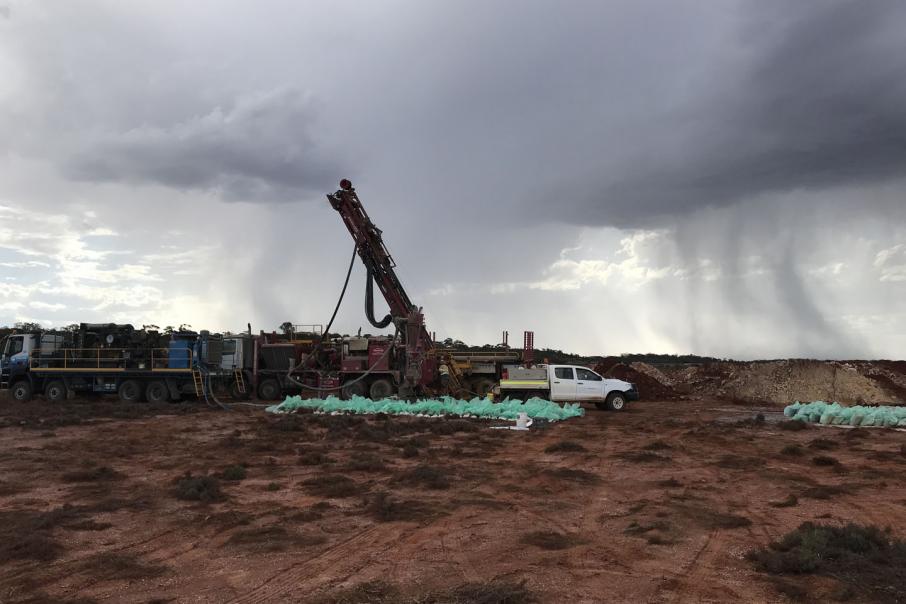 The latest discovery is a potentially 200m long zone of mineralisation that is located parallel and to the west of the very prospective Ethereal Shear Zone, confirming the company’s belief that the area is geologically favourable for further discoveries.

Recent drilling at the Think Big prospect was very successful with one hole intersecting multiple zones of gold mineralisation including 20m @ 2.41g/t gold from 96m down-hole that confirms a thick zone of mineralisation in the core of the deposit.

In addition, all six holes drilled on the main trend at the northern end of Think Big intersected low grade supergene gold mineralisation, which supports the continuity of a supergene blanket to the north.

Anglo has also received one metre assays from drilling carried out on Think Big in April that has refined some intervals to be narrower but higher grade than originally thought from the four metre assay samples.

The company said that shallow, high grade gold mineralisation of this style at such shallow depths makes for a compelling target for initial open pit mining.

Results from the June drilling campaign have also been encouraging with a new intersection of 8m @ 3.14g/t gold from 68m down-hole in fresh rock suggesting a north northwest striking structure that links with the earlier high grade hits to the south.

Anglo said this confirmed that gold mineralisation remains open to the north at Saintly into an area with mapped andesite, the preferred host rock at Think Big.

The company plans to follow-up on this shallow high-grade mineralisation.

Meanwhile, metallurgical testing of Think Big ore has returned some encouraging results with 99.1% of extractions using conventional cyanide leaching for the supergene composite, 91.9% from the transitional composite and 87.4% from the fresh composite.

Total recoveries across gravity concentration and leaching were 98.4% recovered for the supergene composite, 91.8% for the transition composite and 85.1% for the fresh composite.

Anglo Australian has started an eight hole diamond drilling campaign at Think Big to provide key input data for resources modelling and to test the interpreted plunge of gold mineralisation indicated from modelling.

It will also drill one hole at Saintly to provide structural information.

Anglo Australian Chairman John Jones said: “Not wishing to sound like a broken record, the more we drill at Think Big and Saintly, the more gold mineralisation we identify.”

“That said, we remain yet to fully understand the geological controls on gold mineralisation in this area. To this end, the diamond drilling campaign currently underway should be of great assistance in our future targeting efforts.”

“The fact that metallurgical test work of Think Big ore has delivered excellent recoveries ticks a further box towards the establishment of a mining operation.”

Mr Jones also highlighted plans by gold producer Northern Star Resources to spend a large part of its $60m exploration budget this year to the south of the Feysville Project.

“It seems Anglo Australian is not alone in considering the area to the south of Kalgoorlie still has much to offer and is of considerable merit,” he added.

In addition to the diamond drilling campaign, Anglo Australian is also waiting on assay results from aircore drilling to the south of Think Big.

The campaign involved 44 holes over 1,200m of strike along the Ethereal Shear Zone.

This area is considered prospective as the Rogan Josh/Dalray Shear Zones merges with the Ethereal Shear Zone to the southeast.

This was followed by the discovery of the Saintly prospect about 800m to the north with a headline intersection of 21m at 2.47g/t gold from just 20m.

Feysville is also well placed with its location within one of Australia’s premier gold belts that includes the 70 million ounce Golden Mile deposit in Kalgoorlie just 14km to the north, getting nearology buffs all hot and bothered.

In addition, the historic, 3m ounce, New Celebration gold mine is just 10km to the south.