Anglo Australian Resources has confirmed that supergene gold mineralisation at the Think Big prospect within its flagship Feysville project near Kalgoorlie is largely continuous over 200m of strike and up to 80m wide. Infill drilling recorded a top result of 10 metres grading 10 grams per tonne gold from 23 metres down-hole, including a peak 1m intersection grading 76.1g/t gold. 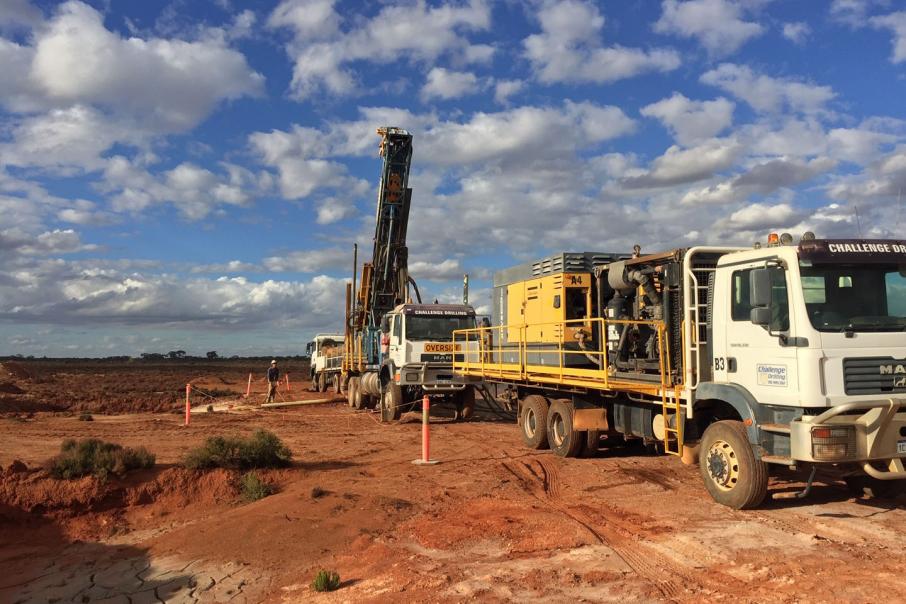 Anglo Australian Resources has confirmed that supergene gold mineralisation at the Think Big prospect within its flagship Feysville project near Kalgoorlie is largely continuous over 200m of strike and up to 80m in width.

The company is currently updating the geological interpretation and resource modelling at Think Big and will follow-up with mining optimisation studies aimed at defining an initial ore reserve.

Gold recovery was 95.2% for the transitional ores and 80.4% for the fresh ore, which makes the processed ore stream amenable to conventional technologies and hence, ideal for potential toll treating options in the immediate area near Kalgoorlie.

At the Hyperno prospect within Feysville, a six-hole RC drilling program to follow up on a strongly anomalous gold reconnaissance aircore hole intersected primary mineralisation of 10m @ 2.93g/t gold from 56m down-hole.

Management said an east-west to west-northwest-striking shear zone is interpreted to control the gold mineralisation which appears to be open in all directions, including westwards toward the Ethereal prospect, located about 300m from Hyperno.

Drilling of the Saintly prospect at Feysville successfully defined a northwest to west-northwest trending zone of supergene and bedrock gold mineralisation.

The company said that while the gold grades averaging close to 1g/t gold in the latest drilling are a bit lower than earlier holes in the prospect, their shallow depth means there is potential to add modestly to the gold resource inventory.

Anglo Australian is also expecting to shortly receive assay results from diamond drilling at its Mandilla project, about 75km south of Kalgoorlie.