Anglo doubles down with major drill hit near Kambalda

Anglo Australian has shown that its previously announced 112m drill hit near Kambalda going 1.5 g/t gold was no fluke. This week, the John Jones led explorer has hit pay dirt again with a 163m drill intersection grading 1.75 g/t gold. Confidence is now building in the consistency and tonnages of the gold mineralisation at Anglo’s Mandilla East project where the rods will be turning for some time. 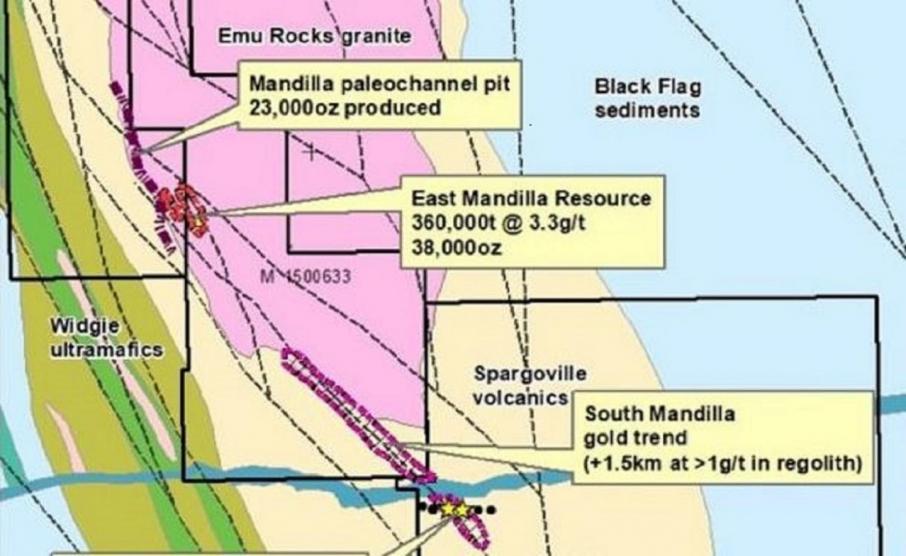 Anglo Australian has shown that its previously announced 112m drill hit near Kambalda going 1.5 grams per tonne of gold was no fluke. This week, the John Jones led explorer has hit pay dirt again with a 163m drill intersection grading 1.75 g/t gold from just 37m down-hole.

Anglo has recently completed a sizeable and uber-successful drill campaign at its Mandilla East project in WA that now looks to be unstoppable with a swag of wide intersections that appear to be holding up from a grade perspective.

The company’s commitment to increase the level of confidence in the geology and the gold in the ground at Mandilla East continues to pay off with additional highlights including 99m grading 1.47 g/t gold from 36m downhole and 58m grading 1.52 g/t from 59m down-hole in separate holes on drill sections that are still 40m apart.

Whilst the true width of the mineralisation is hard to determine at this stage, with a strike extent of some 750m currently and an average width that could be around 70m according to the company, it looks like it won't disappoint.

The depth extent of the mineralised system is also unknown at this stage but already impressive, with one of the drill holes ending in mineralisation at 200m deep.

Given that Mandilla East is still open and that the Mandilla South prospect is about 500m away, Anglo may even be able to connect the dots between the two.

Anglo plans to start poking around between Mandilla East and Mandilla South to determine whether these two mineralised zones are somehow linked geologically.

Mandilla South is no slouch either, delivering further enticing results such as 16m grading 1.05 g/t gold from 52m down-hole.

Drilling will also be carried out around existing areas of shallow gold anomalism outside of the main gold trends in the hope of making new discoveries there too.

Anglo certainly has its hands full right now – just where this story will end is anyone’s guess.