Anglo Australian Resources continues to build an impressive ensemble of gold discoveries at its Mandilla project in WA. The company’s latest batch of results have delivered broad intercepts of gold mineralisation from infill drilling over the Mandilla East Main Zone including an eye-catching 83 metres grading 1.47 grams per tonne gold from 96m down-hole. 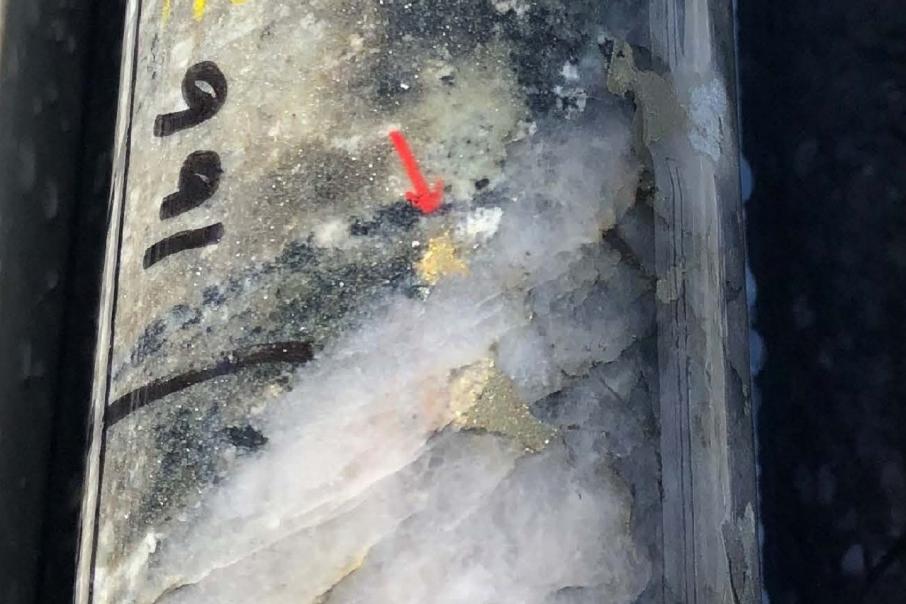 Anglo Australian Resources continues to build an impressive ensemble of gold discoveries at its Mandilla project in Western Australia. The company’s latest batch of results have delivered broad intercepts of gold mineralisation from infill drilling over the Mandilla East Main Zone including an eye-catching 83 metres grading 1.47 grams per tonne gold from 96m down-hole.

The company’s latest results from Mandilla confirm the outstanding potential of the quartz-stockwork-hosted gold system with ongoing exploration having extended the mineralised footprint of the discovery along more than 3km of strike.

Anglo Australian has now dived into resource modelling over the Mandilla deposits however, with the samples from a further 87 reverse circulation and 15 diamond drill holes still in the laboratory awaiting assay, there is likely to be an ongoing stream of news flow from the discovery in the weeks ahead.

Anglo Australian Resources Managing Director, Marc Ducler said: “These impressive new results from in-fill drilling of the Mandilla East Main Zone demonstrate the very large-scale nature of this gold project. Work on the Mineral Resource Estimate has started, and we expect this to be completed during May 2021 – which we anticipate will provide investors with the first real insight into the scale of the commercial opportunity at Mandilla.”

“We have been drilling almost continuously at Mandilla since last September, and our current drill programs have just come to an end. A significant number of assay results are still outstanding, and we are looking forward to receiving those results over the next few weeks, incorporating them into our database and planning the next phases of drilling at Mandilla.”

The Mandilla gold project sits 70km south of Kalgoorlie and is located just 20km west of Goldfield’s massive St Ives gold mining operation, in the fertile Eastern Goldfields of Western Australia. Anglo Australian enjoys a long association with the Mandilla region having previously mined a series of shallow open pits, targeting paleochannel hosted gold mineralisation between 2006 and 2007. It is now turning its intimate knowledge of the region to a series of potentially lucrative gold deposits.

Recent drilling by the company delving deeper into the Mandilla deposits has begun to delineate a treasure-trove of mineralisation hosted within its footwall granites. A geological evaluation of the evolving ore system shows the gold mineralisation at Mandilla to be hosted by quartz veining and stockworks within the fractured carapace, or outer skin of an ancient granite intrusion.

Interestingly, Mandilla shows a string of geological characteristics consistent with the architecture of some of the larger gold deposits in WA’s Goldfields, including Red 5’s developing 6-million-ounce King of the Hills mine north of Leonora hinting at the potential of the larger Mandilla ore system.

Anglo Australian has now completed the current round of drilling over the discovery having been on the ground continuously since September 2020. The company has ploughed more than 30,000m of reverse circulation and diamond drilling into the ore system as part of the recent campaign and extended the drill pattern along more than 3km of strike. Drilling now traverses the richly endowed granite margin from the historical Artemis pit in the north through to the Mandilla South discovery.

Curiously, recent exploration over the link zone between the Mandilla East and South discoveries also looks to be rapidly filling in the gaps.  Diamond drilling has provided a valuable insight into the architecture of the ore deposit and at the same time has returned a smattering of free gold in both RC samples and the diamond drill core.

Mr Ducler said:“The diamond drilling that was recently completed is looking visually interesting, with visible gold observed in hole MDRCD342, which was testing the potential linkage of mineralisation between Mandilla East and Mandilla South. So, while AAR is having a brief hiatus in drilling – the Mandilla Gold Project is only just starting to reveal its potential.”

With resource estimation now underway and more than 14,000m of sampling in the lab awaiting assay, Anglo Australian is set to quickly outline a large resource at Mandilla. However, with the company already planning a return to drilling at the discovery in June-July, there is every indication that Anglo Australian believes it has a tiger by the tail in one of the most of auspicious of WA gold mining addresses, just to the south of Kalgoorlie.