Today’s news that the Australian Competition and Consumer Commission will allow Seven West Media to merge The West Australian with News Corporation’s The Sunday Times newspaper should come as no surprise – consumers have been losing interest in both for some time. 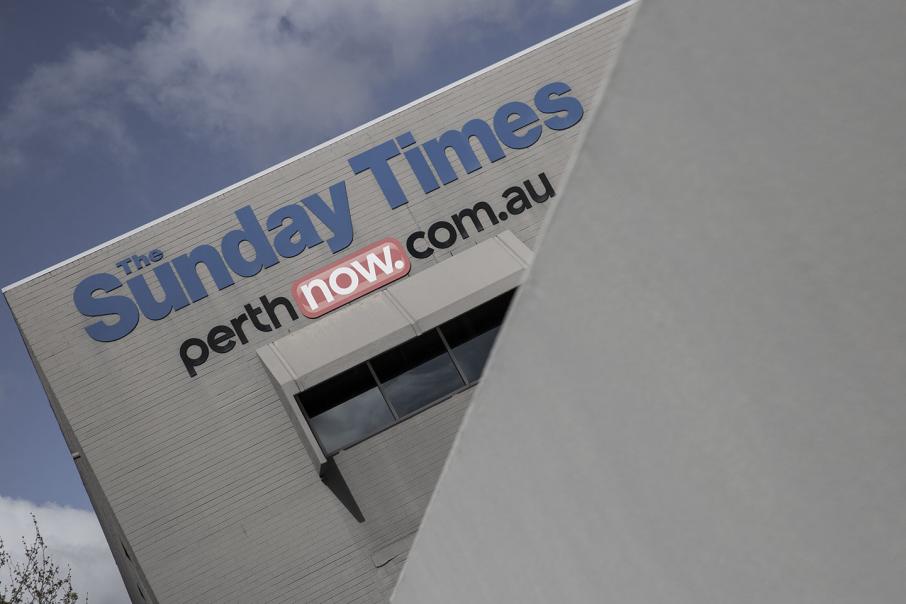 The ACCC has given the nod to a merger between The West Australian and The Sunday Times.

Today’s news that the Australian Competition and Consumer Commission will allow Seven West Media to merge The West Australian with News Corporation’s The Sunday Times newspaper should come as no surprise – consumers have been losing interest in both for some time.

Who knows whether the drop in readership is because the Monday-to-Saturday hard copy of Seven West’s flagship daily paper has increasingly come to look like its Sunday alternative, as the media giant’s chairman Kerry Stokes wished it would when, at a Business News event in 2008, he made his case to take over then independent WA Newspapers Holdings.

Mr Stokes had started his campaign to merge his Seven Network television interests with WA Newspapers in 2006, when he secured a 15 per cent stake in the business.

Back then, The West’s circulation was starting to drop from what had been an uptick to September 2005 when the Saturday edition of The West Australian was up to 380,417, while Monday-to-Friday editions had reached 207,914.

Compare that to Audit Bureau of Circulation figures for the three months ending June 30 2016, which showed average net paid print sales for Saturday’s The West were 232,176, down 12.4 per cent from same period the previous year.

The Monday-to-Friday decline of 9.3 per cent to 142,393 copies is less drastic but hardly cause for celebration, especially when the population rise in WA in that period has been about 30 per cent in the past 10 years.

The West does have a digital version of its hard copy, which now has nearly 15,000 subscribers, according to ABC figures, well over double what it had a year ago. It only really started offering the service in the past two years, partially offsetting the losses in print customers.

Announcing a clear run for the deal, ACCC chairman Rod Sims pretty much summarised what these numbers show when he said it was unlikely to substantially lessen competition for either consumers or advertisers.

“On the consumer side, the large decline in print newspaper readership formed a major part of our analysis. Many consumers in Western Australia are now getting their news online or from other sources," Mr Sims said in a statement.

Just as Mr Stokes was moving in on WA Newspapers in 2006, the company’s big-ticket technology investment was $170 million in state-of-the-art printing facilities at Herdsman as it laid out plans for expansion of popular sections such as business, sport and lifestyle as well as the Quokka classifieds publication it had acquired earlier with a circulation of around 78,000, 50,000 of which was paid.

ABC figures for the recent June quarter show Quokka’s average weekly print circulation was 6,568, down 33 per cent from the same corresponding period in 2015, confirming the exodus of demand for classifieds in hard copy as web-based alternatives have grown.

Not all technology investment was through the rear-view of daily newspapers publishing. On June 30 2006 it had launched thewest.com.au, its first proper attempt at online news. WA Newspapers’ stated objective for the site was “to be the main source of information about Western Australia for Western Australians”, according to the company’s 2006 annual report.

Since the tie-up with Seven, The West website has been thrown in with a joint venture with the Australian offshoot of the US-based Yahoo, one of the great losers in the latest round of tech business upheaval. Yahoo has simply been unable to keep up with the competition – Google, Amazon and Facebook.

In fact, many think that a key part of the deal with News Corp is the additional purchase by Seven West of website perthnow.com.au, which was also sanctioned by the ACCC. That business is believed to be far more successful than thewest.com.au.

Seven West Media chief executive officer and managing director Tim Worner certainly suggested that the perthnow.com.au brand would be kept, along with The Sunday Times, which was just the second acquisition ever made by Rupert Murdoch as he started his climb from Adelaide publisher to become a global media magnate.

“There is a strong bond between them and the people of Western Australia. The Sunday Times has a unique heritage and we will nurture both The Sunday Times and Perth Now for the benefit of all our readers.”