There’s a power play under way over the private provision of ambulance services. 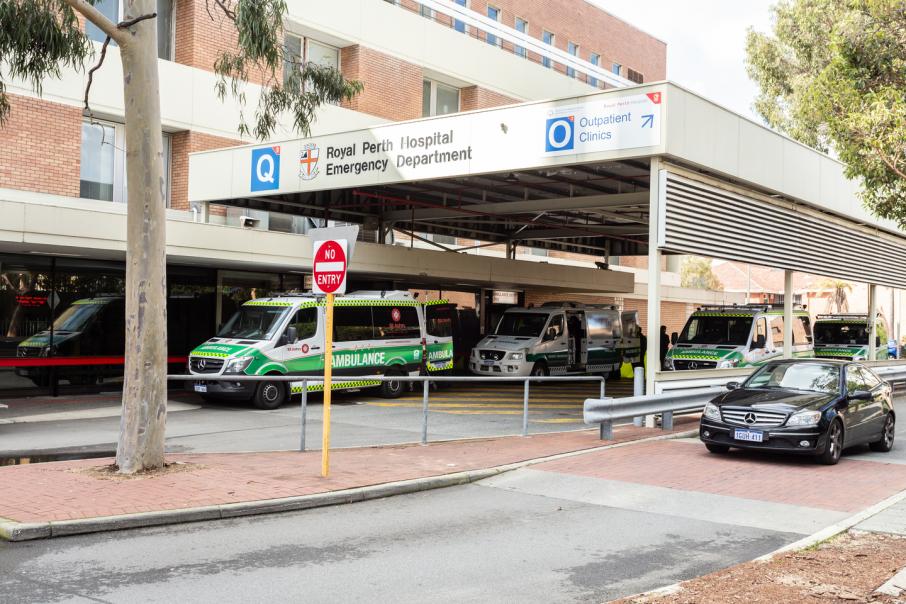 WA is the only state with a private ambulance operator. Photo: Gabriel Oliveira

The Legislative Council’s Standing Committee on Public Administration’s inquiry into the state’s ambulance services promises to be a most intriguing exercise.

The inspiration for the probe comes hard on the heels of a breakout in ambulance ramping outside major hospitals, which is always embarrassing for the government of the day.

It’s not clear how the ambulance service influences the level of ramping. After all, the ambulances simply deliver the patients to the emergency departments of the major hospitals. It’s the ED’s job to move patients through with the emphasis on their care.

But there’s also a power play going on here. St John Ambulance Western Australia, a not-for-profit body, has historically provided ambulance services under contract to the government. This gives it more independence than if it were simply a government department.

And it’s that independence the United Workers Union – easily the most politically influential in the union movement – has long been seeking to break by ending the contract with St John and having the service provided in house by a government body.

This would give the union more influence, especially if the relevant minister happened to be in a Labor government and relied on the union’s support for his or her continued endorsement to stay in parliament.

Deputy Premier and Health Minister Roger Cook is a perfect fit. And it must be said that the chairman of the committee, Labor MLC Pierre Yang, is also linked with the same union, making it a fascinating double.

The United Workers Union has had several name changes over the years, emerging in its current form in 2019 as a merger of United Voice and the National Union of Workers.

Among the most prominent former officials who have moved into the current state parliament are Education Minister Sue Ellery, who is also government leader in the upper house, and Water Minister Dave Kelly.

The union has generally done well in getting its way with Labor governments, although it was not happy with Alan Carpenter when he was education minister in 2001.

Mr Carpenter was expected to return the jobs of all school cleaners to the public sector as the contracts with private operators hired during the Court coalition government expired.

The future premier had a better idea, however, renewing some of the contracts so he could compare the costs of the two systems.

From taxpayers’ perspective, it was a highly commendable move. But that didn’t make him popular with the union.

Labor-affiliated unions, especially United Workers, which has made some useful gains since the McGowan government’s election in 2017.

About 300 education assistants have been hired, and hundreds of jobs at Fiona Stanley Hospital and the Water Corporation have reverted from private contractors to the government.

One of the Legislative Council committee’s terms of reference is to consider “whether alternative service delivery models in other jurisdictions (states) would better meet the needs of the community”.

WA is the only state with a private ambulance operator. But with intense union pressure, the question is for how long?

THE state government must hasten carefully with plans to sell the waterfront power station sites at East Perth and South Fremantle. Transparency is crucial.

It must avoid a repetition of the unsatisfactory arrangements linked with the sale of the Midland Abattoir land by the Burke government in 1986, which attracted adverse comments from the WA Inc Royal Commission.

Billionaires Kerry Stokes and Andrew Forrest have a proposal for an ambitious redevelopment of the East Perth site as a joint residential and commercial hub. The area has been notionally valued by the state at $1, and it has also been proposed that taxpayers pick up the $65 million bill to clean it up.

A deadline for agreement between the influential businessmen and the government on the future of the property, which has been idle for 40 years, has been extended to September.

Synergy advertised in late June for expressions of interest for the redevelopment of the South Fremantle site, which has been unused since 1985. But extraordinarily, the EOI period lasted just nine days. Why the rush?

The 1990s royal commission noted there were lessons from the Midland Abattoir sale relating to: “Open government, accountability, integrity in government, the collective responsibility of cabinet, political donations and record keeping”.

Those lessons must not be forgotten.