Alterra has tapped into the database, knowledge banks and networks of well-known Harvey avocado and citrus grower, Richard Eckersley. The parties have inked “Local Partner and Data Access” agreements that provide Alterra with access to the expert grower’s cropping data for 15 years and Eckersley will also act as something of a forward scout in the South West for Alterra who is on the hunt for investment grade crops. 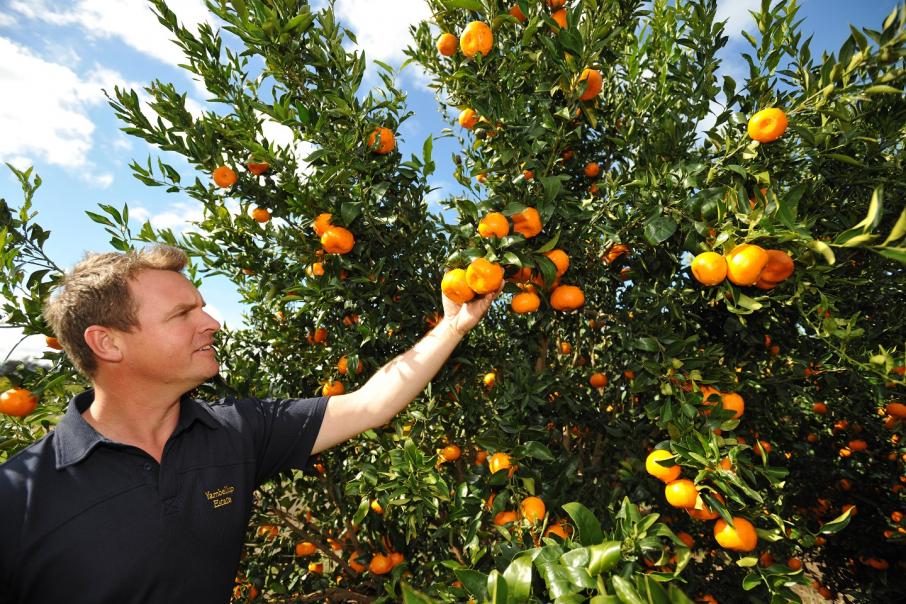 Listed agricultural investment developer, Alterra, has tapped into the database, knowledge banks and networks of well-known Harvey avocado and citrus grower, Richard Eckersley. The parties have inked “Local Partner and Data Access” agreements that provide Alterra with access to the expert grower’s cropping data for 15 years and Eckersley will also act as something of a forward scout in the South West for the ASX-listed Alterra who is on the hunt for investment grade crops.

Eckersley’s local expertise in managing the Harvey Water scheme will assist Alterra to assess this key horticultural region for its development potential. Central to the agreement will be a comprehensive understanding of the region’s production capability to underpin future Alterra investments.

Alterra said that a core value in its business model is to partner with top tier agricultural producers that bring local generational experience and provide a focal point for Alterra’s assessment of key horticultural regions.

Alterra is looking to identify long term agricultural growing opportunities where it can bring in some institutional money alongside its own to create something of an annuity from the off-take and product growth over the long term.  The Perth based companies is looking to avocados initially but is open to many other agricultural opportunities such as citrus and others.

Eckersley owns and operates a 90-hectare tree crop orchard producing avocados and citrus in Harvey at the Yambellup Estate.  His family name is embedded in the history of the region and synonymous with farming and irrigation in the southwest of Western Australia.

The Harvey region is one of WA’s premier food bowls and the Harvey Water Scheme is a critical infrastructure element in the region’s renown productive capacity.  Water is piped and channelled over hundreds of kilometres to primary producers and neighbouring areas in the region and is mostly gravity fed from the dams.

Alterra Managing Director, Oliver Barnes said: “We are pleased to have Richard join Alterra’s team as a Local Partner. Alterra believes the Harvey Water Scheme region is currently under-utilised for the production of high value tree crops such as avocados. The tight ownership of land and water in the region suits Alterra’s partnership model with landowners, whereby we seek to jointly develop their properties into higher value land and water use assets”.

Alterra said the Local Partner Agreement runs for three years with any consideration payable being success-based and in the form of performance rights in Alterra. The total consideration provided to Richard Eckersley will take the form of two million performance rights under the company’s Listing Rule 7.1 capacity, based on certain vesting conditions.

The Data Access Agreement will give Alterra exclusive access for 15 years to Eckersley’s historical and future data base of production, expense and marketing records.

Access to this type of information cannot be over-stated for a company that is looking to create long term annuities from growth curves and off-takes.   Ultimately it will allow Alterra to build its investor modelling with confidence and it will form the basis of the investment proposition.

Alterra will also have access on the ground to Eckersley’s orchards for other data gathering.  Eckersley will have shared access to the data base for his own operations and the consideration for the data and property access will be 1,000,000 ordinary shares issued to Eckersley for nil consideration and issued under the company’s existing placement capacity.