Just 12 months after taking the helm at ASX-listed agricultural company, Alterra, Oliver Barnes has successfully pivoted the company and made good on his business model to create long term investment grade agricultural assets that are attractive to the institutional investment market. Alterra is set to become one of WA’s leading avocado orchard developers after leasing 300ha of prime land near Pemberton in WA. 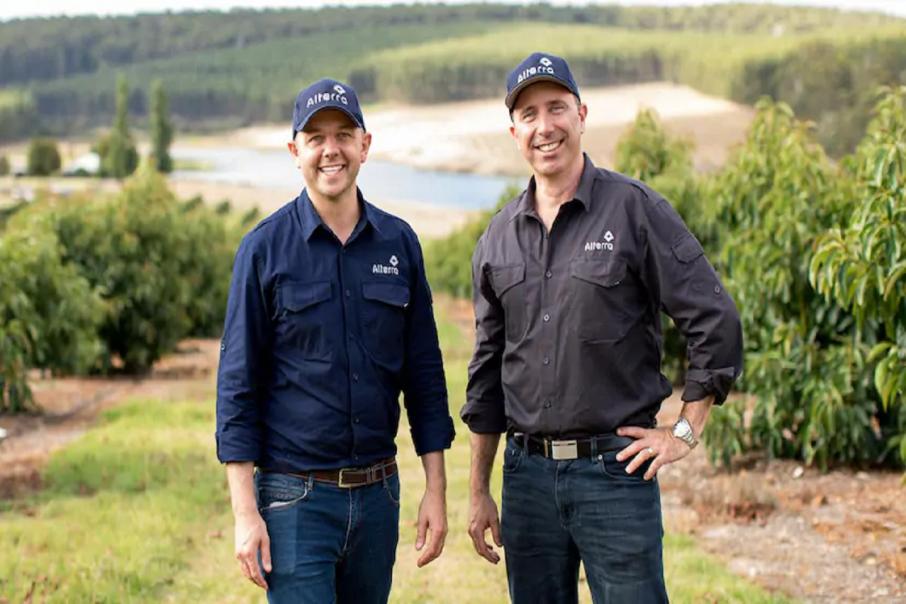 Just 12 months after taking the helm at ASX-listed agricultural company, Alterra, Oliver Barnes has successfully pivoted the company and made good on his business model to create long term investment grade agricultural assets that are attractive to the institutional investment market. Alterra is set to become one of WA’s leading avocado orchard developers after leasing 300ha of prime land near Pemberton in Western Australia’s South West.

The land will be leased from Red Moon Property Holdings, an entity related to the Casotti Group, WA’s largest privately-owned fruit grower, packer and wholesaler.

Alterra has secured a 30-year lease with two 10-year options over the property with the project to be known as the ‘Carpenters Project.

Alterra’s investment in Carpenters will be via a special purpose vehicle that is set up to build, own and operate the orchard. Management said it will commit A$350,000 to the vehicle for initial working capital including two years’ worth of rent and it will look to co-invest in the project alongside institutional investors that it will look to bring in.

Subject to detailed engineering studies, confirmation of plantable hectares and availability of funding, management said the orchard will have the potential to produce between 20 tonnes and 30 tonnes of avocados per hectare per annum after maturity which should occur around year 9.

The company said that the latest avocado harvest in Pemberton achieved prices of between $5.44 –$9.38 per kg, potentially setting up an ongoing income stream that would make a gold miner blush.

Alterra’s managing director, Oliver Barnes said: “The Carpenters Project site is exceptional with the region highly regarded for its favourable climate, reliable rainfall, excellent soil types and quality water, which makes this site a high-value asset for Alterra. The Carpenters Project is a significant opportunity to launch Alterra’s new business model with an outstanding asset supported by quality management.”

“Alterra operates in an asset class known to hedge inflation with limited correlation to economic cycles that typically impact other asset classes. There has been strong demand at an institutional level, with billions of dollars invested into Australian agricultural assets over the past 12 months.  This is the first of several planned projects for Alterra and I am pleased to say the Company’s opportunity pipeline is strong."

Alterra will no doubt lean on the intellectual property from agreements it secured back in November last year from another WA producer, the French’s Group, to ensure solid growth rates for the crop.

The company said said it gained access to superior genetic information from avocados that have been selectively produced by the French family who established the first commercial-scale avocado crop in WA over 30 years ago.  French’s Pemberton farms contain over 32,000 trees that produce more than 5.8 million of the nutrient-packed, high-value fruits per year.

Alterra will benefit from French’s historical and future orchard production data to analyse for future production and cost estimates against these economic benchmarks.

As part of the lease, Red Moon will be responsible for the works associated with land clearance and construction of the dam sites and the Casotti Group has guaranteed to provide the Carpenters Project with 500 megalitres of water per annum from its adjoining property “Casuarina”, which will be used to support avocado plantings while a dam is constructed.  Subject to completion of a feasibility study, the dam to be constructed is expected to hold approximately 3.0 gigalitres of water.

Casotti Group Director and General Manager, Mario Casotti said: “My family has been landowners and orchard operators in Pemberton for decades. Carpenters adjoins our renowned “Casuarina” property and is a large contiguous development site, in a premium growing region, with access to significant high-quality water and nutrient rich Karri soils perfect for avocado production. We are pleased to work with Alterra to realise our dream of developing Carpenters and are confident in Alterra’s capacity as project developer and manager to successfully deliver this unique opportunity.”

Alterra said that in addition to the on-farm dam sites being considered in the engineering studies, the proposed Southern Forests Irrigation Scheme has plans to run a pipeline along the eastern border of the Carpenters Project.  This infrastructure project could have a materially positive impact on project economics if delivered in time.

Barnes has managed to get all the pieces of the jigsaw on the table – he just needs to successfully piece them together now.

However, with what looks to be a lucrative growing region and a swag of growing smarts surrounding the project, the final piece of the puzzle – institutional investors – might just fall into place on demand.