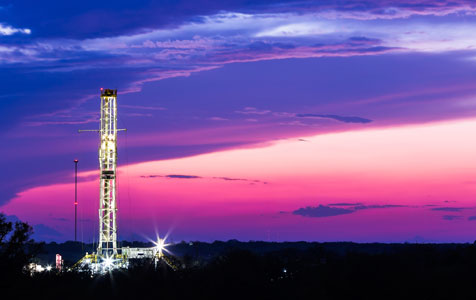 The IPO is targeting as much as $20 million through the issue of up to 100 million shares at 20 cents.

This is $5 million above the prospectus target, on the back of a cornerstone investment of $5 million from an unnamed Hong Kong investor.

One analyst suggested this support could have come from a party such as Amerril Energy, the US oil subsidiary of Chinese corporate Qingdao Kingking Group.

Amerril is an oil and gas producer focused on the Woodbine acreage north of Houston, and is the second largest shareholder in Western Australia-based US shale oil explorer Sun Resources.

The size of the Winchester raising has caught some market watchers by surprise, particularly given the tough IPO market. Only five WA companies were publically listed in the June quarter.

But joint advisers CPS Capital Group and Patersons Securities Corporate Finance were both bullish about the level of support.

Winchester currently has a 50 per cent working interest in this asset on the eastern shelf of the Permian Basin through a joint venture with US oil and gas producer CraRuth, which owns the other 50 per cent stake.

“People want to invest in things that have near term news and good news flow very quickly,” Mr Peterson said.

“They don’t want to put their money in and wait six to 12 months for a company to get going.”

Mr Allchurch and fellow Winchester directors Messrs Henry and Kenny are also vending their 80 per cent working interest in a 1,880 hectare site in Nolan County into the public listing.

In late 2013, Mr Allchurch and Mr Henry struck a deal to sell this interest to TW Holdings, which would have given them a 36 per cent holding in TW.

TW planned to change the company’s name to Beretta Oil & Gas on completion of the deal, which was conditional on a $12 million capital raising.

However the board of TW Holdings did not proceed with the purchase of the so-called Van Hoogen Oil Project.

In a statement made in February this year, TW Holdings said: “The due diligence process identified a number of issues which impacted on the valuation of the proposed transaction.”

Mr Peterson said the assets had developed further, along with investor appetite since the TW Holdings proposal.

“It’s turned out the quality of the assets are way better than what we anticipated at the start and we decided to go out into a clean IPO,” he said.

The funds from the raising will be used to fund further drilling and testing of its acreage, including the Thomas 119-1H well and bring in a farm-in joint venture to expand the drilling program and support further lease acquisitions.