RETIRED farmer Rosston Vince, of Geraldton, will not partake in an entitlement offer for Aspen Group's ailing property fund, scheduled to close this week. 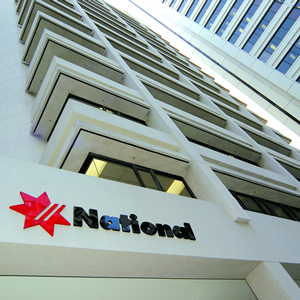 RAISING: Aspen is seeking between $15 million and $25 million to meet a new load facility with Nab. Photo: Tim van Bronswijk

RETIRED farmer Rosston Vince, of Geraldton, will not partake in an entitlement offer for Aspen Group's ailing property fund, scheduled to close this week.

The 63 year old, who invested $230,000 in the Aspen Diversified Property Fund, said he would rather farewell his investment than attempt to raise and then hand over another similar-sized amount to the Perth-based property fund manager.

If Aspen is successful in raising at least $15 million through the entitlement offer, unit-holders who don't take part will have their investment severely diluted.

Aspen is one of several property fund managers to have run into trouble during the credit crunch. Orchard Funds Management and Becton Property Group are two other property managers - both with assets in Western Australia - seeking capital to bolster their balance sheets.

Last month, Aspen issued an entitlement offer seeking between $15 million and $25 million to meet a new loan facility with lender, National Australia Bank. The fund previously breached its loan covenants after getting caught with a highly geared portfolio as the credit crunch took hold.

If the entitlement offer is unsuccessful, Aspen will turn to external investors to raise the capital, which would also dilute the holdings of existing investors who don't participate. The fund's net tangible assets would be diluted by 70 per cent from the current NTA.

Mr Vince said the majority of investors who attended a briefing at the Parmelia Hilton Perth last month were retirees.

"Row after row after row said we've got no more money," Mr Vince said. "And why have the meeting at the Parmelia. They could have had it at an RSL and saved some money."

Mr Vince said Aspen had other capital raising avenues available to it, such as a controlled sale of a small number of properties, other than threatening a fire sale of assets if investors don't put more money in.

A group of stakeholders are attempting to have the offer withdrawn via the Australian Securities and Investments Commission.

Aspen Group chairman Reg Gillard is understood to have met at least one dissident stakeholder, as the company seeks to limit reputational damage.

One Perth investor told WA Business News he supported the entitlement offer, arguing it was the best strategy to take in a bad situation.

"We are confident, but you can never tell ... with retail investors," Mr Del Borrello said. "We don't want to be seen as opportunistic so we want all shareholders to step up."

Aspen closes its entitlement offer this Friday (July 24). Mr Del Borrello has previously said 70 per cent of the portfolio would be sold off if the fund didn't raise enough money, and he has already ruled out the listed Aspen Group bankrolling the fund's debts.

A fund researcher said it was no surprise a large number of investors in the fund were retirees, as they would have been attracted to the high yield and may not have been fully aware of the risks of leverage.

Aspen has deferred its management fees of about $2.6 million to be retrieved at a later date. The fund will start paying monthly fees to Aspen from September.

"We make sure shareholders are paid before we are and we make sure the banks are," Mr Del Borrello said.

A managed fund researcher told WA Business News listed companies that ran managed funds, like Aspen, still had to charge fees in times of distress much to the chagrin of affected investors, because the companies had a duty to their shareholders to make money and had ongoing expenses.

"You can't just walk away; there are still costs to run a fund," the researcher said.