After midnight it’s Harry who?

Northbridge hospitality operators are paying the price for the actions of a small group of troublemakers. Adam Orlando reports. 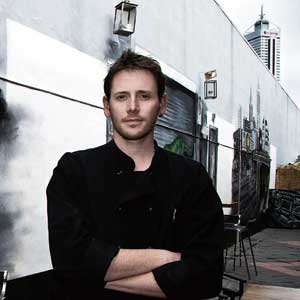 RESTAURATEUR Garry Griffin has a problem.

It's not getting people through the doors of his chic new tapas venue, Harry's Bar, on the site of the former Simon's Seafood Restaurant in Northbridge.

Instead it's asking them to leave, despite the bustling crowd still enjoying the contemporary cuisine and imported beer.

Not that he wants them to leave mind you. Rather, it's the law, and a Northbridge curfew means regardless of whether a customer has come through the door, come midnight everything closes.

"We get 200-plus people in on a Friday and Saturday night, but after 12 there's nowhere for them to go," Mr Griffin told Gusto.

"I'm 52 years old, I like to go out after midnight and have a drink.

"We have no problems here at all; we have good business people that come in, they have something to eat and have a few drinks or a dance.

"I like to get something to eat when we shut the place up but there's nowhere to go, and I'd like to stay open until 2am. We get people through the door for it, but unfortunately at the moment you just can't [stay open]."

Last April, WA Police Commissioner Karl O'Callaghan ordered a review of liquor licensing in Northbridge, saying there was a culture of violence and alcohol abuse that needed to change.

Mr O'Callaghan has called for hotel trading hours to be cut back and wants police to have the power to issue prohibition notices to known violent offenders.

Yet Mr Griffin says venues like Harry's Bar are paying the price for a handful of people who cause problems.

Mr Griffin and his sons, Paul (pictured above) and Mark, took over Harry's Bar from Perth hospitality stalwart Harry Ferrante in February, replacing arguably one of Perth's most successful and historic seafood restaurants.

While Mr Griffin may be new to Northbridge, he and his sons have many years' industry experience, and between them bring a fresh outlook on hospitality to Perth.

Mr Griffin believes the popularity of tapas is growing in Perth, with more patrons preferring the option of a grazing bar menu, wood-fired pizzas in the main bar or a tapas tasting menu in the private dining room.

But the former chef says it's frustrating as a business owner in Northbridge to operate with the stigma attached to the entertainment precinct.

Like many before him, Mr Griffin would like to change the public perception of Northbridge and see it return as a safe, vibrant entertainment precinct.

"We believe our business is quite a unique organisation, small but growing in the hospitality industry," he says.

"We've spent a lot of money renovating the place and now we have a tavern licence, and although we've had some headaches with the council, things are going quite smoothly at the moment.

"It would just be nice if we could stay open later."

Both Paul and Mark gained hospitality business experience at a young age and have opened and operated a number of successful hospitality venues in Perth.

Mark is Harry's director of operations, and during the past four years has overseen the development of Whiteman Park village cafe and catering services, while working alongside his brother and father to develop other venues such as the new cafe at the Fremantle Prison.

Paul is an award-winning chef trained in WA and London, spending time last year in the kitchen of Halo restaurant at the Barrack Street jetty, and winning a silver medal in the WA Oceanafest Restaurant of Champions awards this year.