Affinity Energy and Health is now one of just a handful of companies that have received approval to establish a medicinal cannabis cultivation and manufacturing facility in Malta. The company plans to use its proven RotoGro technology used in Canada to develop a facility capable of producing 3000 kilograms of cannabis bud per annum once all expansions are completed. 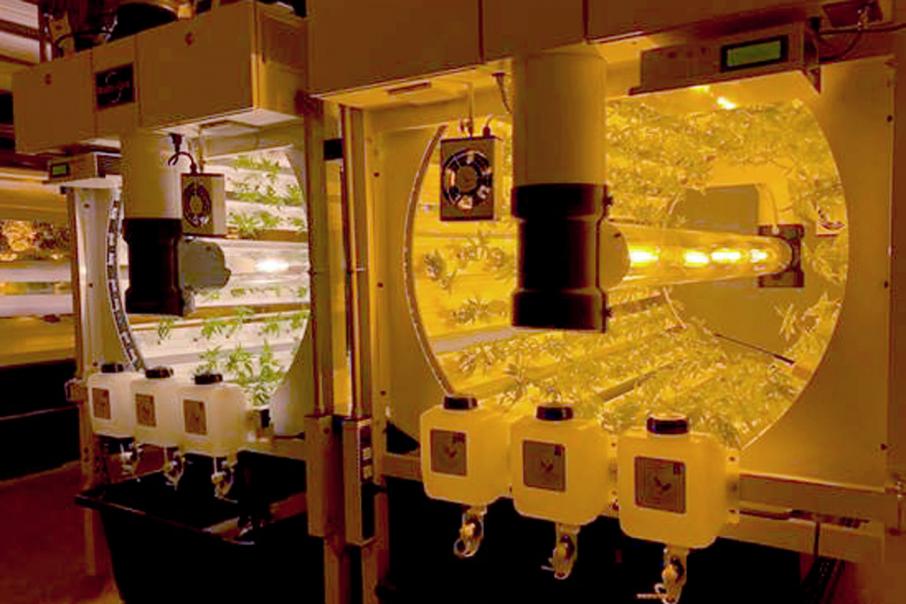 Affinity Energy and Health has joined a rather exclusive club of companies that have received approval to establish a medicinal cannabis cultivation and manufacturing facility in Malta.

The company will be allotted 2200 square metres of industrial land to construct and operate a fully automatic, controlled environment, hydroponic cultivation, manufacturing and distribution facility.

Other companies that were issued the letter of intent by Maltese investment body, Malta Enterprise, include Canada’s Aurora Cannabis, a CAD$7.5bn market cap medical cannabis producer.

Malta, a member of the European Union, provides a gateway to the more than 500 million people who live in the 23 member countries that have legalised medical cannabis.

Affinity’s planned facility will use its proven “RotoGro” technology used in Canada that allows for up to nine times the surface area for growing compared to traditional growing techniques while allowing for 5.5 harvests per year.

This is achieved through the use of stackable, rotating growing beds that are expected to produce 3000 kilograms of cannabis “bud” per annum, once all units are installed.

The facility will be built to meet European Union good manufacturing practice standards with an initial 15 growing units. This will be expanded over three years to a total of 175 units.

Affinity said the initial build out will be funded through internal resources and the expansions via cash generation.

The company will invest an initial €200,000 in a wholly-owned subsidiary incorporated in Malta. A further €3.4m is expected to be invested over 3 years to achieve the planned production level.

Separately, Affinity is working with Austrade and Colombia’s ProColombia to submit a licence application for the cultivation, manufacture and sale of medical cannabis in Colombia.

This licence is expected to be issued during the first half of 2019.

The company’s application for an Australian medical cannabis licence is also currently being processed by the Australian government.

Affinity Managing Director Malcolm James said: “The approval of our plans to establish a vertically integrated cannabis operation in Malta is an exciting development which will position Affinity as a globally significant player in the medicinal cannabis sector.”

In October, Affinity signed an MoU to be the exclusive supplier of algae and cannabis oil formulations in either discrete or blended forms to fellow Australian company Skin Elements.

The two companies will collaborate on the development of a new range of algae and cannabidiol based natural skin care products for supply to key global markets.

Affinity also recently executed an MoU with The University of Sydney in August to support its medicinal cannabis research and development activities in Australia.

Under this agreement, The University of Sydney will undertake research programs utilising Affinity’s bank of Australian medicinal cannabis cultivars to develop products focused on strategic stress and pain reduction (and management) in commercial livestock and the pet animal sector.

With the global cannabis market expected to be worth over USD$55bn by 2024 according to Global Market Insights Research, Affinity’s plans to establish a medical cannabis cultivation and manufacturing facility in Malta provides a doorway into what is looking more and more like a major potential market.