Adriatic rings the till again in Bosnia 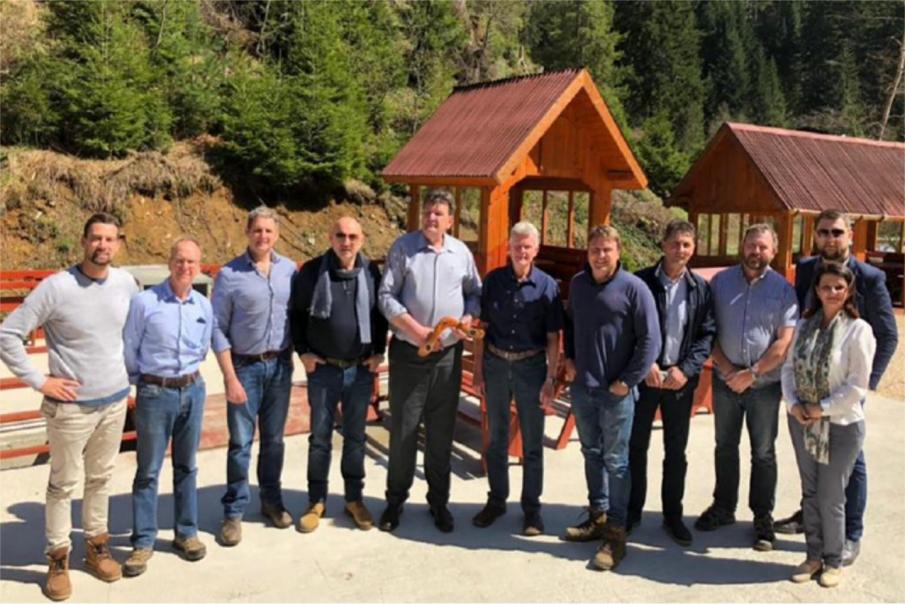 The latest set of results have extended the footprint of the Rupice North zone by another 30m to the north courtesy of more spectacular precious and base metals numbers from diamond drilling at the project.

The new results show an 80m down-dip extension of high-grade mineralisation intersected in drilling last year, but incredibly, the true width of the sediment-hosted zone has thickened from 10m to about 70m and divided into two ore lenses.

The ore zone has also flattened in this area, potentially decreasing the stripping ratio for any proposed future open pit mining operation at Rupice.

Adriatic CEO, Geraint Harris said: “BR-3-18 represents another significant extension to the north and notably down dip at the Rupice North Zone. As we continue to step out our drilling, we significantly expand our knowledge of this very exciting thick and highly mineralised zone, which remains wide open in several directions.”

“Our current drill program is advancing well, and the early results have been quite spectacular, both in terms of grade, thickness and extension. We continue to drill, both at the Rupice North Zone and the JB Zone and look forward to updating our shareholders on further results in due course”.

The new results outline the exceptional growth potential of the heavily endowed ore system at Rupice, which may well rank amongst the highest grade polymetallic deposits globally.

Adriatic is undertaking a 15,000-metre diamond drilling program at the 100%-owned Vareš project in Bosnia and the work at Rupice is expected to be channelled into a maiden mineral resource estimate due later this year.

At the nearby Veovaca project, the company has already defined a JORC compliant mineral resource of 4.4 million tonnes grading 2.0% zinc, 1.1% lead, 36g/t silver with significant gold and barite credits

The significant polymetallic ore grades and thicknesses intersected at both the Rupice and Veovaca projects, greatly decrease the volume of ore reserves Adriatic needs to define a profitable mining operation at Vareš, in the low-cost environment of the Balkans.

Bosnia generates its power through significant hydroelectric schemes in the country and is a net exporter of power, with costs being extremely attractive, between 5c per kilowatt hour up to 8c per kilowatt hour.

The country also has excellent infrastructure with the projects centred around the town of Vareš, which is only 15km by road from an operating railway line.

This gives Adriatic easy access to European markets for its products.

General and administrative expenses are very low compared to Australia, Canada and the US, with technical staff like engineers and geologists being paid about USD$300 per week at comparable mining operations in Bosnia.

At Veovaca, mineralisation begins at surface and historical metallurgical records showed only small impurity penalties from the production of ore concentrates.

Perth-based CSA Global has confirmed a very low economic cut-off grade of only 0.5% zinc equivalent at Veovaca, implying that almost all the ore extracted from its operations would be run-of-mine feed for processing.

The company is well funded with $10m banked for exploration and development activities in Bosnia for the next 2 years, as it continues to prove up resources and reserves at the flagship Veovaca and higher-grade Rupice deposits.

There is still some upside too with regional exploration concentrating on the Borovica and Jurasevac-Bresic zones.

The broader market appears to be waking up to Adriatic’s emerging Bosnian story too, with the company’s stock more than doubling to 46c a share in the last couple of weeks.

Just where this resource will finish up is anybody’s guess but chances are it won’t be mediocre.