After successfully identifying and drilling a number of extraordinary, multi-commodity mineral deposits in Bosnia, Adriatic Metals has moved to lock up the wider mineral province around its key project areas. The company has now more than quadrupled the size of its ground holdings in the region and locked up most of the 25km long metal rich terrane. 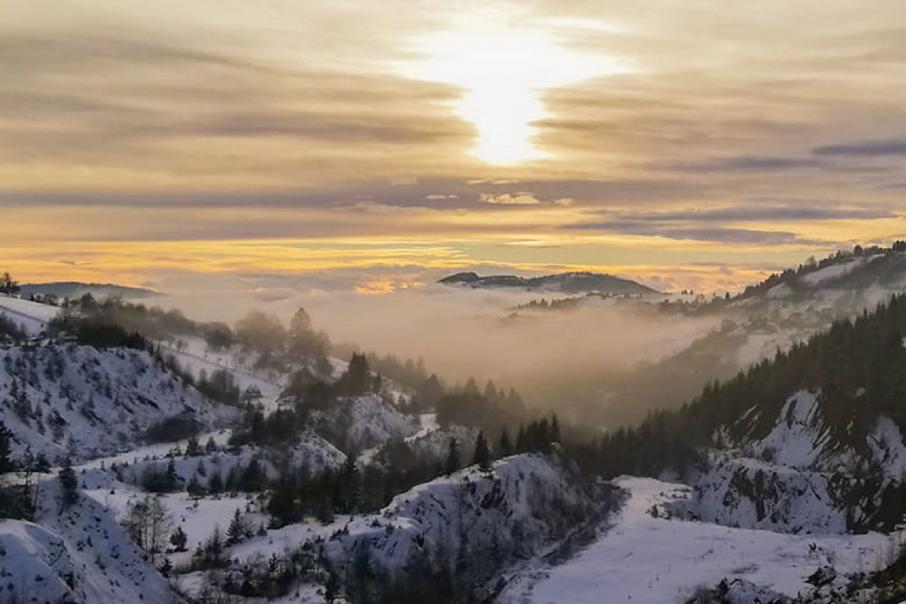 After successfully identifying and drilling a number of extraordinary, multi-commodity mineral deposits in Bosnia, Adriatic Metals has moved to lock up the wider mineral province around its key project areas. The company has now more than quadrupled the size of its ground holdings in the region and locked up most of the 25km long metal rich terrane. Adriatic’s five concession areas now cover more than 4,000 hectares and take in the Veovaca and Rupice silver ore bodies in addition to eight other prospect areas.

By any measure Adriatic has seen a meteoric rise since listing on the ASX just a couple of years ago at 20c.

Its 60 and 70m long drill intersections that are littered with almost every known commodity – at commercial grades - have propelled the company’s share price to around $2.80 since then.

“The approval of the concession is the result of months of very constructive work by our team in Bosnia, in conjunction with the local government agencies. It clearly demonstrates the positive environment for mining in Bosnia and the willingness of both the Municipality of Vares and of Zenica-Doboj Canton to work cooperatively with Adriatic to significantly expand our land holding, and as a result, increase exploration investment in Bosnia & Herzegovina.

“Our focus now will be to continue to identify the right structural, lithological and geo-chemical conditions that resulted in the high grade Rupice silver deposit and explore for possible repeats of that mineralisation in the new concession area.”

Adriatic’s Vares silver-lead-zinc project is located in central Bosnia and Herzegovina some 50km north of the capital Sarajevo. It occupies a strategic position over the established Vares mining district, taking in a number of historical mines and prospects including the high-grade silver mines at Rupice and Veovaca.

The Vares mineral field is an east-west trending sedimentary basin that covers around 25km of strike surrounding the regional centre of Vares. The region has a mining history that dates back to the 13th century and historically boasted the largest iron ore mine in Yugoslavia immediately adjacent to the town at Smreka, which in the 1980s, produced around 1Mta of siderite-limonite iron ores to feed the nearby foundry at Zenica.

The ore bodies scattered throughout the Vares mineral field are interpreted to be sedimentary-exhalative, or ‘SEDEX’ style deposits and produce a range of mineralisation styles from siderite-limonite iron ore deposits through to silver-lead-zinc deposits similar to the company’s Rupice discovery.

Globally SEDEX deposits are of considerable economic significance and include the massive Zambian Copperbelt deposits in Africa. They were also the precursors to the world-class Carlin-type gold deposits in the United States. SEDEX deposits typically occur in clusters and, with right structural architecture in place, can develop into ore systems of colossal proportions – a message that appears not to have been lost on Adriatic market followers who have already propelled the company to a market cap of over $400m.

Adriatic has recently finalised an application with the local regional Government approving a significant expansion of the company’s mining concessions. Adriatic’s new concession areas expand the company’s ground holdings in the region from 868 hectares to over 4,000 hectares, covering two key project areas – the Rupice-Semizova Ponikva area west of the town of Vares and the Brezik-Vares East project, east of the town.

These new areas lie along strike from the company’s high-grade silver-lead-zinc deposits in the region and will become priority target areas as Adriatic works to complete its feasibility studies over the Rupice and Veovaca deposits and begin to expand its resource inventory in the region.

The company’s regional exploration program over its expanded Vares ground holding is already underway, with the historical exploration and mining data currently being collated and airborne geophysics planned over the wider concessional area.

Several areas within the new tenure present as targets for immediate follow up including the Brezik concession east of Vares. Brezik hosts two historical iron ore mines at Brezik and Droskovac. Droskovac also hosts a residual lead-zinc deposit that weighs in at 900,000 tonnes at 3.9 per cent combined lead and zinc. This deposit was discovered in the 1980s and has yet to be followed up with modern exploration.

Historical exploration at Vares East, adjacent to the company’s Veovaca deposit area, has identified a host of copper and barite rich targets along strike from the deposit. The Barice target has returned some enticing rock chip samples at up to 23 per cent copper and 54 g/t silver, whilst sampling in trenches at the Grubanovici, Ljevaci and Debele Mede prospects has produced samples grading up to an incredible 89 per cent barite – interestingly, these projects have not been explored since the 1960s.

Work on Adriatic’s pre-feasibility for the Rupice and Veovaca silver-lead-zinc deposits continues in the wake of this week’s resource update for Rupice with results expected in the coming weeks.

With an expanded playing field, two potential mining operations moving through feasibility and a wealth of new targets, Adriatic looks well positioned to take full advantage of a booming metals market and its trail-blazing position in the Balkans.