Adriatic Metals has announced a spectacular drill intersection of 64m grading 4.6g/t gold, 537g/t silver, 0.9% copper, 7.7% lead, 10.8% zinc and 46% barite from its project in Bosnia. The result extends mineralisation 80m down-dip and 50m down-plunge of the original geological interpretation. The company also reported gold mineralisation up to 3.5g/t in grab samples from the historic JB Zone, 1km away. 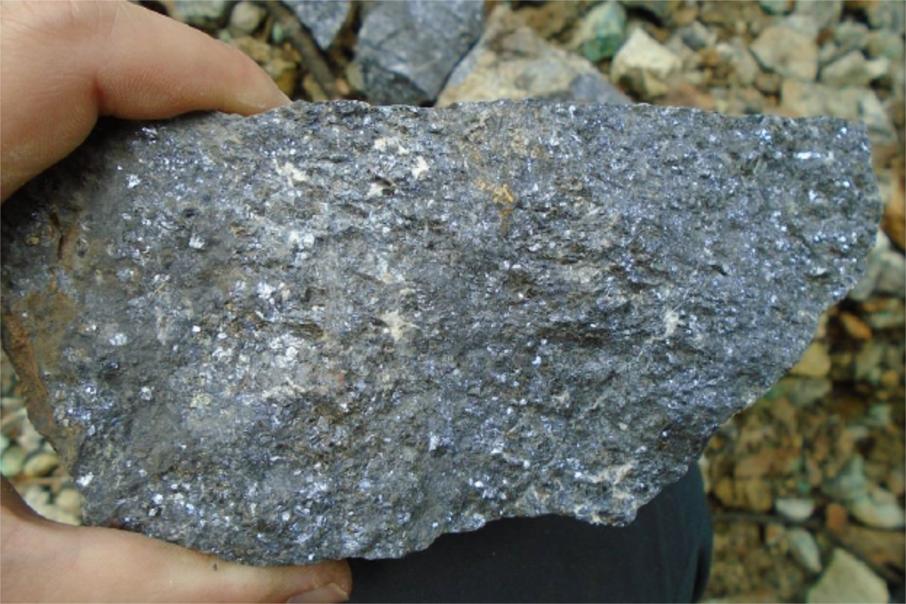 Just weeks after listing on the ASX, Adriatic Metals has produced a spectacular, 64m long drill hole that boasts a cocktail of high grade minerals that is so diverse that it would have most geologists scratching their heads trying to work out what the principal mineral might be.

Importantly, the new intersection extends the mineralised lode at Rupice by at least another 80m down dip and 50m down plunge and it is still open at depth.

The Rupice mineralisation commences from surface and the latest result is located nearly 300m below ground level.

Adriatic Metals CEO, Geraint Harris said: “The results are exciting in a number of respects: firstly we have revealed the continuation of thick mineralisation on a 80m step out hole, which has the potential to add significant tonnes to any future resource; secondly we have assays confirming that this extension has grade continuity in excess of the exceptionally high grade precious and base metals content of BR-1-17, which make these some of the highest grade polymetallic results on the ASX.”

The company commenced a 15,000 metre diamond drilling program at its 100% owned Vareš project in early May, with the first phase focussed on northern extensions to the enticing Rupice mineralisation.

Recent electromagnetic geophysical interpretation has shown potential extensions of the polymetallic Rupice ore system to the northwest, which has now been strongly supported by the new drilling results.

The high-grade mineralisation is clearly visible in the drill core and consists of a slew of base metal sulphides, significant gold-silver mineralisation and barite ores within strata-bound brecciated sediments.

Additionally, Adriatic also announced high-grade gold mineralisation of up to 3.5g/t gold in grab samples from an historic exploration adit at the Jurasevac Brestic or “JB Zone” prospect, 1km southeast of Rupice.

Management confirmed that the tenor of the mineralisation from Jurasevac is similar to Rupice, providing at least some confidence that the source of mineralisation may be related in both areas.

Adriatic will undertake further reconnaissance field exploration and sampling to determine the potential continuity of the Rupice and Jurasevac mineralisation within the geological corridor that separates them.

Mr Harris added: “The presence of high grade gold in the dumps at Jurasevac gives us further confidence in the JB Zone as a high grade polymetallic deposit in a style similar to Rupice.”

“Our first holes at JB Zone are currently underway and the drilling target coincides with a strong geochemical soil anomaly and a significant gradient array induced polarisation geophysical signature”.

Adriatic is off a dream start at its Bosnian project that could turn out to be either a gold, silver, lead, zinc or barite mine – or maybe even all of the above.