Adriatic Metals continues to rattle the cage in the Balkans, posting a 32 per cent increase in the tonnage of its emerging world-class Rupice silver deposit in Bosnia and Herzegovina. The resource for Rupice weighs in at an impressive 12 million tonnes with 149 g/t silver, 1.4 g/t gold, 4.1 per cent zinc, 2.6 per cent lead, 0.5 per cent copper and 25 per cent barite. 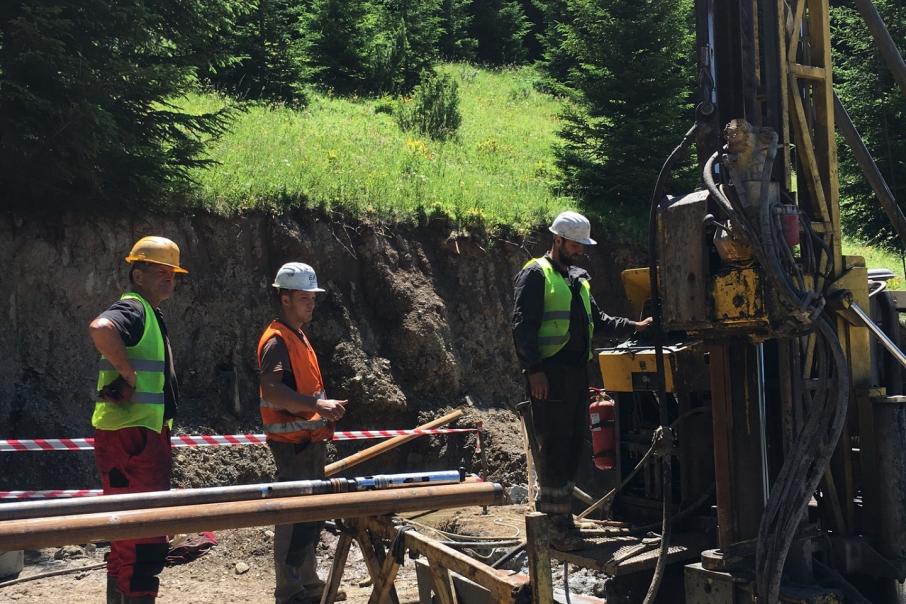 Adriatic Metals continues to rattle the cage in the Balkans, posting a 32 per cent increase in the tonnage of its emerging world-class Rupice silver deposit at the Vare project in Bosnia and Herzegovina.

“This updated MRE shows the world class nature of the deposit and positions the Company as one of the leading silver developers in the industry.”

“Rupice is an exceptionally high-grade silver dominant deposit, and the increase in tonnes will expand on the results of our 2019 Scoping Study, as we seek to finalise a Pre-Feasibility Study in the coming weeks.”

The Vare project hosts the Rupice and Veovaca polymetallic deposits adjacent to the town of Vare, in an established mining district 50km north of the capital Sarajevo.

The lure of undiscovered riches at both Rupice and Veovaca has attracted the attention of prospectors and miners dating back to the 1980s. But it is the more recent exploration by Adriatic employing modern techniques that has confirmed a resource at Veovaca of 7.4 million tonnes at 2.3 per cent combined lead and zinc with around 41 g/t silver and 13 per cent barite. The resource extends from surface to around 200 metres depth. While Veovaca certainly adds to the economics of the overall project, indications suggest it could be Rupice that emerges as the star of the show.

Rupice is located 12km north-west of Veovaca and was mined for a small tonnage of ore which was treated at the Veovaca plant before the mine shut down in the late 1980s. Adriatic completed its maiden drilling program over the discovery in 2017, intersecting high-grade silver ores and setting the deposit on its current path towards feasibility.

The high-grade polymetallic Rupice deposit is hosted by a north-east dipping, brecciated dolomitic sediment that has been crosscut by a series of faults. The ore system is, on average, around 20 metres wide however where these faults intersect the ore it seems to blow out considerably with drilling intersecting outstanding widths of silver-rich mineralisation in the central portion of the deposit that can be up to 65 metres wide.

Drilling has outlined the mineralisation at Rupice along more than 650 metres of strike with modelling of the ore system indicating it remains open along strike to the north and down dip to the south. The latest drilling program has continued to return high-grade massive sulphides showing the resource still has plenty of scope to continue to grow.

The company’s scoping study was completed in late 2019 and shows a robust set of numbers for the development of the two deposits at Vare with headline figures including a Net Present Value of US$917 million, an Internal Rate of Return of 107 per cent and a payback period on the initial capital of less than two years. These numbers were compelling enough to set Adriatic on a course, pushing the button on the project and driving it to feasibility.

In the interim, drilling is continuing at both Rupice and Veovaca, and with the company’s metallurgical program also well advanced and with the new resource now finalised, much of the work for the Pre-Feasibility Study is now complete.

With a positive scoping study already locked away, a new resource under its belt, and an ongoing drill program, Adriatic certainly seems to be in a prime position to continue its charge toward production in the Balkans and to deliver its eagerly awaited Pre-Feasibility Study for the Vare project in the coming weeks.