Eight protesters were arrested at state parliament today as members of the Extinction Rebellion group took their climate change activism to the next level, with a sitting in the legislative assembly brought to a standstill. 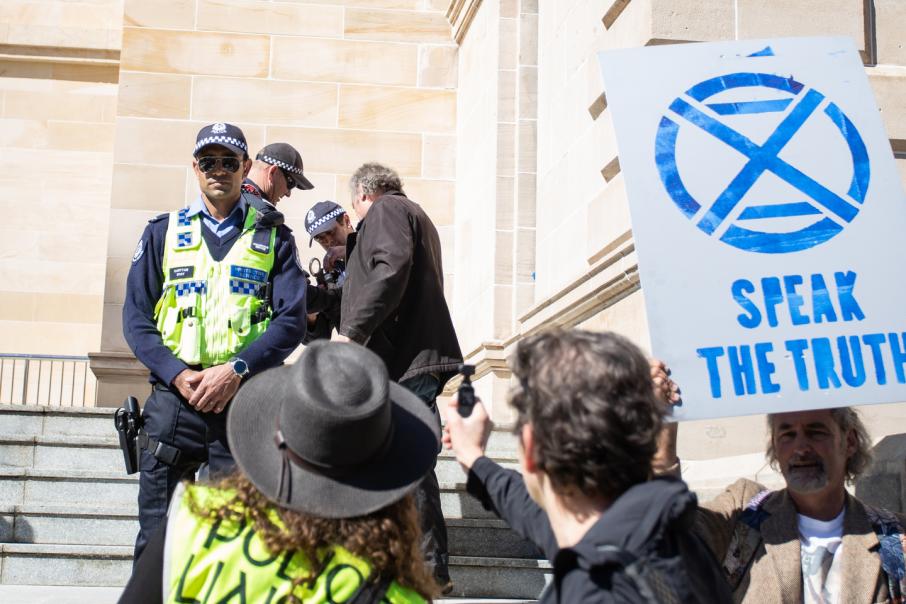 A member of the protest group is released from arrest. Photo: Gabriel Oliveira

Eight protesters were arrested at state parliament today as members of the Extinction Rebellion group took their climate change activism to the next level, with a sitting in the legislative assembly brought to a standstill.

The group claimed up to 500 people joined the rally around parliament house, some of whom had been involved on other previous environmental campaigns, such as against the Roe Highway extension.

About 15 members had disrupted parliament, with eight of those arrested and three further issued move on notices.

It was the group’s second protest in Western Australia, after staging a die-in in the city in June. 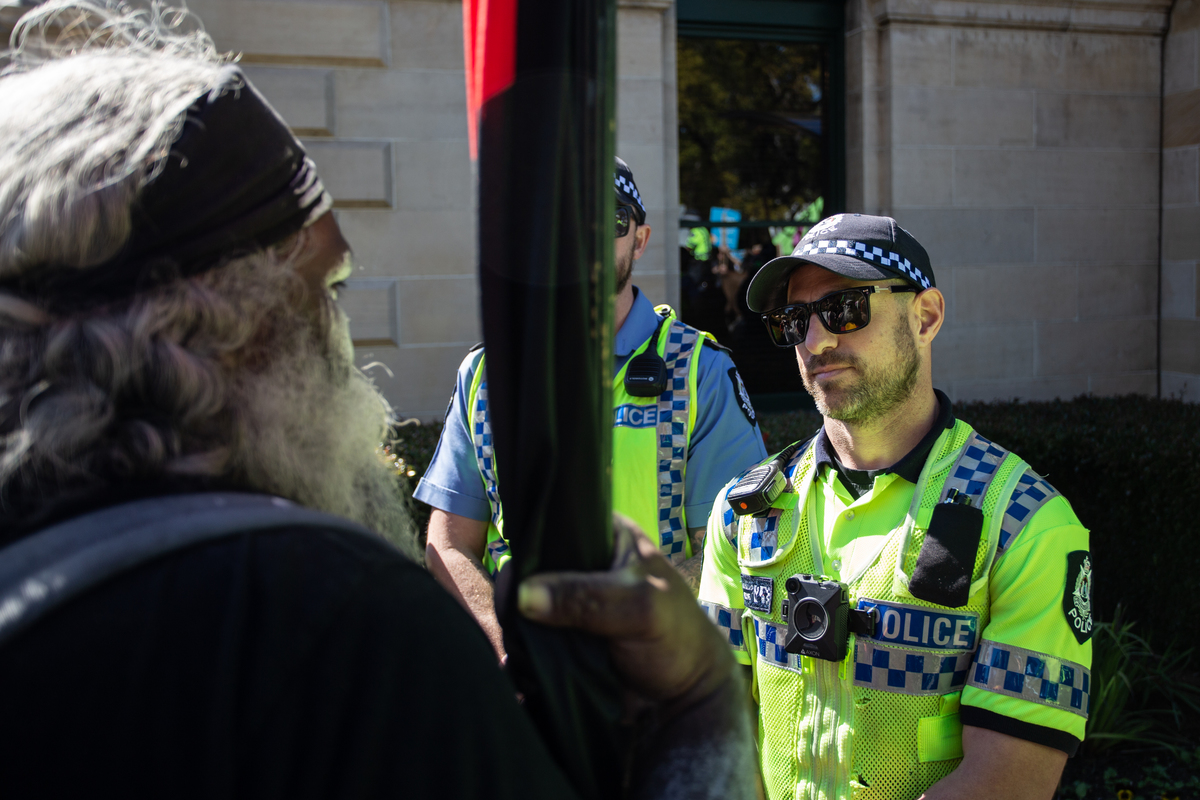 The group said turnout had doubled since its first outing.

Extinction Rebellion was founded in October 2018 in London, touting non-violent direct action to press governments to accede to three demands.

Those demands were to create a citizens assembly to make decisions on climate policy, declaring a climate emergency, and pledging net zero carbon emissions by 2025.

For context, the International Panel on Climate Change has recommended targeting net zero emissions by 2050. 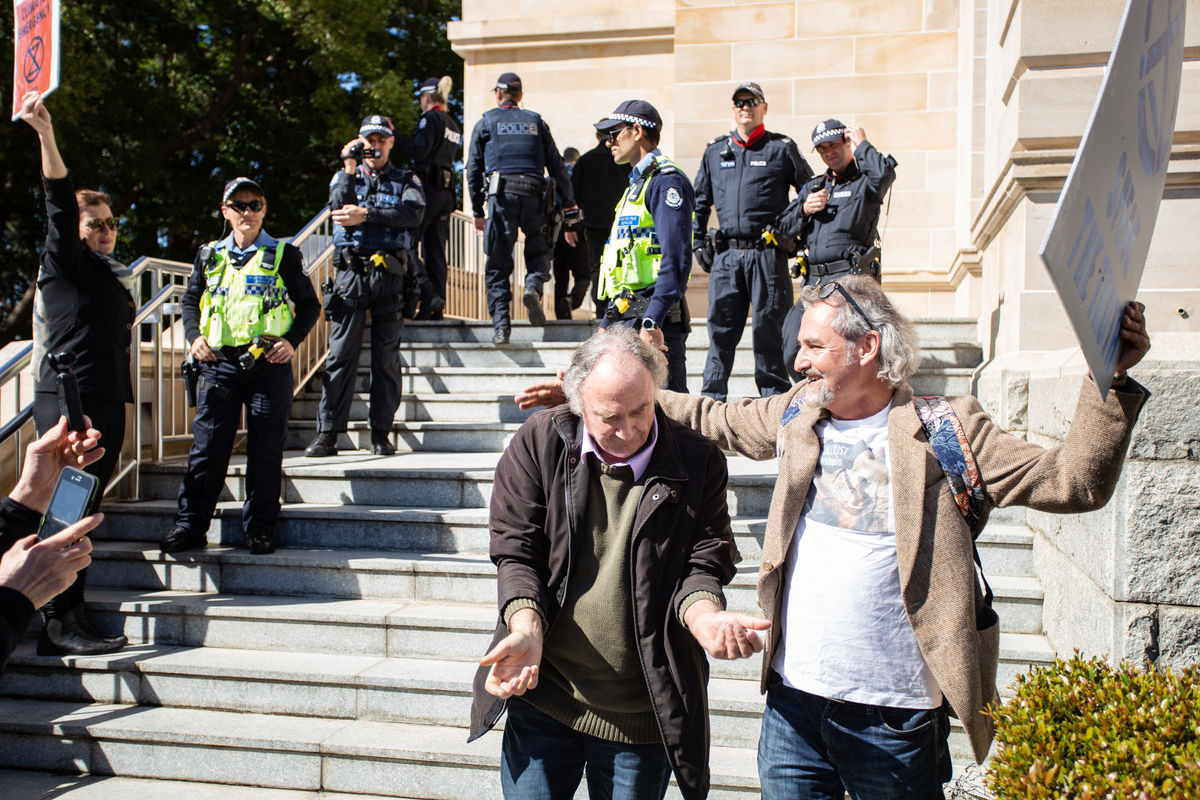 Earlier today, the group sent out a media release with an ominous warning about how far they might be willing to go.

“ If the Premier or members of his government chooses to meet with XRWA to discuss our three demands we will meet him on the steps,” the release said.

“If not, at 12pm noon, Extinction Rebellion WA will declare rebellion against the Western Australian government.

“If the Western Australian government refuses to act on the climate and ecological crisis, their mandate is void.

“The Declaration of Rebellion and actions surrounding it will be theatrical, creative and dramatic.

“We are whole-heartedly committed to the principles and ethos of non-violence, respect and sacrifice.

“We are willing to sacrifice everything to get this crisis the attention it needs.

“As a result, there may be surprises in store.

“In the absence of a response from government, our actions will escalate through the afternoon.” 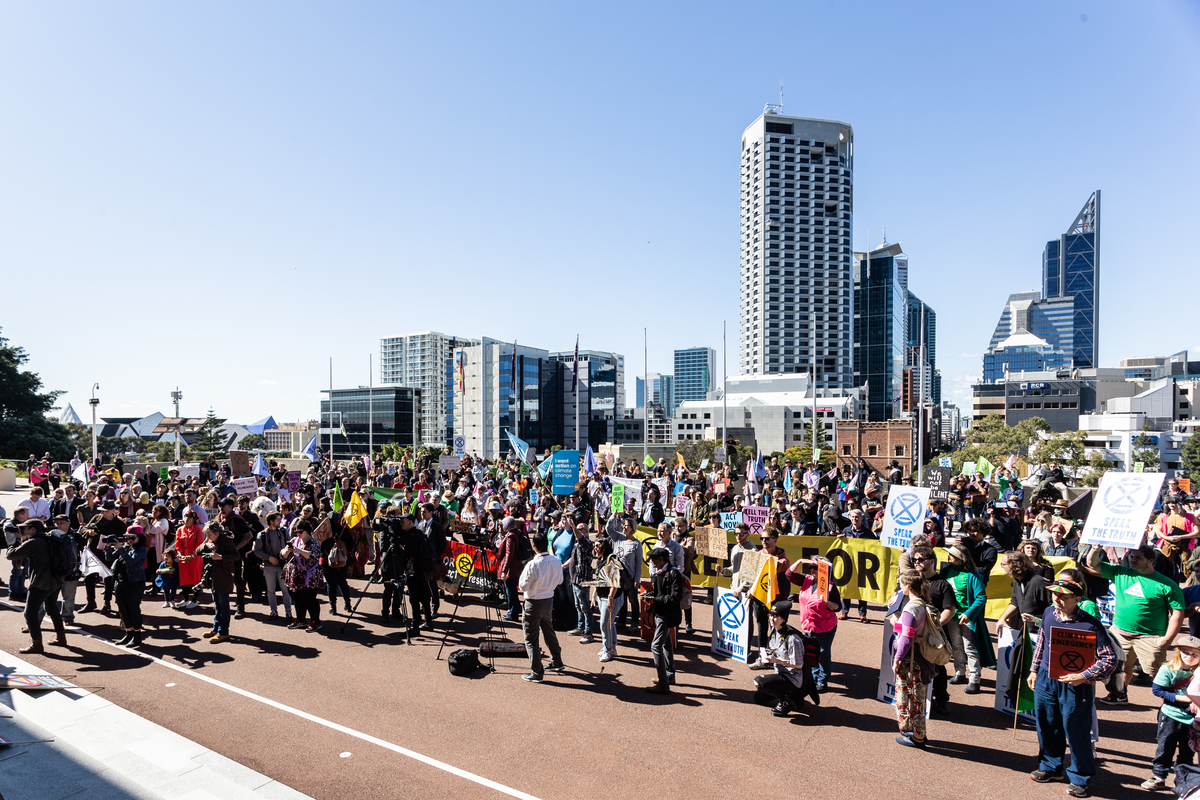