Lithium Australia’s 90 per cent-owned subsidiary, Envirostream Australia looks likely to be a major beneficiary from the introduction of an accredited process for the collection and recycling of spent, or end-of life batteries with the launch of the Battery Stewardship Council's national battery collection network early next year. Under the Battery Stewardship Council’s scheme, approved entities will be paid to collect and recycle hazardous and toxic spent batteries. 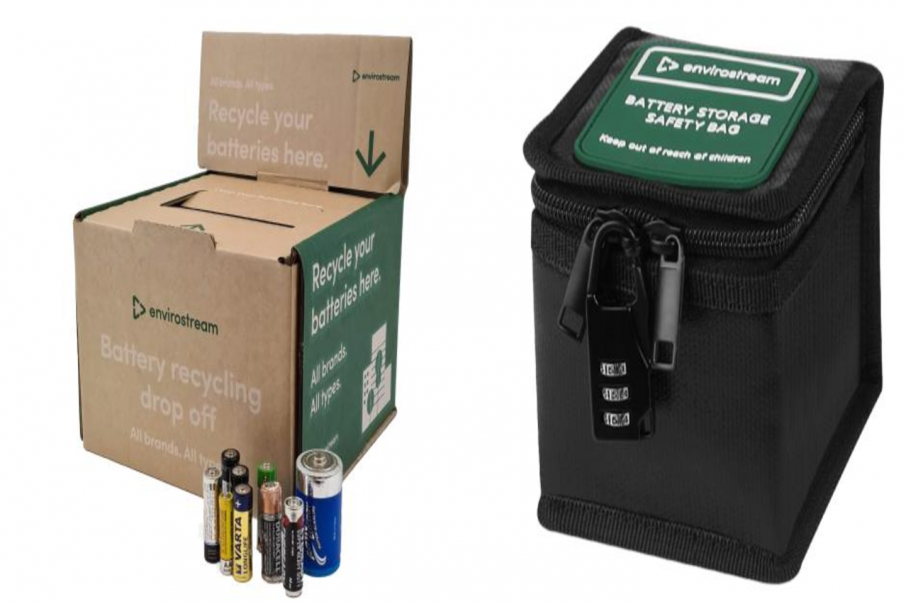 ASX-listed Lithium Australia’s 90 per cent-owned subsidiary, Envirostream Australia looks likely to be a major beneficiary from the introduction of an accredited process for the collection and recycling of spent, or end-of-life batteries with the launch of the Battery Stewardship Council’s launch early next year. Under the Battery Stewardship Council’s scheme, approved entities will be paid to collect and recycle hazardous and toxic spent batteries.

Melbourne-based Envirostream operates the only commercial battery recycling facility in Australia, according to Lithium Australia.

The facility, the company says, is capable of sorting, shredding and separating the components of all types of spent batteries to efficiently recover a range of recyclable materials.

Mixed-metal dust contains cobalt, nickel, lithium and manganese, making it a sustainable feed source for the manufacture of new batteries.

The not-for-profit Battery Stewardship Council has secured funding from the Federal Government and industry to implement the initiative, which it hopes to kick off in January 2022.

The council plans to provide a national network of drop-off points for the simple discarding of spent batteries for collection and then recycling.

Envirostream, a financial member of the council, recently received dangerous goods approvals for the design of its 6kg and 12kg storage and transportation boxes for the collection and safe transport of mixed batteries for recycling.

Most spent batteries in Australia, other than used lead acid batteries, are currently relegated to landfill, according to the Melbourne-based Battery Stewardship Council.

Envirostream Managing Director, Andrew Mackenzie said: "The (Battery Stewardship Council) scheme is vital to improving Australia's battery recycling rates, which currently sit at around 10 per cent – a very low figure in comparison to other countries. At Envirostream, we're developing mixed-battery collection systems designed for convenience and approved for safety and the mitigation of environmental risk."

Ongoing funding of the new national battery stewardship collection for recycling scheme will be underpinned by an annual levy to be charged against all imported eligible batteries.

The levy has been proposed at an initial $0.02 per equivalent battery unit, or “EBU” and will be capped at $0.04 per EBU.

An accreditation process is being developed for each stage of the collection network designed to ensure the recycling process is safe and verify that batteries collected under the banner of recycling are actually recycled.

Accredited collectors and recyclers will receive rebates upon proof of recycling.

Battery Stewardship Council Chairman, Gerry Morvell said: “Battery stewardship will ensure that all end-of-life batteries have a recognisable pathway from home, office or workplace to an accredited domestic recycler.”

Together with Envirostream, there are several familiar names who have hopped on board the scheme, including Energizer, Duracell, JB Hi-Fi, Panasonic, Tesla, Bosch, Officeworks and a host of others.

Last month the Battery Stewardship Council received a Federal Government grant of $1 million towards the development and implementation of the battery stewardship scheme.

The council says the grant will enable it and its partners to mobilise the resources necessary to establish the national collection network.