If Tony Abbott and his ministers had stuck true to their word they would not find themselves so unpopular with voters, after less than a year in office. 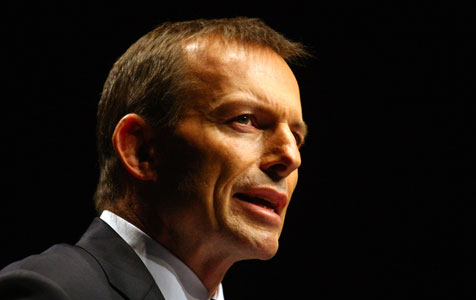 CAPITAL SPENT: Tony Abbott and his team’s failure to honour some of their pre-election commitments have cost them dearly in terms of public trust.

You'd have thought Tony Abbott and his right-hand men (and woman) would have learned a thing or two about reading the public mood during the nearly seven years they sat on the opposition benches.

Having relentlessly pursued Julia Gillard and her Labor-Greens government for introducing the CO2 tax, despite a pre-election commitment not to do so, it should have been crystal clear to Mr Abbott et al that any political leader who reneged on a promise to the Australian people could expect a wrathful response in the court of public opinion (and the ballot box).

All of which begs the question as to why the coalition made such a ham-fisted job of drafting, and then selling, its first budget.

So poorly received has the budget been that recent polls have put the government significantly behind Labor, led by the unimaginative Bill Shorten.

Many reasons for this failure come to mind, but the two most telling are those for which there can be no excuses in politics – lying and laziness.

As noted, it’s clear Australian voters will not tolerate being taken for mugs, as Ms Gillard so clearly did over the CO2 tax.

Once she dishonoured her promise not to tax CO2, she went into what was probably the fastest and steepest poll dive in Australian political history.

Not only did she fail to recover, she instead went on to be ousted by her failed predecessor, Kevin Rudd.

That’s what her CO2 fib, so skilfully targeted by Mr Abbott, did to Labor.

For its part, the opposition made any number of promises ahead of the 2013 election.

On the plus side, some of these have been honoured, such as stopping the boats and scrapping the CO2 tax, although the latter proved more difficult than first thought given the unpredictable performance from PUP senators.

But during the campaign, opposition heavy hitters Mr Abbott, Mathias Cormann and Joe Hockey went all-out on the issue of trust and honesty, promising they would lead a government of no surprises and no excuses, a government of grown ups that would not raise taxes and would govern for all Australians.

Clearly, therefore, their most valuable asset was the honouring of core promises.

Mr Abbott stated in televised appearances that tax increases were something Labor specialised in inflicting.

Therefore the budget move to impose a tax hike (albeit ‘temporary’) on anyone earning over $180,000 a year immediately placed Mr Abbott and his team into immediate deficit in terms of credibility.

Compounding this, the budget also included an increase in the excise on fuel, further reinforcing the view that they cannot be trusted.

But what of the government’s other major failing – laziness?

Although this hasn’t had much attention it also underlies coalition problems.

The simplest way to explain this is to recall that the coalition was in opposition for six Rudd-Gillard years.

Assume that throughout that time the coalition had, on average, 100 members of parliament.

That means taxpayers paid for the equivalent of 600 years of MPs.

Now, since it generally takes about four years to research and write-up a doctoral thesis, those 600MP/years can be viewed as 150 potential doctoral theses.

But no MP was asked or even expected to write a thesis.

What that notional 150 signifies is that committees of coalition MPs, over those six years, should have easily researched, investigated and compiled 150 reports on how Australia could be more efficiently, effectively, equitably and cheaply governed and administered once they were returned to power.

But what did we get?

A Commission of Audit that was handed the task of completing a ‘fix-all’ report for a new government within five months.

Its members included two former Canberra public servants, one from Perth, a retired Liberal MP, and the head of the Business Council of Australia.

Although there’s little I’d disagree with in the committee’s report, the question that needs asking is

If they’d been on the job they’re so handsomely paid for there would have been no need for a hurried, last minute audit report.

There instead would have been 150 smaller, but just as insightful, reports ready to access and consider.

Do MPs ever think about investigating future policies? Do they ever aspire to doing so?

I realise an argument some are likely to counter with is that the last time something akin to this occurred was the honest, candid and fateful John Hewson ‘Fightback’ policy Labor’s Paul Keating so deviously used to retain power.

The laziness criticism doesn’t call for a re-run of Fightback, however.

What was needed was for 150 well-researched position papers to be on tap for coalition party room consideration and debate straight after last September’s election.

Instead, collective coalition laziness meant a tiny group of ministers were left belatedly scampering through a hurriedly compiled report no-one really had time to contemplate.

Honesty and more effective work while out of government would have avoided the coalition’s huge post-budget poll slump.

Because that’s not what Australians got, we now have an even lazier Labor opposition gearing-up to regain to power in 2016.