The federal government seems to have abandoned any effort at budget repair, and is instead focused on securing re-election. 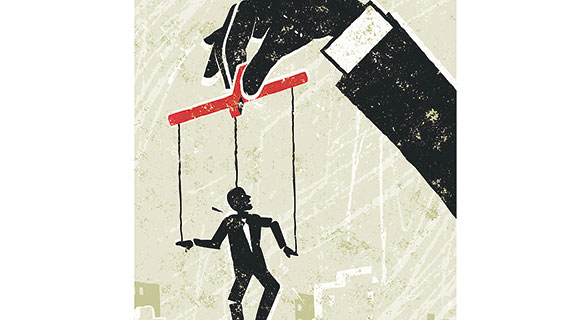 The federal government seems to have abandoned any effort at budget repair, and is instead focused on securing re-election.

Amid the many thousands of words written and spoken in analysis of the Abbott government’s second budget, a couple of quotes I encountered during the week perhaps sum up the document best.

Quote one is from my long-time favourite economist, Thomas Sowell of the Stanford University-based Hoover Institution: “The welfare state is the oldest con game in the world; first you take people’s money away quietly and then you give some of it back to them flamboyantly.”

Quote two comes from New Limited columnist Chris Kenny, who was told by an unnamed senior government minister in Parliament House on budget night that: “The best thing we [the government] can do to guarantee budget repair is to get re-elected.”

Those words together capture the thrust of budget 2015.

Professor Sowell’s point on quietly taking people’s money will be realised by the Abbott government through bracket creep – with both sides of politics blaming the other for failing to address the issue.

Both the Coalition and Labor have a vested interest in quietly reaping, via bracket creep, as many tax dollars as possible so they can “give some of it back … flamboyantly” via a range of vote-buying ploys.

Bracket creep, to use an old Aussie saying, is ‘money for jam’, because no legislation needs to be tabled, debated and passed by parliament to raise additional revenue since inflation does all that for those in, and those seeking, power.

The best example of the Abbott government resorting to flamboyance was, of course, the 1.5 per cent lowering of company taxes on so-called small businesses, and allowing their proprietors to claim deductibility up to $20,000.

Labor has backed this new outlay and trumped it by re-committing to a 5 per cent cut in small business tax.

The only public figure to have questioned this double-barrelled flamboyance was none other than one-time Labor leader Mark Latham.

So outraged was he while watching Channel 7s Sunrise anchor man, David Koch, interviewing former Victorian Liberal premier Jeff Kennett and Tony Abbott on the budget that he phoned the program and, in traditional Latham style, went for Mr Koch.

“So Kochie instead of you having a little love-in with the prime minister, how about putting some real fiscal questions to him instead of kissing him on the cheek.”

He next turned to the government’s flamboyant small business vote buying.

“It’s a joke Kochie, isn’t it, that after 24 years of economic growth and wealth creation in Australia, an economy awash with money, record low interest rates, do we really need a government spending money on small businesses, that the government hasn’t got?” he said.

When adding what the prime minister is happy to call ‘Tony’s tradies’ to the budget’s implied bracket creep, it’s hard not concur with Professor Sowell that the centrepiece of budget 2015 was simply opting to play “the oldest con game in the world”.

Their targeted small business tax write-off is at best seen as a desperate bid to boost their ratings, which had so dramatically nosed dived after budget 2014.

But what to make of that anonymous government minister’s claim that “The best thing we [the Abbott government] can do to guarantee budget repair is to get re-elected”?

It is difficult not to suspect that the minister in question believes budget 2015 has fallen well short of being a budget repair exercise.

The coalition has done little to address the debt legacy left to Australia by Kevin Rudd, Wayne Swan and Julia Gillard.

However, it should be noted, this isn’t entirely the Abbott-Hockey-Corman trio’s fault. Their 2014 budget was undoubtedly a tentative step towards budget repair.

Unfortunately, and almost fatally as things transpired, Mr Abbott sought to run alongside the treasurer’s “end of entitlement” pathway sizeable levels of big spending in other quarters.

In other words he’d set out on a two-bob-each-way-track, something that understandably confused and confounded many voters – thereby sparking a prolonged slump in coalition polling figures.

Added to this was the bloody-mindedness of Bill Shorten-led Labor, which refused to back the government’s early and modest attempts to pull back on spending.

Among other things, this meant Labor refused to back spending cutbacks it had announced prior to the 2013 election.

Does such wilful behaviour not confirm the anonymous minister’s contention that the only exit from the legislative gridlock Mr Abbott finds himself in is to aim to repeat the clean sweep that British PM, David Cameron, effected, with a little more carefully targeted flamboyance to ensure victory?