AVZ Minerals has met with officials from the Tanzanian Govt, regarding infrastructure and transport options for proposed future shipments of its Manono lithium project ores through the Port of Dar es Salaam. The company also revealed this week that it had appointed mining veteran, Michael Hughes, as its new Project Director, to steer the future development of the Manono operation in the DRC. 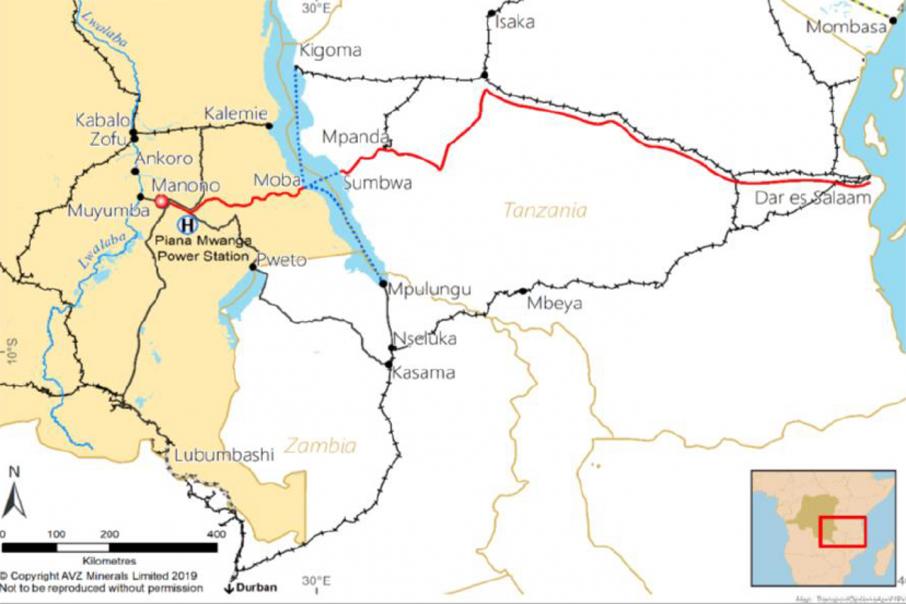 In a sign of confidence in its massive Manono lithium-tin project in the Democratic Republic of the Congo, AVZ Minerals’ Managing Director, Nigel Ferguson, recently met with high-ranking officials in the Tanzanian Government about infrastructure and transport options for proposed future shipments of its lithium ore through the Port of Dar es Salaam.

The company said that discussions centred around the available capacity, laydown and storage areas at the port and a further range of benefits such as tax incentives and exemptions and planned rail/port upgrades, should AVZ consider ore beneficiation activities within Tanzania.

The port is located about 1,300km east of the Manono project.

Mr Ferguson said: “All of the … officials that I met offered every possible assistance to facilitate the company’s objective of being able to efficiently and cost-effectively transport Roche Dure (ore) concentrate via the port of Dar es Salaam.”

“The company is now working towards securing formal Letters of Intent with the Tanzania Railways Corporation, Tanzania Zambia Railways Authority and Tanzania’s Export Processing Zones Authority around the movement of Roche Dure concentrate.”

AVZ also revealed this week that it had appointed mining veteran, Michael Hughes, as its new Project Director, to steer the future development of the Manono operation.

Mr Hughes comes highly credentialled, with more than 35 years’ experience in Engineering, Procurement and Construction in the minerals and metals markets, having worked for both engineering companies and clients to execute studies and projects.

His experience covers metals and minerals commodity plant design and construction in Africa, India, France and Australia and he has worked in many African countries, including Malawi, Mozambique, Namibia, Botswana, Madagascar and Ethiopia, according to AVZ.

Mr Hughes has also served as General Manager and Vice President of companies and as the Managing Director of Bateman Engineering India.

He joins the Manono team from Evolution Mining where he was Project Director of significant plant expansions at its Cowal gold mine in New South Wales.

Mr Ferguson said: “We are especially pleased to welcome Michael to our team as the Manono Project Director as we advance (the) project. Michael joins our team having significant experience in managing many studies at all levels including scoping, pre-feasibility and definitive feasibility.”

“He also has proven success in developing projects, having built a sulphuric acid plant in Madagascar, executed a diamond mine cutback upgrade in Botswana and led the technical due diligence work for the international lenders on the Roy Hill project in Australia.”

Earlier this week, the company said that its Phase 1 sighter test work using an industrial-sized, dense media separation pilot plant for its Manono ores had concluded and the work had produced very positive results.

In addition, both tin and tantalum recoveries from the program and heavy media separation by gravity techniques proved to be promising and will be further explored in the ongoing confirmatory Phase 2 test work, AVZ said.

AVZ also said that its pit dewatering activities at the historical Roche Dure were progressing better than anticipated, with a drop of at least 0.75m in the water level recorded for every 24 hours of operation.

Mr Ferguson said that that dewatering would help facilitate and advance further feasibility studies at the project.

AVZ controls a 65% interest in the Manono project, which contains the impressive 400 million tonne, Roche Dure lithium mineral resource grading 1.65% lithium oxide, which is one of the single largest accumulations of high-grade, spodumene-dominated, pegmatite-hosted ore systems defined in the world today.