As AVZ Minerals approaches the home straight of its definitive feasibility study, the lithium developer has revealed that the first phase of its heavy metals test work has yielded potentially saleable tin and tantalum concentrates from its Manono lithium project in the DRC. AVZ recovered a total of 63% tin at a grade of 64.1% cassiterite, using the company’s existing lithium metallurgical flow sheet. 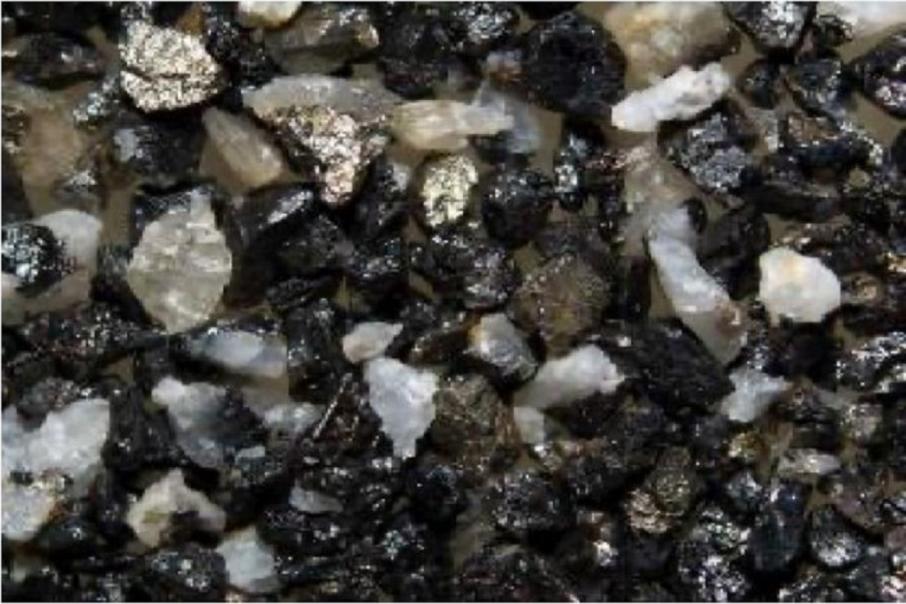 As AVZ Minerals approaches the home straight of its definitive feasibility study, the lithium developer has revealed that the first phase of its heavy metals test work has yielded potentially saleable tin and tantalum concentrates from its mammoth Manono lithium project in the Democratic Republic of Congo.

Tin is principally found in the ore mineral cassiterite, which is usually consistent with “coltan”, a tantalum-niobium ore mineral.

Cassiterite and coltan can be found in hard rock ore deposits, particularly in pegmatite hosted ores which is typical of lithium. The minerals can also be found in economic quantities in alluvial deposits, as unconsolidated sand or coarse gravel-like material.

AVZ has looked at the physical properties of its cassiterite and coltan ore minerals and run first pass test work on how to liberate and beneficiate the tin and tantalum from its principally lithium rich Manono feedstock.Various methods can be typically used to concentrate these metals such as gravity separation or dense media and magnetic separation, or “DMS”.

AVZ’s Managing Director, Nigel Ferguson, said: “The tin grades are … above 60% in both size ranges [coarse and fine fractions] and are highly saleable products, which could potentially contribute to reducing overall operating costs and to supply a significant and growing demand from the electronics market. AVZ is currently in discussions with several potential off take partners in this field.

AVZ re-ran a DMS spodumene concentrate through a magnetic seprator hoping the process would separate the heavy minerals such as tin or tantalum.

The company separated out two grain size fractions - coarse and fine - to run a preliminary mass balance analysis’ on the contained metal suite.

Coltan was only detectable in the fine grain size fraction and AVZ said that more work is needed to understand how the mineral is liberated during the separation process.

Overall, the total tin recoveries were 63% as determined by AVZ through mass balance analysis, however, the tantalum and niobium recoveries were 41% and 24% respectively, with the greatest loss of the metals at this point owing to fine tailings, according to the company.

The company said it is now potentially looking to use an on-site smelter to produce metal ingots of tin or tantalum.

Historically tin was mixed with copper to make “bronze” - the force that compelled civilisation into the Bronze Age.

Tin is an important metal and commonly used for plating steel cans that are used as food containers.

Approximately 60% of world’s consumption of tantalum is used in the electronics industry, with more than half used in the manufacture of mobile phones.

Niobium, along with tantalum, will not corrode and can maintain its integrity at high temperatures.

Niobium is used in “super alloys” for heat engines such as internal or external combustion engines and heat resistant equipment.

The Manono project area was historically mined for tin and tantalum through a series of open pits spanning about 10km. AVZ said the ore was crushed and then upgraded through a gravity separation process to produce a tin concentrate grading 72%.

Historical reports found by independent geological consultants, Bear Dolhbere, contained records dating up to 1949. The consultants said that production of tin from alluvial sources accounted for 3,500 tonnes per annum from 5,000 tonnes of cassiterite concentrate, with a grade of 72% tin.

Mr. Ferguson, said: “In addition to the hard rock tin and tantalum at Roche Dure, we are now investigating recovery of the alluvial tin and tantalum present in significant quantities across the concession.”

“As part of our social development programme and in line with transparency in the supply of these minerals from Manono, we have commenced analysis of these alluvial heavy minerals to determine if the metal values warrant further investigation”.

AVZ collected six samples totalling 50kg to analyse the tin and tantalum content in these alluvial deposits and found tin values ranging from 29.5% to 71.5% cassiterite.

With the presence of potentially economic concentrations of tin all but confirmed by its new test work, complimented by the presence of artisanal tin miners, the company has now added another valuable commodity to its growing list for its DFS.