Charter Hall Group and hospitality industry super fund Hostplus have acquired 54 pubs and liquor stores from ALH Group, including the Hyde Park Hotel and the Dunsborough Tavern among several from Western Australia, in a sale and lease-back deal worth more than $600 million. 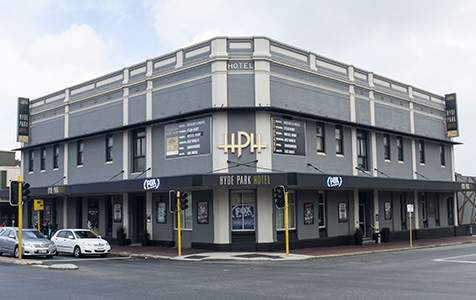 The Hyde Park Hotel has been sold to a partnership between Charter Hall and Hostplus.

Charter Hall Group and hospitality industry super fund Hostplus have acquired 54 pubs and liquor stores from ALH Group, including nine in Western Australia, in a sale and lease-back deal worth more than $600 million.

ALH Group, which is 75 per cent owned by Woolworths, announced today it would sell 54 pubs from its portfolio for $603 million, including 46 venues that also include a Dan Murphy's or BWS store.

The entire portfolio comprises 329 venues and 545 liquor outlets across Australia, including 29 high-profile watering holes in WA.

Of the WA venues, Woolworths has confirmed the Hyde Park Hotel, the Greenwood Tavern, the Belmont Tavern, Bunbury's Highway Hotel, Lakers Tavern in Thornlie, Dunsborough Tavern, Peel Alehouse, Bull Creek Tavern and the Herdsman Lake Tavern in Wembley are part of the sell-off.

Charter Hall said it had created a new wholesale partnership with Hostplus to acquire the properties, committing $302 million in equity and signing up for a $340 million debt facility from a syndicate of Australian banks to fund the acquisition.

Charter Hall and Hostplus will each contribute an initial $151 million investment to the Long WALE Investment Partnership.

Woolworths has agreed to lease back the sites for the next 20 years, with ALH Group retaining operational control of the hotels and liquor stores.

Chief executive Grant O'Brien said the company may use the proceeds of the sale to pay down debt, and the company preferred to lease, rather than own, its sites.

"The transaction is consistent with Woolworths' strategic priority to act on our portfolio to maximise shareholder value," he said.

"Woolworths and ALH's preference is to enter into long-term leases over its premises rather than holding property assets."

"Charter Hall's entry into the hospitality sector and the growth of its retail portfolio through the Dan Murphy's and BWS retail liquor assets, provides the group with exposure to a high quality CPI hedged resilient income cash flow, generated from a high-calibre tenant that leads both the liquor and pub hospitality sectors," Charter Hall joint managing director David Harrison said.