The prospects of a Perth consumer newspaper monopoly are firming, with the Australian Competition and Consumer Commission preparing to review a tie-up between The West Australian and The Sunday Times. 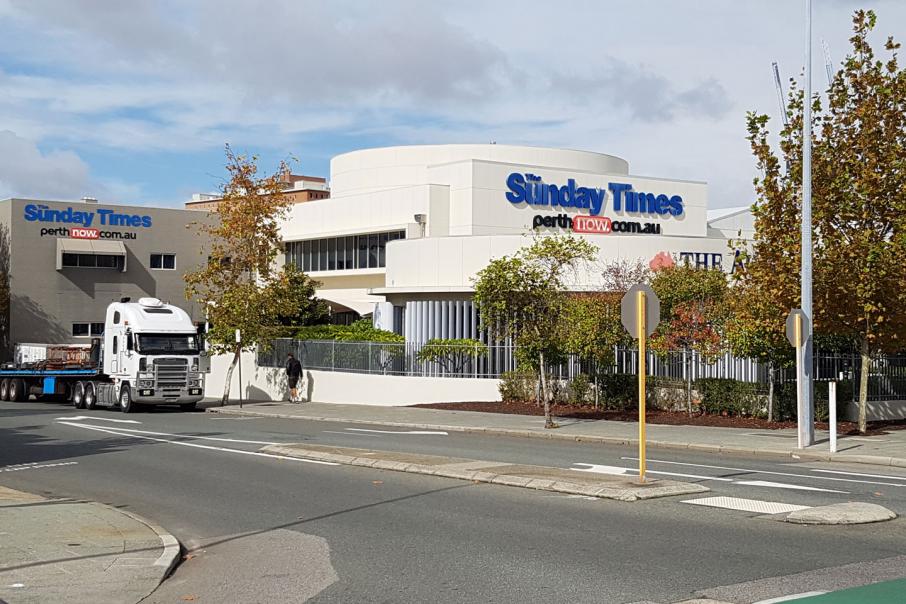 The Sunday Times' Stirling Street office is understood to be considered a prime asset for Seven West Media.

The prospects of a Perth consumer newspaper monopoly are firming, with the Australian Competition and Consumer Commission preparing to review a tie-up between The West Australian and The Sunday Times.

An ACCC spokesman confirmed the competition watchdog expects to begin a public review of the possible merger in coming months, pending receipt of certain information from both News Corporation and Kerry Stokes’ Seven West Media.

If the long-rumoured deal is approved by the ACCC, ownership of The Sunday Times would go to Seven West , making Mr Stokes the sole controller of mainstream print media in Western Australia.

However, sources tell Business News that the proposed acquisition of The Sunday Times by Seven West is likely to have significant property-related motivations, rather than purely an ambition to own both of WA's major newspapers.

The flagship property asset in a prospective deal would be The Sunday Times’ Stirling Street headquarters, which News Corp spent $16 million redeveloping in 2009.

News Corp’s Perth Print facility in Canning Vale’s industrial area is also understood to be a sought-after asset, which would presumably be shut down and sold or redeveloped.

The possibility of Seven West buying The Sunday Times from News Corp has long been the subject of speculation, with talks reportedly having been going on for nearly 18 months.

The two media companies are already entwined to a degree, with News Corp owning 50.1 per cent of Community Newspaper Group, and Seven West the remaining stake.

Multiple reports indicate staff at both papers have been briefed on the merger, while The West Australian is also understood to be on a hiring freeze in anticipation of the tie-up.

Sources say The Sunday Times could be printed at Seven West’s Herdsman printing facility as early as July. News Corp's national flagship The Australian is also likely to be printed at Herdsman although it was not otherwise part of the merger proposal.

The papers are currently being printed at News Corp’s Canning Vale printing facility.

It is not yet clear what would happen with News Corp's online news portal, PerthNow, which has 831,000 registered users. The West Australian's online news is presented in partnership with global internet company Yahoo!.