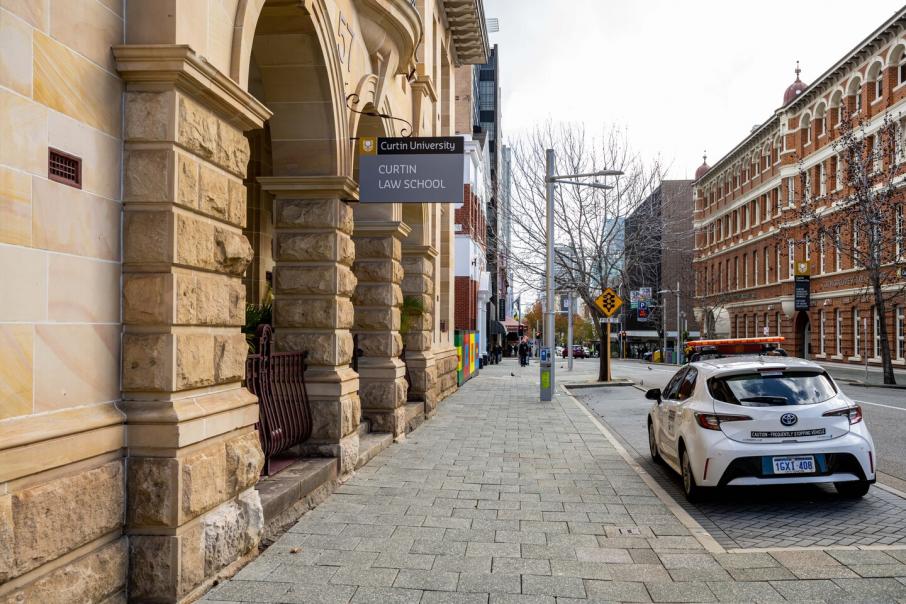 Perth is in the enviable po­sition of being among the top 50 cities in the world to study, according to the credible QS Best Student Cities rankings in 2019.

With a regional population base of 2.2 million people, Perth has five universities, a network of vocational training providers (including TAFE), and numerous private and selective schools.

It is fair to say that our stu­dents are spoilt for choice.

Given these assets and several other transformational moves, Perth is moving closer to becoming known as an education city.

Curtin University has a long-established campus for business and more recently added a school of law in Murray Street.

Murdoch University has taken a lease on St Georges Terrace, while Edith Cowan University, as part of the Perth City Deal, will occupy a signif­icant site adjacent to Yagan Square.

Also within the broader city limits is Perth Modern School, Bob Hawke College, and the grand old dame, The University of Western Australia.

As a student city, Perth will attract youth and a youthful perspective. Students bring a different demographic to the city from the traditional CBD worker and retail shopper and occupy it well beyond 5pm.

Central to creating more vibrancy and spontaneity will be students from the Western Australian Academy of Per­forming Arts, who will add to the creative class: rehearsing and performing not only on campus, but in and around it.

Perth is on the cusp of an exciting period of investment, growth, and change.

The city is an attractor of international students, par­ticularly those from India and China. To their credit, and be­cause an Australian education is highly valued, a number have stayed in Perth through­out the pandemic. In turn, we value their contribution to our economy and cultural life.

According to a report commissioned by StudyPerth, $39,417 is contributed to the state’s economy for every international student enrolled in WA. In 2019, this amounted to $549 million.

When the contribution of visiting friends and relatives is added, it is estimated that the 53,404 international students studying in WA that year con­tributed $2.1 billion to the WA economy.

In pre-COVID-19 times, there was nothing quite like the collective pride when international students were joined by their parents, sib­lings, aunts, and uncles, who had flown to Perth to cele­brate graduation day.

We know from our own research into Perth’s reputa­tion that experience boosts positivity, with those who have visited Perth rating it 29 per cent higher than those who haven’t.

Students who come to study from elsewhere are a means to increase the visitor economy and grow Perth’s reputation.

No better example of this came when I met one of my research idols, Hugh Mackay.

Hugh is one of Australia’s leading social researchers and has dedicated his life’s work to studying the attitudes and behaviours of the nation. An author of more than 20 books, he was in town to launch his latest publication.

In fan-girl style, I asked if he would sign my copy. I smiled when I read what he wrote: ‘To Marion, from a lover of Perth. Hugh.’

It turns out Hugh’s son had studied at WAAPA and, due to his many visits during that time, Perth had gotten under Hugh’s skin.

Learning doesn’t just hap­pen within the walls of our in­stitutions.

Given Perth’s status as the capital city of the state, a bio-diversity hot spot – Kings Park and Botanic Garden – also plays an important role in education. Horticulturists and botanists rub shoulders with students, visitors, and volun­teers, all eager to experience nature at its best in a near-city environment.

For many, Perth’s splendid isolation works in its favour, and not just during the current pandemic.

During a research project focused on arts and cultural vibrancy, artists said Perth was one of the few cities in the world they could learn their craft without distraction or outside influence. They then talked of travelling to gain experiences to hone their skills.

The city’s ability to educate people who make a profound difference in all spheres of life is laudable. That we can take our education know-how offshore through campuses in Malaysia, Dubai, Myanmar, Mauritius, and Singapore speaks of a desire for others to have what we have: a world-class education offering.

Given what we have available here, this edition of Promoting Perth is a reminder of just how much there is to share with the world.