A chance to return the favour: Basil Zempilas

The City of Perth needs someone who is independent and has a voice to be the next lord mayor, writes Basil Zempilas. 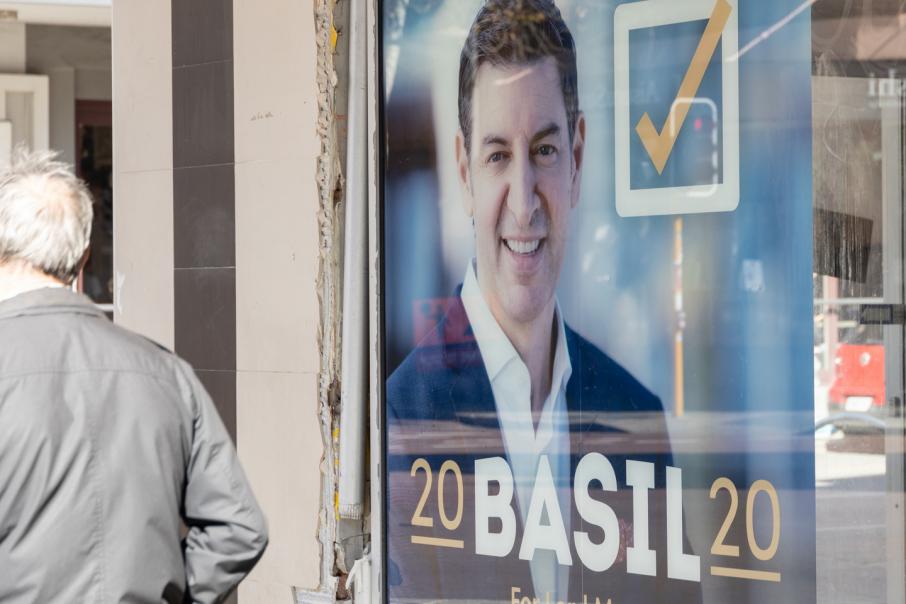 Basil Zempilas is a candidate for lord mayor in the City of Perth's upcoming election. Photo: Gabriel Oliveira

That’s how I feel after two months as a declared candidate in the race to become Perth’s next Lord Mayor.

It’s appropriate I congratulate my fellow candidates on their spirited campaigns and commend them on their role in this seven person contest of ideas.

I like to think we’ve brought the best out in each other.

During the campaign I’ve been asking residents and ratepayers of the City of Perth, “Who do you know and who do you trust?”

My absolute top priority is to clean the city up and make it safer and friendlier for families.

We often talk about economic drivers.

In my view, there is no greater economic driver than cleaning up the city, making the streetscapes more attractive, providing better lighting and making Perth more inviting for people to visit, work and live.

Homelessness in Perth and the increased numbers needs to be addressed.

I am the only candidate with a real plan, tried and tested, to help people who are homeless.

If elected, I will partner with Brisbane based Beddown.org.au.

It works because it makes sense.

Out of the cold, out of the elements, out of the doorways, off the streets and into otherwise unused night time spaces where they are safe; where bedding and wrap around services are provided and there is a roof over their heads.

It works in Brisbane. It can work here.

I have called for 200 extra police to be based at the Perth Police Station in Northbridge.

And after my calls for action, over the last month the state government has trialed extra police in Northbridge, and it has worked.

Compelling people focused events and attractions are at the heart of my plan, and already I have announced I will champion the 2027 Special Olympics for Perth

I want to bring the giants back to Perth; The modern giants, a one week school holiday extravaganza each year on Langley Park which brings in the mining companies biggest pieces of equipment, parades them down the Terrace and parks them so that the people of Perth can get a taste of the mining life in the city.

And if elected, I will bring my personal brand values to the leadership of our city.

Principled leadership based on three fundamentals my parents instilled in me.

They taught me to work hard, use common sense and to always do the right thing.

They are the qualities I will bring to the City of Perth council, a council where, just as has been the case over my 30-year broadcast career, absolute transparency, teamwork and a culture of excellence will be demanded.

And if a culture of change is needed to get there, I will lead it with my sleeves rolled up.

The ratepayers will come first, not individuals.

Every dollar will count and be carefully managed.

Doing business with the City of Perth will be easier.

I’ve spoken to many businessmen and businesswomen.

I’ve visited your boardrooms, businesses and offices, your retail spaces and your message is simple: you want the red tape cut.

You have my guarantee there will be faster approval times.

And where a ‘can’t do’ attitude exists, it will be replaced by a ‘can do’ attitude; my sort of attitude.

It is clear the Perth Parking Levy is a major impediment to many of you; $1,300 per bay, per annum, is too much, particularly when we know there is around $130 million dollars in the kitty.

If there’s that much money sitting in the kitty, the levy is too much or needs to be suspended.

The money is supposed to be spent on public transport needs: the CAT Bus, bus shelters and the like in the City.

The state government has a budget coming up.

They should either a) suspend the Perth Parking Levy for the next budget period, or b) lower the parking levy on an ongoing basis by around 20 to 30 per cent.

I call on the state government to listen to the concerns of the commercial property owners of Perth.

The levy is also a concern for commercial developers, and I would like to see an incentive scheme whereby a developer would be granted an exemption or further discount from the parking levy in return for a development incorporating a significant amount of residential floor space.

And on parking, for visitors to the city, some free parking periods would be appropriate, but not at the expense of sound financial management.

I will champion fairer, easier and incentivised parking, and an app to make parking and paying for parking easier.

And if for example a shopper spends $50 with a city business or retailer, then their first hour of parking would be free.

Let’s not give too much away.

My belief is we can help shoppers and help the retailers and businesses at the same time.

Fairer parking will help get city workers back to the CBD; safer public transport will, too.

It will also increase foot traffic past Perth’s retail outlets, both vital during the post COVID-19 small business recovery.

It all comes back to people; people visiting, people working and people living in the city.

The single biggest factor to improve cities is to increase the number of people who live in the city on a permanent basis.

So let’s give them the amenity, activity and safety they need to want to move into the city to live.

Perth is one of the lowest resident based cities in the world.

Once people finish work, shopping or a day or night out, they leave the city and return to their homes somewhere else.

A university campus in the city via a city deal will certainly help.

Another deal for Australia’s first Indigenous museum and cultural centre will help too.

Let’s make them happen. I will champion both.

The city centre continues to suffer from the competition of regional commercial, retail and residential centres.

As these centres progressively increase their attraction, proportionally the city’s attraction diminishes.

The time to arrest that is now.

The City of Perth Town Planning Scheme is currently under review and my feedback from those in the property industry is it needs to be restructured so that it can provide maximum incentive to development, and redevelopment, in the city centre.

There is no “double-digit” plot ratio in the central area as there is in other large cities in Australia, the review of the Town Planning Scheme should contemplate greater floorspace ratios in certain parts of the city and this will add value to existing landholdings and incentivise redevelopment.

And a point of clarification. It’s important property owners know I am not in favour of any tax or levy on vacant CBD properties.

Last year In very different times I did write about what possibilities could be considered to incentivise owners to fill vacant retail spaces, but I want to reiterate as I did at the Property Council forum earlier this week, that is not in my thinking for 2021 or beyond.

I’d like to think I’ve demonstrated during my career and during this campaign that I have a voice, I’m a communicator, I’m independent, I’m fiercely pro-Perth and I want to get the job done, with fairness, transparency and integrity.

This is my chance to return the favour.

You know me and you can trust me to be the principled, proactive Lord Mayor that Perth needs for 2020 and beyond.

Business News has offered all seven candidates for Lord Mayor the opportunity to write an opinion piece for this website. Their articles have run as they were originally written, though Business News reserves the right to edit for legal reasons.