A bounty of boutique beer 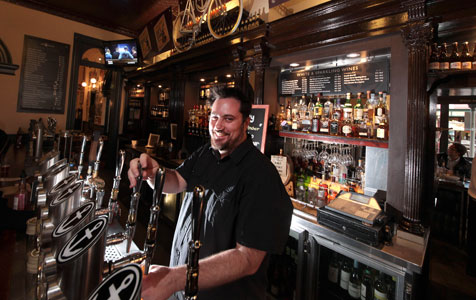 The corner pub that pioneered craft brewing is no longer making its own, but it is still the place for a fancy frothy.

Beer afficionados Australia-wide may bicker over pale ales, pilsners and lagers, but there’s no argument about the birthplace of the nation’s craft-brewing industry – Fremantle’s Sail & Anchor.

Perth hoteliers were happy serving patrons familiar fare in the 1980s when Phil Sexton and his partners in Brewtech, which later became the Matilda Bay Brewing Company, were looking for somewhere to make and sell their craft beer.

The Freemasons’ Hotel, which had been a Fremantle landmark since the early 1900s, had fallen on tough times and was put up for sale.

So Mr Sexton bought the 110-year old building and turned it into Australia’s first brew-pub.

Boutique beer was a significant departure from the typical front bar fare of early ’80s Freo, but the concept soon took off, buoyed by the America’s Cup in 1987 and continuing to grow for the next two decades.

But in 2010, the pub’s current owners, Australian Leisure and Hospitality Group, decided to close the Sail & Anchor’s in-house brewing operations.

Current venue manager Peter Bottcher says that move, which was driven by a commercial decision by ALH owners Woolworths, robbed the venue of its history and identity.

“It’d be a sad day to see this pub with no craft beer in it, so my predecessor, Matt Marinich, decided in conjunction with ALH management and the powers that be that they would push for this to be a great craft beer bar.

“We decided to have constantly revolving taps, support the local craft industry, and we would appeal to beer geeks by getting in all the weird and wonderful beers from around Australia and even internationally.”

Today, the pub has 11 regular taps pouring its signature Sail & Anchor beers, as well as a few favourites from the state’s best microbreweries.

The Sail also has three traditional hand pumps, 10 guest beer taps, and a beer connoisseur’s favourite, a ‘hopinator’ – a device that blasts chilled beer through fresh hops – named The Judge.

The brews also feature prominently throughout the Sail & Anchor’s menu, not only matched to drink with particular meals but also being used as key ingredients to make them.

Mr Bottcher says that commitment has placed the pub at the pointy end of a craft beer market that has grown by 10.5 per cent annually since 2008 to become a $149 million industry Australia-wide, according to IBISworld research.

“The major thing for us is to have integrity of product, the products that we serve we are proud of and we’ve selected them because they are great products,” Mr Bottcher says.

“It can be expensive, but places that only sell commercial beer end up having to spend extra money on advertising, promotions and entertainment to get people into their venue.

“Whereas we spend a little bit less on those things, we do have live entertainment, but it’s not the only reason people come here.” 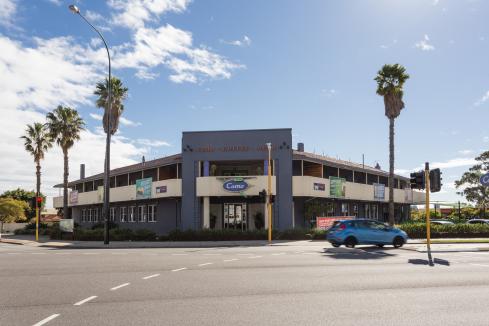