Great Southern Mining has successfully completed metallurgical test work on oxidised ores from its flagship Mon Ami project in WA that showed up to 97% recovery of the contained gold. The work has confirmed that the ores are amenable to conventional cyanide leaching and gravity recovery techniques and that low reagent uptake and coarse grinding will likely result in low operating costs. 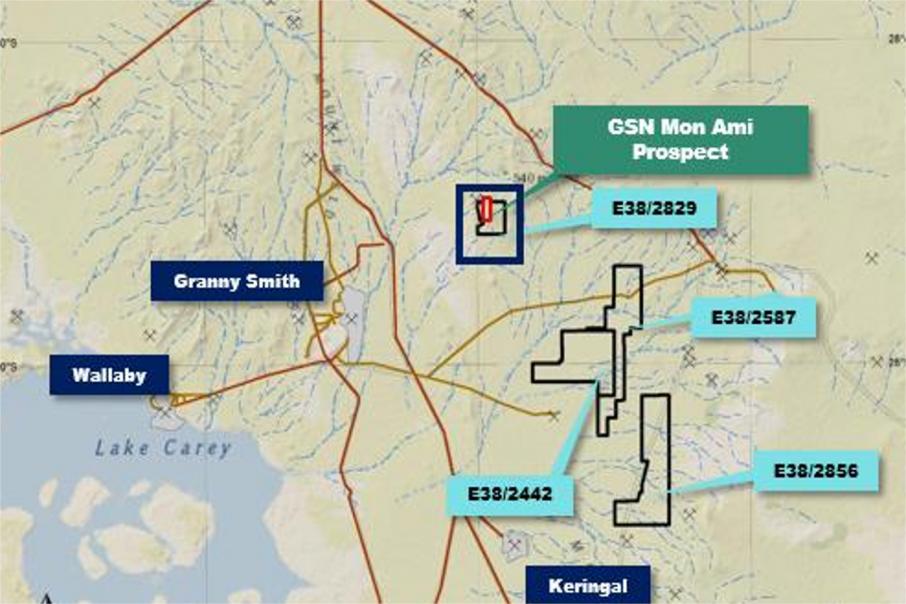 The work effectively verifies that a simple ore processing route for the oxidised Mon Ami ores is suitable, with low reagent uptake and coarse grinds likely to result in high recoveries of gold at low operating costs.

The deposit is located about 25km southeast of Laverton in the northern Goldfields region of WA and contains an inferred mineral resource of 1.1 million tonnes grading 1.7 grams per tonne gold for 59,000 ounces, that is anticipated to grow measurably with planned development drilling.

Mineralisation is hosted by iron-rich quartz veins in discrete lodes and has only been defined over a strike length of 400m thus far.

The company has established itself at a wonderful address, surrounded by behemoths such as Sunrise Dam and Wallaby, which contain 25 million ounces of gold between them and are potential customers for Great Southern’s ore stream from Mon Ami.

Given the close proximity of Mon Ami to existing mills and infrastructure, the encouraging metallurgical results demonstrate that the deposit has excellent potential for further development opportunities and for future mining studies.

The company said that additional metallurgical test work would be completed from diamond core samples in the future.

“Where GSN differs from other junior exploration companies is the project’s potential operational logic and geographical compatibility. We already have a granted mining lease and the project is close to a number of existing mills and supporting infrastructure.”

“We are busy planning the next drilling program designed to rapidly expand the resource and will continue the metallurgical studies for toll treatment options or potential near-term, low capital intensive development options.”

The Mon Ami gold project lies within the Laverton tectonic zone and is located near the regionally important Barnicoat shear, which is dotted with numerous gold deposits.

The largest is the abandoned Sickle mine, 10km north of Mon Ami, which has a total gold endowment of 466,000 ounces.

Great Southern are hot to trot at Mon Ami, with approvals in place for a follow-up drilling campaign and plans to undertake an extensive program of infill and extensional work, aimed at increasing geological confidence of the deposit and prove up further gold ounces.

According to the company, there is a significant number of other gold intersections outside the current resource limits that presently have insufficient drill density to support classification as new mineral resources.

Great Southern’s Edinburgh Park project is a blue-sky exploration play for gold and copper mineralisation situated over poorly accessible and hence under-explored ground in this part of Queensland.

Reconnaissance geological field work has demonstrated extensive alteration and showings of mineralisation in this area, which is prospective for copper porphyry and associated stockwork deposits and epithermal gold-silver systems like Mt Carlton.

The company also believes the area may contain intrusive related hydrothermal breccia pipes like the Kidston, Mt Leyshon, Mt Wright and Welcome deposits, which contain more than 9 million ounces of gold between them.

Great Southern has already delineated drill-ready targets for the project and is hoping to get stuck into them during the first half of this year.

All in all, 2019 is shaping up to be a definitive year for the company, as it seeks to expand the Mon Ami gold resource even further and potentially monetise that project down the track.

And who knows what might be unearthed in Great Southern’s Queensland tenements, in the elephant country inland from Townsville.

It could be a very interesting ride indeed.