93% vanadium recovery for Venus at Youanmi

Venus Metals has announced some excellent upgrades and recoveries from metallurgical test work on fresh ore composites from its Youanmi vanadium project in the Murchison region of W.A. Results showed that vanadium pentoxide grades from a select sample nearly doubled from about 0.7% to 1.34% via simple crushing and separation of a magnetic concentrate. Further test work is underway to improve the overall recovery of vanadium. 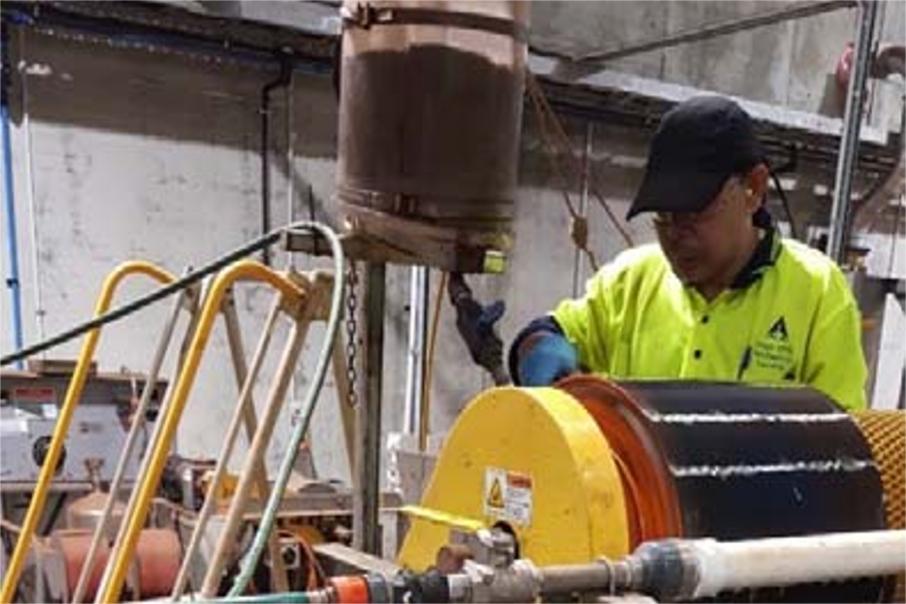 They say that how easily a vanadium mineral deposit upgrades via processing is more important that its in-situ grade and if that is true, then ASX listed junior explorer Venus Metals might be onto something at its Youanmi project in W.A.

The company has produced some very encouraging preliminary metallurgical test work results on fresh ore composites from Youanmi which is located about 40km southeast of the renowned Windimurra vanadium mine in the Murchison region of W.A.

The concentrate also had low contents of penalty silica and alumina contents and the separation techniques rejected nearly 57% of the waste products.

Up to 92.8% of the total vanadium content was recovered in a series of further tests at even stronger magnetic intensities to further differentiate the non-magnetic fractions of the ore.

The aim of the test work was to assess the physical properties by crushing and grinding the ore, assess the upgrade of vanadium content achieved and evaluate the quality of the magnetic concentrate produced.

The company said the results are broadly in line with those of other comparable vanadium deposits in Australia.

The test work was managed by the well-respected METS Engineering Group and undertaken at the Iron Ore Technical Centre, which is part of ALS Metallurgy, based north of Perth in W.A.

According to Venus, metallurgical test work is ongoing to further improve vanadium recoveries into the magnetic concentrates produced from the Youanmi ores.

The company has previously said that the relative ease in crushing the fresh drill core composites prior to magnetic separation, outlines a low to moderate work index for the ore, which could have the effect of significantly lowering CAPEX and OPEX costs in any future processing plant.

The JORC-compliant resource compares favourably with the nearby world-class Windimurra vanadium mine owned by Atlantic Vanadium, that has a remnant mineral resource of 235 million tonnes grading 0.49% vanadium pentoxide.

That operation remains on care and maintenance after a fire at the plant in 2014. Atlantic picked up the entire project from the previous owners in mid-2016 for $500m.

Venus Metals Managing Director Matthew Hogan said: “We are very pleased with the progress of the metallurgical testwork and its outcomes which are excellent.”

“While this work continues, we plan to commence exploration drilling at the large aeromagnetic feature which has an estimated exploration target potential of more than 1 billion tonnes of vanadium ore.”

The Youanmi project area has good access to major infrastructure such as a gas pipeline, roads and port facilities and lies within a large, granted exploration licence.

Venus holds a 90% interest in the tenement, with a prospector retaining the remaining 10% holding.

High quality premium vanadium pentoxide flake was this week selling for about A$56,000 per tonne and is in great demand at present as a steel hardener and particularly the emerging vanadium redox battery sector for industrial energy storage applications.