88 Energy to drill for oil in Alaska

88 Energy is just one approval away from receiving the green light to spud its much anticipated Winx-1 exploration well that will target up to 400 million barrels of oil in Alaska’s famed North Slope oil province. The company will submit the drill permit application before the end of the year with approvals expected to flow in January 2019. This will allow the well to be drilled in February next year. 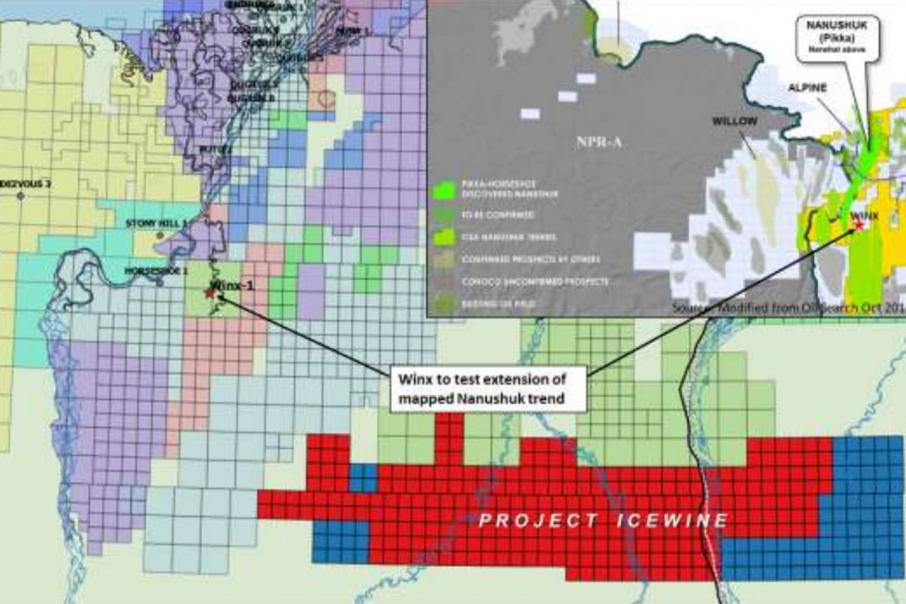 The company and its Australian partners, Otto Energy and Red Emperor Resources, have secured all major permits now save only for the “Permit to Drill”.

Management said it will submit the application for the drill permit before the end of the year and that approvals are expected in January 2019.

This will allow 88 Energy to spud the Winx-1 well at the Western Blocks project on schedule by February.

The high impact Winx-1 well will target a gross, best estimate, prospective resource of about 400 million barrels of oil in the stacked Nanushuk, Seabee and Torok formations.

Notably, the well is adjacent to Oil Search’s Horseshoe discovery, which substantially extended the fairway for the successful Nanushuk oil play and has resources of between 500 million and 1.2 billion barrels of oil, depending on which partner you speak to.

The Winx prospect was identified by 3D seismic with a similar amplitude signature to that seen at Horseshoe.

Preparations for ice road and pad construction for the well are underway with construction expected to start next month.

88 Energy Managing Director Dave Wall said: “Permitting and logistics for the drilling of Winx-1 are proceeding as planned or ahead of schedule. The well itself is shaping up to be one of the most anticipated of the season due to its exploratory nature and because it is testing the extension of a fairway that has already yielded over one billion barrels in discovered resource in the last four years.”

Whilst the rewards are certainly attractive at Winx-1, it is by no means the only project in 88 Energy’s basket of goods.

In November, the company estimated that its wholly-owned Yukon leases in the North Slope could hold prospective oil resources of about 90 million barrels of oil.

Most of this, about 82.3 million barrels of oil, is contained within the Cascade prospect where the vintage Yukon Gold-1 oil discovery well that was drilled by BP in 1993 intersected two oil saturated sands in the Canning formation.

The company is also looking to reach a farmout deal soon for the conventional acreage at its other project known as Project Icewine, which has estimated gross mean prospective resources of 2.89 billion barrels of oil.

2019 is shaping up as a watershed year for 88 Energy with any one of the several balls it has up in the air having the potential to completely remake the company. Watch this space.