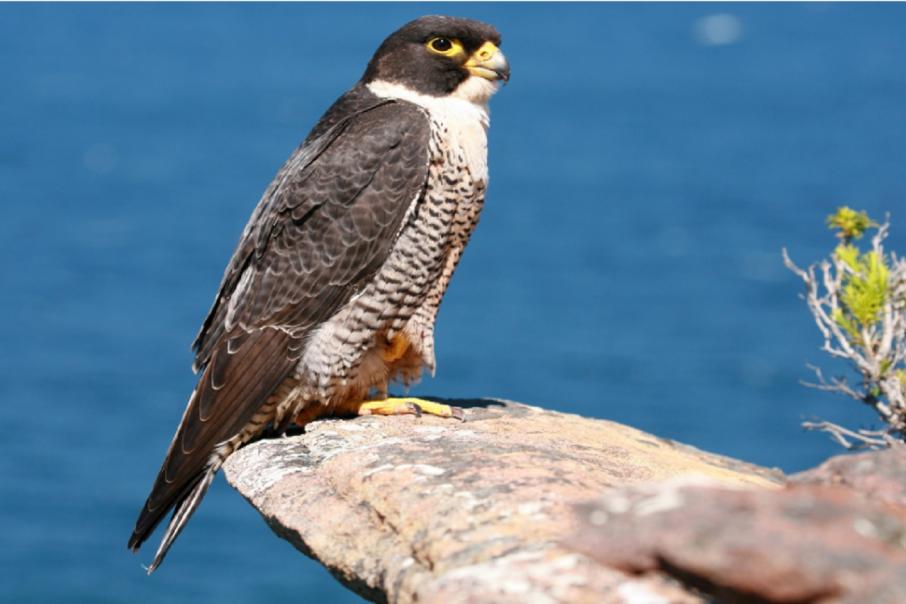 The rock samples recovered from the target formation are called “Sidewall Core Samples”, or “SWC’s” as they are obtained by running a coring tool into the test well on a cable and pushing a core bit into the side of the hole to cut out a pristine sample of rock about 3cm in diameter for analysis back at surface.

Last week the company reported it had identified multiple potential pay zones from an initial set of wireline logging data recorded downhole in its Merlin-1 test well drilled into a 600-million-barrel target on its Peregrine project ground on Alaska’s oil-rich North Slope.

However, due to some serious technical issues on the drilling rig that occurred just as it was about to extract fluid samples from one of the best zones, 88 Energy was not able to confirm the fluid type in the reservoir sandstones.

Yet, all the evidence observed while drilling the well, in addition to an initial review of the recorded logging data at the well site, point to a number of zones with the potential to flow oil.

Whilst some serious scientific grunt is yet to be thrown at the data, Perth-based 88 Energy said its initial petrophysical evaluation of the down-hole logging data indicated “several potential pay zones” in its Merlin-1 test well.  The early review led to the selection of the two most prospective zones encountered for down-hole fluid sampling.

The company used a specially designed tool with the capability to probe the oil-rich formations many times, at many different depths in the drill hole.

It is able to extract multiple representative fluid samples for future laboratory analysis.

However, a power outage on the rig precluded the tool from properly sampling either of the two most prospective zones before it was retrieved from the drill hole to facilitate the necessary repairs.

The untimely mechanical repairs made the bottom of the drill hole too unstable to re-run the sampling tool across those two important reservoir zones.

88 Energy Managing Director, Dave Wall said: “Despite the operational issues that prevented obtaining a hydrocarbon sample from the two most prospective zones, the results from the Merlin-1 well are very encouraging for the potential at Project Peregrine.”

“We appreciate that these early results may be difficult to interpret. That is because we do not yet have all the data required to allow interpretation. This means some uncertainty remains; however, it is already clear that Merlin-1 has delivered by far the best outcome of any of the 5 wells drilled by 88 Energy in Alaska over the last 6 years.”

“Particularly encouraging is the apparent presence of oil in a zone that has not previously been targeted in NPR-A. Whilst the potential volumetric size of this zone is not yet known (as it was not a mapped target in Merlin-1) the formation could be extensive based on initial interpretation.”

The response of subterranean oil and gas reservoir formations to intervention by the drilling fluids used to lubricate the drill bit, hold back pressure in the formation and carry rock chips to the surface is a time-sensitive business and one which is never helped by poorly timed mechanical failures on a drilling rig.

Importantly, one of the most interesting zones of potential oil pay is considered by the company to be a new prospective horizon which may sit wholly within 88 Energy’s Peregrine leases.  According to the company, another zone of interest is interpreted to be shared with the Harrier prospect, sitting just to the north of Merlin.

Given the late start of operations within the winter drilling window on Alaska’s frozen ground, 88 Energy plans to plug back the Merlin-1 well for a future re-entry operation to enable the drilling of a fresh hole, known as a ‘side-track,’ which will give the JV an opportunity to flow test one or more of the potential pay zones seen in the Merlin-1 test hole.

88 Energy has spent mostly its farm-in partner’s money to-date which it has used to find at least two potential pay zones in the region’s uber-rich oil target Nanushuk formation with the potential to deliver oil, based on the reservoir sandstones targeted for the ultimately aborted fluid sample tests.

Whilst the data to-date at Merlin-1, or lack thereof, continues to test the market’s patience, it may yet live up to its mystical name and it is not out of the question that 88 Energy could still pull a rabit out of the hat at Merlin-1 given the early oil shows.