ASX-listed oil and gas explorer, 88 Energy is set to spud the Merlin-1 oil well at its Project Peregrine on the North Slope of Alaska early next month. The Perth-based company, who successfully rattled the tin recently for $12 million in a heavily oversubscribed capital raise, says mobilisation of the drilling rig to the Merlin-1 well location has commenced. 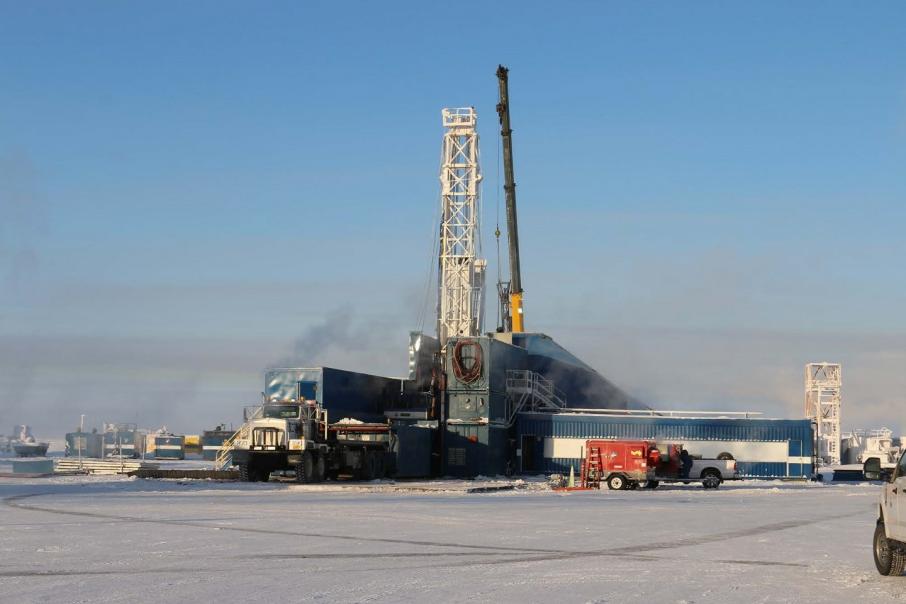 ASX-listed oil and gas explorer, 88 Energy is set to spud the Merlin-1 oil well at its Project Peregrine on the North Slope of Alaska early next month. The Perth-based company, who recently rattled the tin for $12 million in a heavily oversubscribed capital raise, is now in the final stages of drilling preparations as it searches for Alaska’s next “black gold” find.

Mobilisation of the drilling rig to the Merlin-1 well location has now commenced.

According to 88 Energy, Merlin-1 and its proposed second well at Project Peregrine, Harrier-1, are both interpreted to be reservoired in similar geological sequences in the Nanushuk Formation as ConocoPhillips’ recent oil discoveries on the Alaskan North Slope.

88 Energy Managing Director, David Wall said: “Commencement of drilling at Merlin-1 is now just around the corner, targeting the extension of the highly successful Nanushuk play. Success would underpin a company-making development project for our shareholders, with the proven resource at the recently acquired Umiat oil field adding substantial value.”

88 Energy recently entered into an agreement to farm out a 50 per cent stake in Project Peregrine. Alaska Peregrine Development Company, or “APDC” can now earn a 50 per cent interest in Peregrine through the contribution of US$11.3 million towards the cost of the Merlin-1 well, which has an estimated total cost of US$12.6 million.

88 Energy will chip in the balance of US$1.3 million and retain the other half share in the Peregrine field. Thereafter the pair will foot the bills associated with the project equally to reflect their respective holdings.

At Merlin-1, the companies are targeting a gross mean prospective resource of 645 million barrels. A second well, Harrier-1, is planned to spud immediately following completion of operations at Merlin-1, subject to results from Merlin-1 and approvals.

Harrier-1 is targeting a gross mean prospective resource of 417 million barrels and is expected to cost around US$7 million.

With Project Peregrine situated on trend and showing similar seismic signatures to the recent discoveries in the new play type in topset sands in the host hydrocarbon-bearing Nanushuk Formation reservoir, oil and gas market followers will no doubt be keeping a close eye on the Merlin-1 well outcome.