88 Energy has started discussions with the preferred bidder to farm-in to the conventional acreage at its project known as “Project Icewine” in Alaska’s famed North Slope oil province. Evaluation work on the unconventional HRZ shale at Project Icewine is also continuing with the company expecting to have a dataroom ready by mid-2019, which will allow a formal farm-out process to begin. 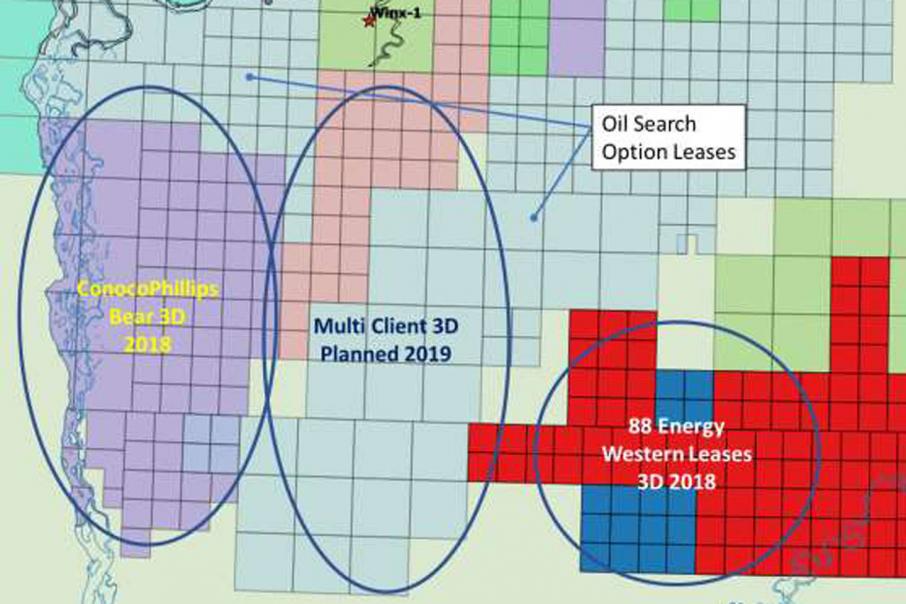 Alaska-focused 88 Energy has started discussions with the preferred bidder to farm-in to the conventional acreage at its project known as “Project Icewine” in the famed North Slope oil province.

The company said that the last 18 months had seen a significant increase in interest in the acreage to the west of Project Icewine and on the same latitude, marking a southerly trend in exploration focus.

This was highlighted by US supermajor ConocoPhillips acquiring 3D seismic about 15 miles west of the Project Icewine Western Margin Leases in 2018.

In addition, a multi-client 3D seismic is being planned immediately to the west of, and adjacent to, the Project Icewine acreage.

88 Energy also noted that fellow Australian Oil Search is expected to sell an option it acquired in 2017.

This option is due to expire in June 2019 and includes acreage immediately to the south of the Western Blocks and immediately west of Project Icewine.

Project Icewine’s conventional acreage has estimated gross mean prospective resources of 2.89 billion barrels of oil, which, if proven would represent a significant bounty for the Perth-based, small cap, ASX-listed company.

88 Energy has an 80% interest in Project Icewine.

Managing Director Dave Wall said: “The progression of the farm-out process to the preferred bidder phase is encouraging but no deal is done until it is done.”

Evaluation work on the unconventional HRZ shale at Project Icewine is also continuing with Baker Hughes and the United States Geological Society applying advanced evaluation techniques to the play.

This work includes additional tests on both core and cuttings obtained from the drilling of the Icewine-1 and Icewine-2 wells.

The company said it continues to receive third-party interest in the HRZ shale project and expects to integrate data from the current evaluation work into a dataroom by mid-2019, which will allow a formal farm-out process to begin.

Separately, 88 Energy has completed final processing of the Yukon 3D seismic survey as is now carrying out interpretation and resource evaluation.

The Yukon leases contain a number of prospective horizons including the prospective Cascade lead that was intersected peripherally by the Yukon Gold-1 well in 1994 and classified as a historic oil discovery.