After lighting a fire under its Chilean Cortadera copper-gold project in late 2019, the first intersection in the latest step-out drilling program for Hot Chili has continued the company’s extraordinary run of ultra-deep drilling success. Latest numbers include a 649m mineralised zone going 0.4% copper and 0.1g/t gold. The latest hole in the current eight-hole program also intersected 440 meters grading 0.5% copper and 0.2 g/t gold. 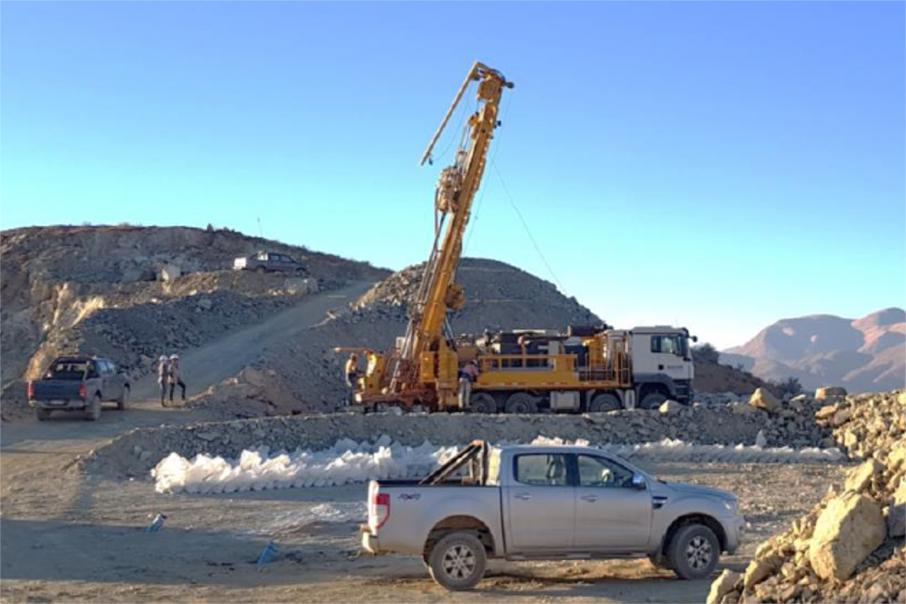 Hot Chili’s fire is burning even brighter in the new year with the results of its first drill intersection in the current step-out program in Chile adding some impressive extensions to its Cortadera porphyry copper-gold discovery.

Results of the remainder of the 2019 drilling campaign will be released shortly potentially kicking off a solid quarter of news flow for the Perth based company.

According to the company, Cortadera is the largest porphyry discovery in the region in recent years and boasts five of the world’s top copper-gold intersections reported anywhere around the globe over the last two years.

The latest report is the fifth record drill result from Cortadera and only the first reported intersection from the current eight-hole program that will dovetail into a first resource estimate due mid-year.

The major significance of the latest result is that it extends the northern contact of the largest porphyry at Cortadera known as “Cuerpo-3” by 70 meters.

Importantly, the latest 649m intersection ended in in mineralisation and it is not yet clear just how far this zone may extend.

Up to 39 new drill locations are now approved by the regulator and two additional rigs are due to commence operations any day now.  Over 30 kilometres of drilling has expanded the area of the total resource and historical intersections at the Cuerpo 3 prospect have graded up to 1.0% copper and 0.5grams per tonne gold.

Cortadera is located only 14 kilometres from the company’s large-scale Productora copper-gold deposit that features a JORC resource of 237 million tonnes at 0.48% copper and 0.1 grams per tonne gold.  Cortadera is adjacent to other high-grade projects that Hot Chili has its foot on that could potentially be blended with the lower grade giant porphyry discoveries to create a higher head grade during mining.

Cortadera is shaping up to be a globally significant, stand-alone copper-gold project that can leverage off the economics of the company’s nearby Productora deposit and potentially benefit from a grade boost from its smaller high-grade deposits in the region.

The latest 649m mineralised drill intersection is right at home amongst previous extraordinarily long hits at the project that include 848m, 864m, 750m, 972m and others.

All of which begs the enticing question, what will the maiden resource look like ?