5km of graphite potential for BlackEarth in Africa

BlackEarth Minerals’ Maniry project in Madagascar now extends over 5km of strike, with the company locating wide, high grade graphite mineralisation over 52m grading 7.03% total graphitic carbon at its new Razafy SE prospect. The trench samples represent the true width of the mineralisation and may outline the potential for significant additional high-grade graphite resources to enhance the value of the project. 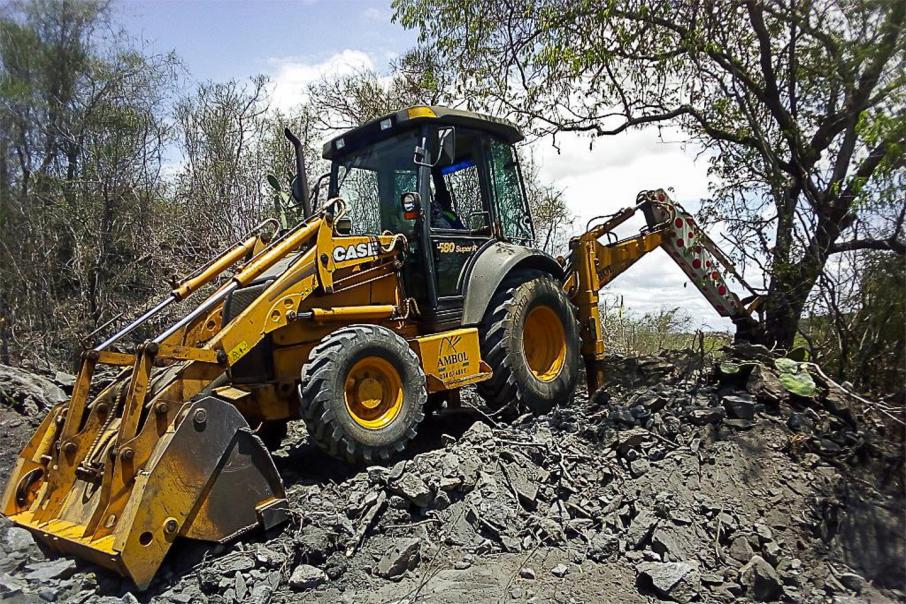 Graphite developer BlackEarth Minerals has continued to outline the significant exploration potential of its flagship Razafy deposit in southern Madagascar, with the discovery of exceptional wide new trenching results over a 1.5km strike length, southeast of the existing mineral resource.

This effectively extends the mineralisation to a strike length of more than 5km surrounding the existing Razafy mineral resource.

All trenches were excavated perpendicular to the strike of the graphite lenses and hence, represent close to true widths of the mineralisation at the newly defined Razafy SE prospect area.

These results come on the top of excellent graphite trenching thicknesses and grades reported earlier this month at the Razafy NW prospect, that turned up magical numbers like 56 metres grading 9.89% TGC, which also contained 48m @ 10.22% TGC, 2m @ 19.2% TGC and 6m @ 15.1% TGC.

According to the company, the discoveries may outline the potential for significant, additional high-grade graphite resources near Razafy, which could seriously enhance the value of the broader Maniry project.

It’s been a productive couple of months for BlackEarth, with a resource update in December proving up 20.2 million tonnes of graphite grading 6.51% TGC at the Razafy and nearby Haja deposit.

The TGC grade exceeded 95% across all concentrate particle size distributions and the product was extremely clean, being free of penalty contaminants.

In late January, BlackEarth announced a positive scoping study for Maniry, that outlined an initial ten year mine life operation and pre-tax NPV of USD$103m and IRR of 42%, with payback in just under three years for the proposed Stage 1 development.

This month’s high-grade results from the Razafy NW and Razafy SE prospects are important to BlackEarth because sensitivity analysis in the recent scoping study showed how critical raising the feed grade of the operation is to the bottom-line economic feasibility of the Maniry project.

An increase in the life of mine diluted ore feed grade from the modelled 6.3% TGC to 7.3% TGC – just under a 16% increase – moves the pre-tax NPV to USD$152m and IRR of 55%, vastly improving the project metrics.

Company Managing Director Tom Revy said: “BEM plans to commence the feasibility study on the Maniry graphite project, as planned, next month. Following our recent equity raising, the funds will be targeted at undertaking a drill program over the Razafy extension(s). This has the potential to lift the feed grade in the critical early years of operation.”

Some assays from the trenching campaign remain outstanding and will be reported later in the quarter, according to BlackEarth.

Although the dimensions of the new ore systems at the Razafy NW and SE prospects are unclear at this stage of exploration, trenching works have proven a reasonably accurate exploration technique for evaluating grade and thicknesses of the graphite mineralisation at Maniry in the past.

By extension, BlackEarth said that drilling of the discoveries has the potential to add some impressive high grade resource tonnages to underpin the Maniry project even further.

The new trenching results sit directly along strike from the Razafy deposit, within a corridor of mineralisation called the “Razafy Graphite Domain”, which has proven so prospective to the company to date.

The new work has now delineated graphite mineralisation over more than 5km of strike within this domain and the company will be itching to sink the drill bit into the new prospects some time this year.