56m of graphite paydirt for BlackEarth in Africa

BlackEarth Minerals’ Maniry project in Madagascar has received a serious shot in the arm, with the company uncovering exceptionally wide, high grade graphite mineralisation over 56m grading 9.89% total graphitic carbon at its new Razafy NW prospect. The trench samples represent the true width of the mineralisation and may outline the potential for significant additional high-grade graphite resources to enhance the value of the project. 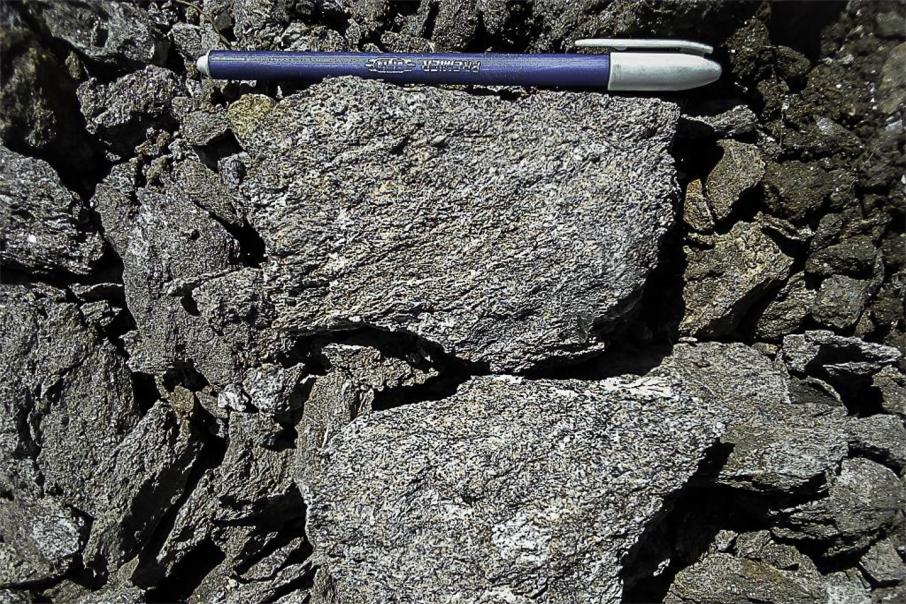 Graphite developer BlackEarth Minerals continues to smash it in Africa, this week outlining exceptional, high grade assay results from trenching programs it completed on a northwest extension of the Razafy deposit at its flagship Maniry graphite project in southern Madagascar.

All trenches were excavated perpendicular to the strike of the graphite lenses and hence, represent the true widths of the mineralisation at the newly defined Razafy NW prospect area.

According to the company, the new discoveries may outline the potential for significant additional high-grade graphite resources near Razafy, which could seriously enhance the value of the greater Maniry project.

It’s been a stellar couple of months for BlackEarth, with a mineral resource update in late December proving up 20.2 million tonnes of graphite grading 6.51% TGC at the Razafy and Haja deposits.

This followed on from definitive metallurgical test work studies that confirmed the company’s Madagascar ores were capable of producing a high grade, premium grade large flake concentrates by processing.

The TGC grade exceeded 95% across all concentrate particle size distributions and the product was extremely clean, being free of penalty contaminants.

In late January, BlackEarth rolled out a positive scoping study for Maniry, that generated an initial 10 year mine life operation and pre-tax NPV of USD$103m and IRR of 42%, with payback in just under 3 years for the proposed Stage 1 development.

What makes this week’s very high-grade results from the Hazafy NW prospect even more important, is that the sensitivity analysis for the recent scoping study showed how critical raising the feed grade of the operation is to the bottom-line numbers.

An increase in the life of mine diluted ore feed grade from the modelled 6.3% TGC to 7.3% TGC – just under a 16% increase – moves the pre-tax NPV to USD$152m and IRR of 55%, vastly improving the project economics.

BlackEarth Managing Director Tom Revy said: “Last month was a milestone event with the release of our scoping study on our Maniry graphite project in Madagascar. Bottom line is that we set ourselves some very ambitious targets in our first 12 months, targets that many thought were too much of a stretch, but we met them and the results we achieved certainly exceeded even our expectations and today’s release is no exception.”

“As the company officially moves from explorer to developer, the potential of the Maniry graphite project is extraordinary – the size of the district, the work completed to date and the value that lies before us. The more we look, the more we find, the better the project looks.”

A significant number of assays from the trenching campaign remain outstanding and the company said it will report on these later in the quarter, as they come to hand.

Management said that the new trenching results from the Razafy NW prospect exceed the historical assays recorded from trenching at the Razafy and Haja projects, that were the focus of the drilling and maiden resource estimates completed during 2018.

Although the dimensions of Razafy NW are not known at this point, trenching works have proven a reasonably accurate exploration technique for evaluating the grade and thickness of the graphite mineralisation in the past.

By extension, BlackEarth said that drilling of the new discovery could add some chunky high grade resource tonnages to further underpin what is already a valuable company asset.

Razafy NW sits along strike from the key Razafy deposit, within a corridor of mineralisation called the “Razafy Graphite Domain”, which has proven so prospective to the company thus far.

The exciting new assay results give BlackEarth plenty to ponder in 2019, as it continues proving up its high grade graphite inventory in Madagascar this year and potentially moves into a technical feasibility study level of development for the Maniry project.