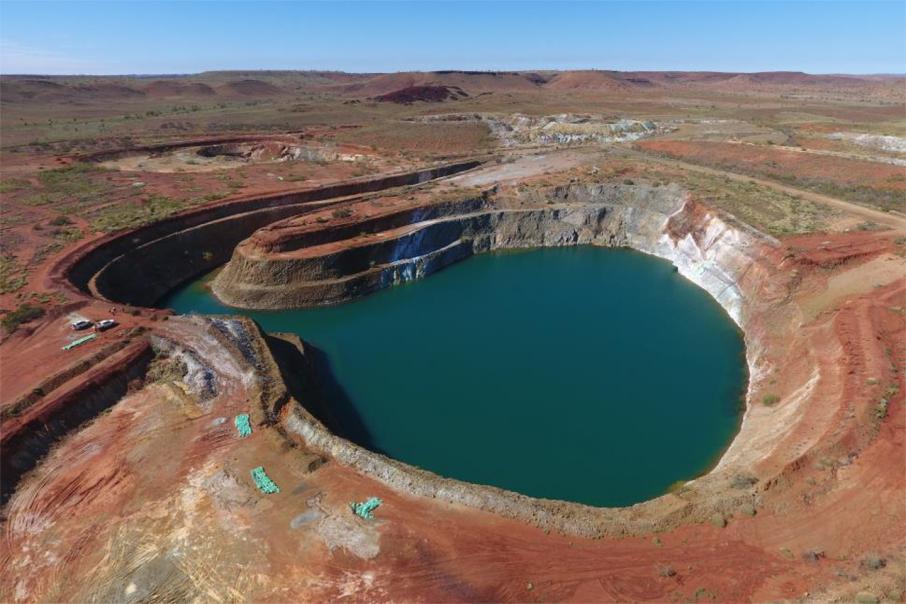 The new resource, which is all sitting at the more confident “indicated” status, now shows 2.67 million tonnes grading 1.14% copper and 1.12% zinc, representing an impressive 55% jump in contained metal.

Importantly, the new estimate shows a sizeable increase in the fresh rock sulphide material, whilst providing a maiden resource of 383,000 tonnes grading 1.78% copper and 0.43% zinc on the remaining oxide ores at the old mine.

The Whundo mine was mothballed back in 2008 due to the low prevailing copper and zinc prices at the time and this is the first new resource estimate completed for Whundo since early 2012.

The price for copper and zinc has effectively doubled over that period and hence, the updated resource provides a timely review of the Whundo project’s scope and potential economic feasibility in light of the new commodity prices.

Historically, the mineral deposit has seen nearly 53,000 metres of drilling thrown at it and Artemis also completed a further 5,490 metres during 2018 to bring the mineral resource up to a standard where new ore reserves can be delineated with confidence.

The Whundo project is 100% owned by Artemis and is located on a granted mining lease just 7km southeast of the company’s Radio Hill processing plant, which previously treated all the ores from the mine.

Artemis CEO Wayne Bramwell said: “This resource upgrade has seen a circa 30% uplift in the Whundo sulphide resource to 2.2Mt and contained copper and zinc metal tonnes has grown significantly to ≈50,000t combined. The shallow oxide resource is entirely new.”

“Whundo was shut down in 2008 due to low copper and zinc prices. It is a valuable asset, considering it is an approved mining lease and is so close to our Radio Hill processing plant. The oxide grade of 1.78% Cu is tantalising and with this zone extending from near surface to ≈40m below surface, Artemis is evaluating the integration of SX-EW processing at Radio Hill.”

“In addition, the larger sulphide zone could provide an additional blending source that could supplement Carlow Castle ore and further enhance copper grade to the Radio Hill Operations.”

According to the company, the Whundo deposit occurs in two zones called Whundo and Whundo West, which are hosted within a single ore horizon of felsic volcanic rocks as a series of shallowly plunging shoots.

The mineralised shoots can reach up to 20m in width where structurally thickened and they have a down plunge extension of up to 150m based on existing drilling.

Elsewhere, Artemis is steadily building up its geological knowledge of the intriguing Carlow Castle deposit, which is located about 35km northeast of the Radio Hill plant.

Carlow Castle is a high grade cobalt, gold and copper deposit and has been the focus of most of the company’s exploration efforts in the western Pilbara over the last 6 months or so.

Throw in some very interesting conglomerate gold ground in JV with high-flying partner Novo Resources and a recent 70% earn-in to the platinum group metal and gold deposit at Munni Munni to the west of Whundo and Artemis is really juggling a lot of balls in the air at present.