52m of high grade lithium for Hawkstone in US

Hawkstone Mining has received more high-grade lithium assays showing wide intersections up to 52m @ 1,953 ppm lithium, from its Big Sandy clay project in the US. The company recently accelerated its exploration and development activities at the project, which will assist in the estimation of a maiden JORC mineral resource and the completion of definitive metallurgical test work programs. 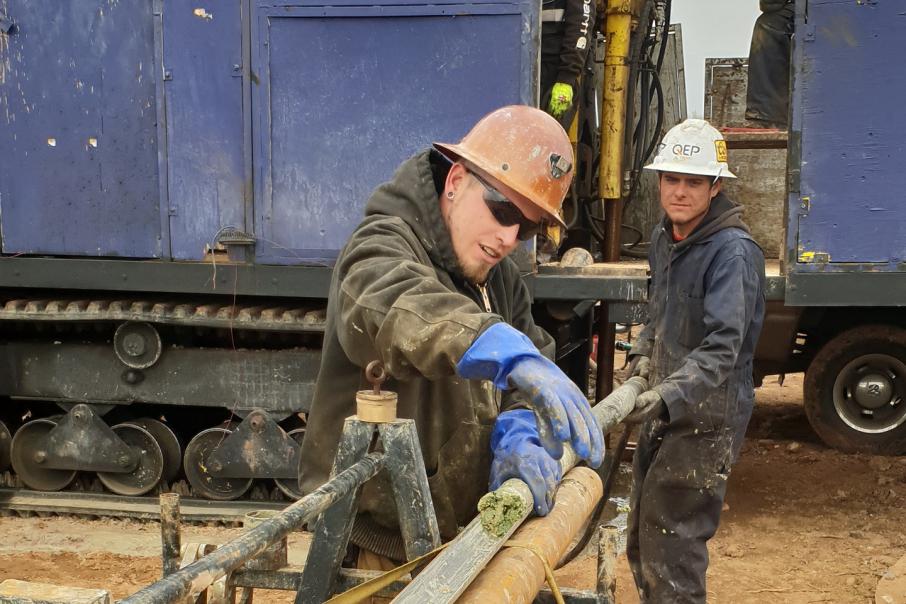 The wide, high-grade intersections from Hawkstone Mining’s Big Sandy lithium clay project in the US continue to impress, with the company this week reporting a 52-metre intercept grading 1,953 parts per million, or “ppm”, lithium from its latest drilling on-site.

Hawkstone has stepped on the gas and recently accelerated its exploration and development activities at the project, following a recent oversubscribed placement for $2.4m.

The consistency of the grades and thickness of the clay-hosted mineralisation have become a real standout at the company’s Arizona project, located in the USA’s own “lithium valley”, just down the road from Tesla Motors’ Gigafactory 1, near Reno in Nevada state.

That huge facility is a lithium-ion battery and electric vehicle subassembly factory that produces up to 5,000 vehicles a week and has an insatiable appetite for lithium and other battery metals.

So much so, that Tesla founder Elon Musk recently stated that the company might well get into commercial mining to ensure it can make enough batteries to support it growing business saying: “There’s not much point in adding product complexity if we don’t have enough batteries.”

Such talk will be music to Hawkstone’s ears as it steams through its Phase 2 drilling program at Big Sandy, ahead of compiling a maiden JORC-compliant mineral resource estimate for the project later this year.

The lithium-rich deposits are impressive in their size with the company generating an Exploration Target in March, saying the project could contain between 242.1 million tonnes and 417.6 million tonnes of mineralised clays grading from 1,000 ppm to 2,000 ppm of lithium, to a depth of 90m from the surface.

The current drilling campaign has now defined extensions of the lithium mineralisation for the Northern Mineralised Zone at Big Sandy over 800m north-south, with the ore system still open to the north, south and east, according to management.

Sprinkle in some encouraging preliminary metallurgical test work results that showed up to 95% of the lithium content extracted from ore grade samples using simple acid leaching techniques in just 7 hours and you understand why Hawkstone is so bullish about its Big Sandy project.

Recovering lithium using sulphuric acid leaching is a typical method of extracting and recovering the metal at other clay-hosted projects of this style.

With regard to the latest drilling results, Hawkstone Mining Managing Director Paul Lloyd said: “Both myself and the Hawkstone Board are very excited that our flagship Big Sandy Lithium project continues to deliver strong results as we progress through the 37-hole diamond drill program.”

“The assay results from these latest seven diamond drill holes demonstrate the significant potential of the Big Sandy project and we look forward to updating the market further regarding assay results pending ...”

The company recently strengthened its executive team, with the addition of ex-Chief Technical Officer to Lithium Americas Corp, Dr David Deak, as its technical advisor to oversee the development of the Big Sandy project.

In addition, Hawkstone appointed experienced investment banker and corporate advisor, Barnaby Egerton-Warburton, as its Non-Executive Chairman to oversee the financing of the project.

Mr Egerton-Warburton previously held executive roles in the resources sector and was most recently a Director of ioneer Limited who is developing the Rhyolite Ridge lithium-boron resource not far from Big Sandy in Nevada state.