46% copper find for Hammer in Queensland

ASX listed Hammer Metals has discovered a new high grade zone at its Perentie project in Mt Isa, Queensland, with rock chip samples returning up to 46% copper and 0.6g/t gold. The Susan prospect now takes the mineralised trend up to more than 3.4km. The company has also identified a fourth mineralised zone on a separate but parallel structure about 2.7km southeast of Paddy B. 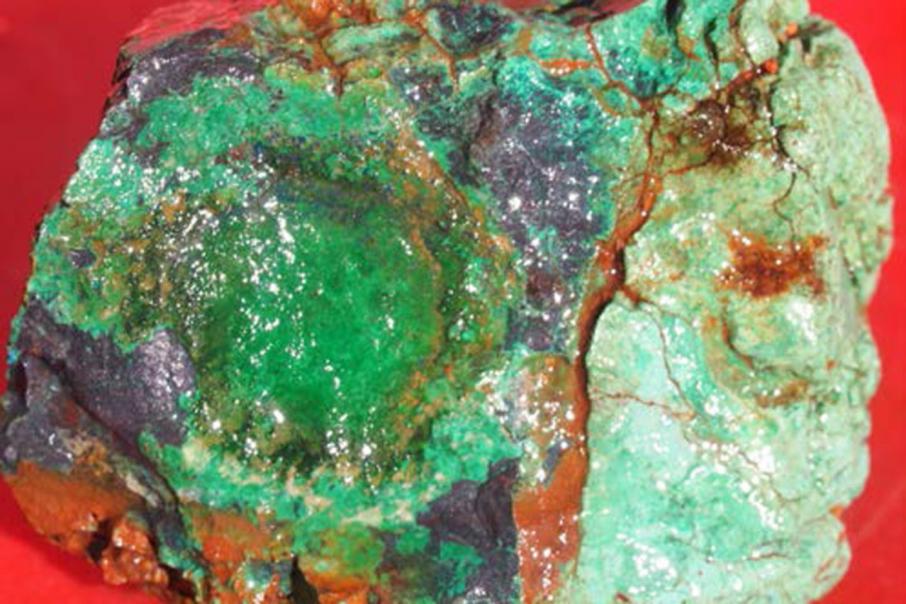 Hammer Metals continues to polish up the new and very intriguing Perentie project in Mt Isa, Queensland, with rock chip samples at a new zone returning up to an astounding 46% copper and 0.6 grams per tonne gold.

The new Susan prospect is located 1.6km south of the Paddy B prospect, taking the Perentie mineralised trend up to more than 3.4km now.

Susan appears to be a circular, “pipe-like” quartz veined zone of up to 60 metres in diameter with peripheral veining to the south.

Hammer has also identified a fourth mineralised zone on a separate but parallel structure about 2.7km southeast of Paddy B.

Sampling has confirmed that this zone extends over a 900m strike length with individual maximum grades of up to 7.47% copper and 4.72g/t gold.

Last month, surface rock chip sampling of the Judith prospect located just 800m north of Paddy B, returned assays up to 23% copper and 7.23g/t gold, providing some excitement for the site based rock hounds working for Hammer.

This followed up on rock chips from the Paddy B and Spiros prospects that recorded multiple high-grade copper-gold results up to 36% copper, 6.8g/t gold and 23g/t silver.

The company is continuing sampling and mapping of the demagnetised zones that are associated with mineralisation at Perentie.

Perentie covers an area of about 50km2 centred on the north-western corner of the highly magnetic Wimberu Granite that is considered to be associated with the development of iron oxide copper-gold mineralisation elsewhere in the Mount Isa geological district.

It forms part of the larger Dronefield JV with Kabiri Pty Ltd, over which Hammer holds 80%.

Hammer and its geologists are now pushing ahead at a rate of knots to get a better picture of what Perentie might be hiding given the number of serious at surface grades it has thrown up to date.