3 ounces to the tonne gold for Hammer in Queensland

Hammer Metals has generated high-grade gold and copper results from a rock chip sampling program at its Malbon project near Mount Isa, Queensland. The El Questro prospect produced values up to 99.4g/t gold and 5.96% copper in iron-rich quartz veining and requires follow up work. Numerous copper-bearing zones with gold mineralisation were also defined at the Mt Philp Breccia project to the west. 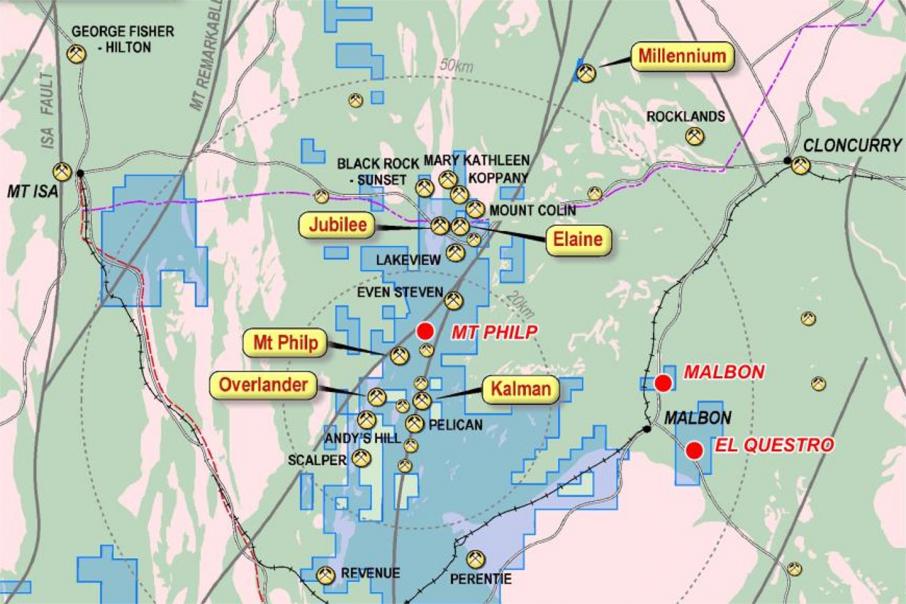 The spectacular assays came from iron-rich quartz veining upstream from the historical El Questro alluvial workings and also included 15.1g/t gold and 0.48% copper and 2.57g/t gold and an exceptional 5.96% copper, in separate samples.

The company said that further sampling was underway to define the extent of mineralised quartz veining 500m along strike, with results expected soon.

According to Hammer, the elevated gold to copper ratio delineated at the El Questro prospect is unusual for the Mount Isa district, although it probably helps to explain the artisanal alluvial gold workings located downstream.

About 45km to the west, the company has resumed field work at the Mt Philp Breccia project, undertaking geological field reconnaissance of multiple soil geochemical anomalies outlined at various prospects.

The sampling has outlined numerous copper-bearing zones at the surface, which are often accompanied by gold mineralisation.

Hammer Metals Chairman Russell Davis said: “Whilst Hammer is preparing to commence work at our new Bronzewing South gold project our programs of prospecting and sampling of the Mount Philp Breccia soil anomalies and at the Malbon project at Mount Isa continue to return very encouraging results.”

“We are identifying previously unknown zones of copper and gold mineralisation, supporting our exploration approach and the considerable potential of Hammer’s projects. The high-grade gold results at El Questro, in particular, will be followed up in the short term.”

The company recently engaged Vortex Geophysics to undertake an Induced Polarisation, or “IP”, survey over the Bronzewing South mineralised corridor immediately south and adjacent to the Bronzewing mine workings.

Sulphide mineralisation is commonly associated with the gold mineralisation in the Bronzewing district and the IP survey is designed to detect potential sulphide-rich zones below the cover rocks and refine drill hole targets.

It is certainly a busy time for Hammer, as it continues to seek its fortune in different regions of the Australian continent.