The state government has approved an application from local business Old Salt to install a $2 million event barge on the Swan River near Elizabeth Quay. 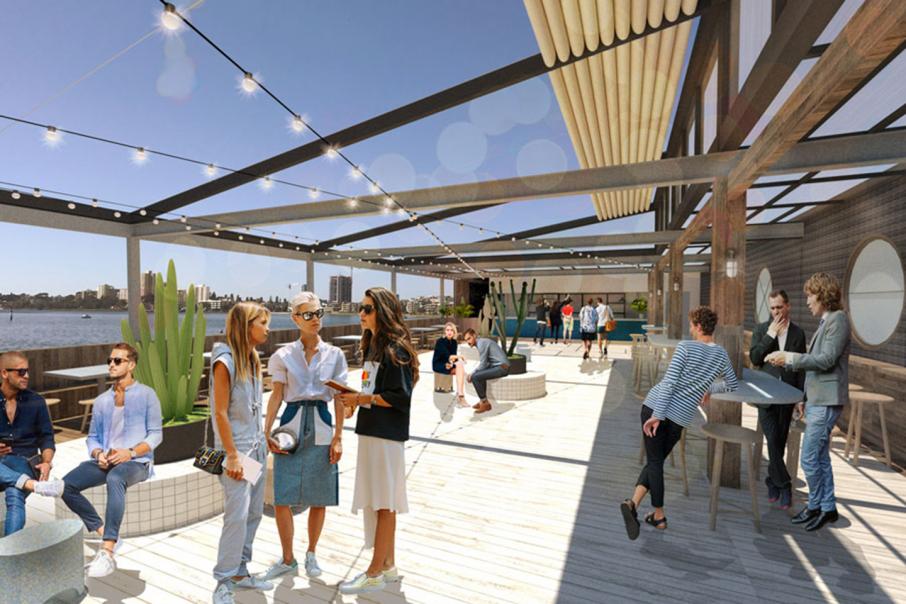 A concept design of 'The Raft'.

The state government has approved an application from local business Old Salt to install a $2 million event barge on the Swan River near Elizabeth Quay.

The 250-person facility, coined ‘The Raft’, will be designed for events such as weddings, cinema nights and corporate functions, with plans to open early next year.

The venue is expected to be located about 400 metres from Elizabeth Quay, with about 420 square metres of floor space.

Public submissions were sought during a four-week period.

Old Salt is run by siblings Katie and Dan Chrystal, who are joint managing directors, along with their father Haydn Chrystal.

Ms Chrystal said the barge would cost between $1.5 million and $2 million to construct and the business would employ about 20 people.

“We want any event to be able to come there and pop up and do their thing,” she said

“It’s very minimal, very simple and nothing too fancy."

Environment Minister Stephen Dawson said the venue would be another option for visitors to the Swan River.

"It will also complement Elizabeth Quay and help with the activation of the Perth foreshore,” he said.

Mr Dawson also said the government had rejected a proposal by Perth-based Barge Co because its barge was too large, however the government was willing to assess an updated plan.

Tourism Minister Paul Papalia said the facility would add vibrancy to the city.

"The more buzz there is about the city, the more likely people are to visit and the more there is to do, the longer they'll stay,” he said.

"The Swan River event barge is another example of the confidence business people have in the future hospitality and tourism growth of Perth."