225 ounces of nuggets and counting for Artemis

Artemis Resources has recovered 225 ounces of gold nuggets to date from its ongoing conglomerate gold exploration play at the 47K Patch and Purdy’s Reward discoveries, just south of Karratha, in the western Pilbara region of W.A. The company is working with CSIRO and is currently completing a geophysical survey over 47K Patch. Bulk sampling will be carried out once all data is consolidated, integrated and processed. 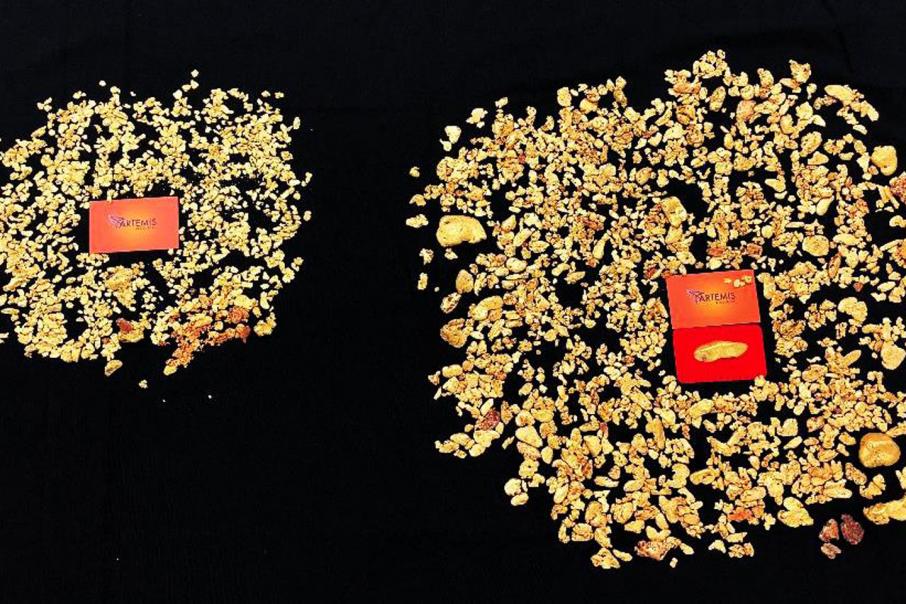 It’s raining gold nuggets at Artemis Resources Conglomerate gold play in the Pilbara with the ASX listed explorer saying this week it has recovered 225 ounces of gold nuggets and counting to date from 47K Patch and Purdy’s Reward discoveries just south of Karratha in Western Australia.

The majority of the nuggets, totalling 193 ounces, were recovered at 47K Patch while the remainder were found at Purdy’s Reward prior to Artemis forming its equal joint venture with TSX-V listed Novo Resources.

Artemis recently completed mapping along with flora, fauna and heritage surveys at 47K Patch that allow the company to expand its exploration efforts.

The company is working with Australian research organisation CSIRO and is currently completing a sub audio magnetics geophysical survey over the discovery.

Bulk sampling will be carried out once all data is consolidated, integrated and processed.

47K Patch is located within Artemis’ 70% owned Comet Well West tenement package that is not associated with Novo Resources.

Chief Executive Officer Wayne Bramwell said: “Exploration on our 47K target is focussed upon understanding the structural controls and geology of the mineralising system. We are working closely with the CSIRO and a benefit of ground work here is that we continue to add to our stockpile of nuggets.”

Artemis received final approvals to install the circuit in August and it is now scheduled to start commissioning in November 2018.

Radio Hill is expected to source ores from either the 47 Patch conglomerates, Silica Hills, Weerianna or a combination of these sources to commission the new gold circuit.

Novo and Artemis agreed in June to a $5.4m exploration program at their shared conglomerate and paleoplacer gold projects in the western Pilbara.

This will initially focus on sampling, diamond drilling and costeaning activities at Purdy’s Reward.

In August, Novo said surface mapping and trenching confirmed the continuity of gold-bearing conglomerates from its Comet Well project to Purdy’s Reward.

This brings the total explored strike to about 3.4 kilometres that remains open in both directions, with a shallow south-easterly dip into the Fortescue Basin rock sequences.

With a sizeable bounty of gold nuggets now on the table, there is no doubt that Artemis has a river of gold on its hands in the Pilbara, just how big the system is will be fascinating to determine over the coming months.