New assays have confirmed Nzuri Copper’s high hopes for a cobalt-rich zone just 800m along strike from its proposed Kalongwe copper project. Resource drilling is already being planned with expectations of a JORC resource in the near term. Drilling at Monwezi II just 2.5km along strike has also produced some very encouraging signs of copper and cobalt, including massive sulphides. 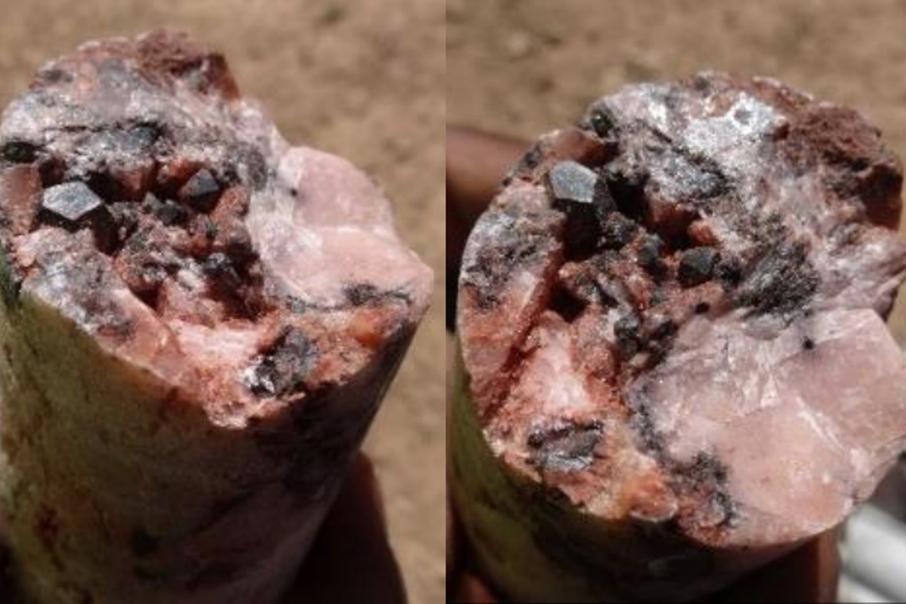 Nzuri Copper continues to show why the African Copper Belt is such a premier address for mineral exploration, announcing a string of impressive cobalt hits just 800m from its planned Kalongwe copper-cobalt open pit.

The new results from diamond drilling and trenching at Kalongwe SW have confirmed a 300m zone of shallow, high-grade cobalt mineralisation along strike from the flagship deposit.

The feast of results has encouraged Nzuri to plan resource drilling at Kalongwe SW, which is part of the 85% owned Kalongwe project in the Democratic Republic of Congo. The project is just 20km south of Ivanhoe Mine’s amazing Kakula and Kamoa copper deposits.

In a statement to the ASX, Nzuri said results to date clearly indicated the potential to delineate a JORC-complaint resource in the near term.

Nzuri CEO, Mark Arnesen, said: “Given its proximity to the proposed open pit development and processing plant at Kalongwe, Kalongwe SW is emerging as a primary high-grade cobalt deposit which could represent a significant strategic addition to our resource inventory.”

There was also good news from the Monwezi II prospect, which is 2.5km east along strike from Kalongwe. Two diamond drill holes were recently completed to test a zone of copper enrichment that emerged from early stage exploration at the end of last year.

Whilst assays are still pending, initial results are encouraging. The first hole, which was testing for a strike extension of mineralisation that produced a 20.2m intercept at 1.85% copper, has intersected copper oxide mineralisation between about 95m and 105m.

Nzuri is in a strong position to roll on with an aggressive exploration program after raising $3.1 million at the end of last month through a placement and an additional $2.9 million via an interest-free, unsecured loan from the company’s major shareholder, Tembo Capital.

Another major shareholder, Huayou Cobalt, continued its support for the company by participating in the placement to maintain its stake in the company at almost 15%.

The funds raised are also being used to front end engineering and design for stage 1 of the Kalongwe project, which is based on a low capex dense media separation process. This is seen as stepping stone to a potential stage 2 development based on solvent extraction electrowinning (SXEW) to produce higher value cobalt products.

In the background, Nzuri also has a huge array of other nearby exploration projects, which adds up to a compelling copper and cobalt story.