Plans have been lodged to build a $100 million hotel, motel and apartments development on the beachfront in Jurien Bay, with a local private developer seeking to establish new levels of amenity for tourists visiting the Coral Coast. 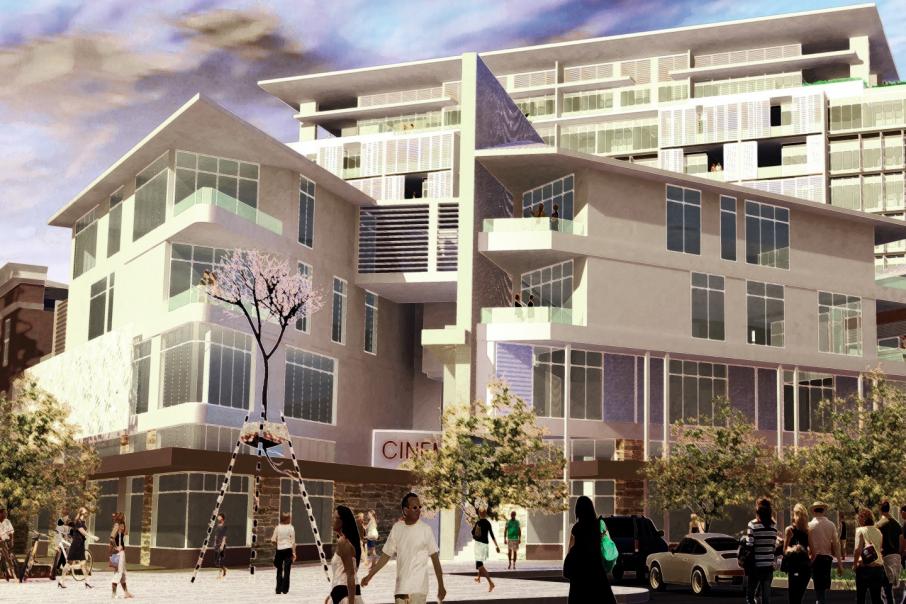 The Jurien Bay proposal has been designed to significantly boost the amenity of the seaside town. Image: Laurie Scanlan Architects

A hotel, motel and apartments project proposed for Jurien Bay looms as a game changer for the region’s tourism industry.

Plans have been lodged to build a $100 million hotel, motel and apartments development on the beachfront in Jurien Bay, with a local private developer seeking to establish new levels of amenity for tourists visiting the Coral Coast.

Private developer Carl Aloi has put forward the ambitious plan, which proposes the development of 171 short-stay units, in the form of a hotel, a motel, and serviced apartments, as well as two apartment towers containing 122 dwellings in the town, 220 kilometres north of Perth.

The development will comprise eight separate buildings ranging from four storeys to 11 storeys, with the tallest buildings located at the rear of the Roberts Street site, which was formerly home to a lobster processing facility.

Additional amenities in the proposal include a tavern, two restaurants, a day spa, up to 20 retail tenancies, and five commercial office tenancies.

Mr Aloi told Business News the proposal was the largest development in Jurien Bay history, while also the biggest project he had taken on in his 30-plus years in property, which had largely been focused on shopping centre and apartment development.

“It’s a big thing for Jurien Bay, that’s for sure,” Mr Aloi said.

“There is so much to do up there, there is skydiving, scuba diving, fishing, caving, sea lions on the islands, Jurien Bay just needs something to kick it along.”

Mr Aloi said he had worked closely with Laurie Scanlan Architects to ensure the apartments and hotel rooms on offer were designed with families in mind.

“We worked together and thought that we’d do something that was way out of the ordinary,” he said.

“If you’re taking your family up there you don’t want a one-bedroom place, you want something with a bit of space in it.”

Mr Aloi said he would seek to build the motel component first, pending a successful approval from the Midwest/Wheatbelt Joint Development Assessment Panel, with the apartments to be built in a staged manner subject to market conditions.

“The place has been going better and better every year, there are a lot more people going up there year after year, and it just seems like it’s the right time now,” he said.

“It’s still subject to market conditions, as far as the apartments go. But being right on the water, they’re unique, so I think they’ll go well.”

Burgess Design Group associate director Mark Szabo, who worked on planning aspects of the development application, said he expected it to provide a big lift for Jurien Bay’s tourism industry, with much of the current lodgings offerings in the town limited to campgrounds or motel accommodation.

“Jurien Bay has been begging for this sort of development for quite some time,” Mr Szabo told Business News.

“The council are quite proactive in terms of the things they are doing up there in trying to bring tourism uses, particularly in sports and recreation.

“Obviously there is a little bit of concern because it is so big compared to everything around it, but the main feedback that we get from the community is ‘when is it going to happen’?”

Mr Szabo said careful consideration had been given to making the development accessible for the local community, with the tavern, day spa and restaurants provided with it in mind rather than being exclusive for hotel or motel guests.

“Certainly the architects have designed it so there is a lot on the street frontage,” he said.

“It’s not a walled-in development, all of the shops and the retail will face on to the streets, so that everyone will have access to it, while the apartments on the western side also face the streets so we can get a little bit more activation.

“The way that the developer and the architects have looked at the site as a whole and have tried to mix a few things together to get permanent accommodation, short term and motel, it covers all of the bases of what’s needed up there.

“I think getting the actual hotel right next to the foreshore area could be something special as well.” 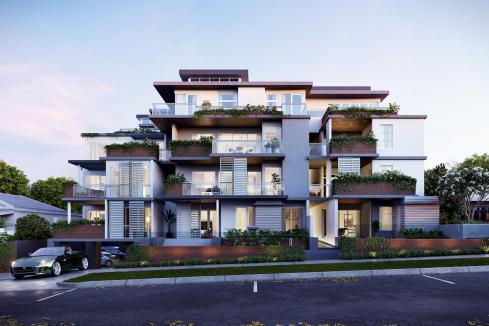 Movement on apartments for Momentum, Willing