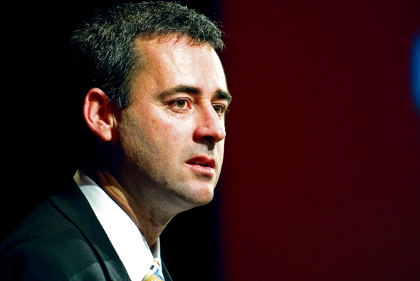 The company said late yesterday that Mr Malone’s private company, Perth Internet Pty Ltd, had sold 4 million of the 18,012,162 shares it held for $3.30 each, a significant discount to yesterday’s $3.60 closing price.

Perth Internet now holds an 8.7 per cent stake in iiNet.

Mr Malone is currently overseas and not available for comment.

The sell-down comes just days after the ISP delivered its best-ever financial result, a net profit of $37.1 million for the year ended June 30.

iiNet paid a final dividend of 8 cents per share.

“It isn’t something that the market likes to see, it does normally get spooked by it, but all indications are that block of shares was well taken up by institutional investors and certainly judging by trading today there is some solid demand out there,” Mr Franklin said.

“So that is comforting, to see how the market has reacted after the fact.

“Our view hasn’t changed, we are still positive, the story hasn’t changed at all and the company had a pretty sold FY2012 result.

“At the end of the day, Mr Malone is a company director who doesn’t sell down very often. He has taken some off the table, but he’s certainly committed to growing the business going forward.”