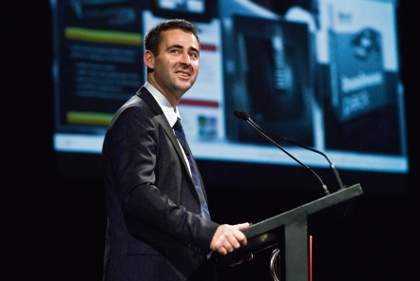 The nation’s second largest internet service provider, iiNet, has reported a 122 per cent jump in net profit for the six months to December 31, on the back of increased earnings from its acquisitions of Internode and TransACT in 2012.

The Perth-based ISP today reported a company-record net profit of $32 million, on a 30 per cent increase in revenue to $474 million.

iiNet will pay an interim dividend of 8 cents per share, up 33 per cent on the previous corresponding half year.

Chief executive Michael Malone said the company had consistently grown over the past few years, strengthening its position as the nation’s number two broadband provider.

“iiNet has grown to a scale where the earnings and cash flow it generates can be reinvested to ensure we continue to meet customers’ needs going forward,” Mr Malone said in a statement.

“The company’s strong cash flows have enabled us to purchase attractive strategic acquisitions, quickly pay down debt and grow dividends.”