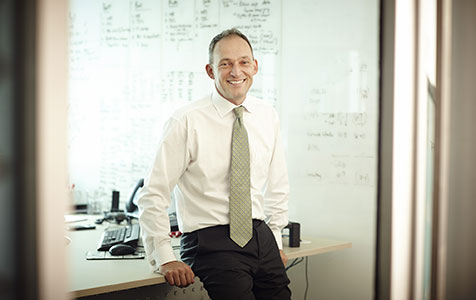 iiNet has broken the $1 billion revenue mark for the first time following a 7 per cent growth in turnover, leading to a 19 per cent gain in underlying net profit.

In announcing its preliminary financial results for the 2014 financial year, the company said organic growth led by the addition of 40,000 broadband customers during the year helped it achieve turnover of $1.006 billion.

It also said the acquisition of South Australia-based Adam Internet for $60 million in August last year contributed to the underlying profit of $65.8 million.

Profit after income tax didn’t fare as well, however, partly due to higher network and carrier costs - after tax profit increased 3 per cent to $63 million.

Chief executive David Buckingham said the strong results were a result of the company delivering on its strategy of growing market share and improving margins.

“Having successfully acquired and integrated a number of complementary businesses over the past few years, the company is now focused on growing organically and maximising its operational performance,” Mr Buckingham said in a statement.

He said revenue from business customers had been strong and reached $204 million for the year, which was 20 per cent of the group’s total revenue.