Chinese company Zijin Mining Group has pressed ahead with its unsolicited takeover bid for Phoenix Gold, despite Evolution Mining’s recent on-market acquisitions at a price 20 per cent above that which Zijin is offering. 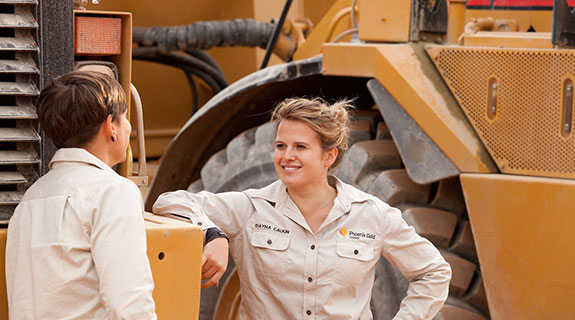 Chinese company Zijin Mining Group has pressed ahead with its unsolicited takeover bid for Phoenix Gold, despite Evolution Mining’s recent on-market acquisitions at a price 20 per cent above that which Zijin is offering.

Phoenix’s directors are advising shareholders to take no action in regards to Zijin’s 10 cents a share offer, citing the low price offered to shareholders.

Zijin today obtained approval from the Foreign Investment Review Board for the offer, and therefore continued with its bid to acquire Phoenix through its wholly owned subsidiary Norton Goldfields.

This follows the news on July 27 that Evolution had become Phoenix’s largest shareholder through on market buys of 49 million shares at 12 cents a share, which brought its holding in Phoenix to 19.8 per cent, up from a previous 9 per cent stake.

Zijin's bidder's statement said its offer was at a 19 per cent premium over Phoenix's closing price on 17 June, which it said was the last undisturbed trading day before its takeover plans were announced on 22 June.

Phoenix has disputed that, saying it was unaware of Zijin's intentions until it was approached after the close of trade on 19 June. Its shares closed on the 19th at 9.8 cents, and therefore said the premium was just two per cent.

Phoenix executive chairman Dale Rogers said the company was continung to engage with a number of parties to assess alternative proposals for Phoenix and its assets.

Zijin is advised by Argonaut and law firm Hopgood Ganim.

Phoenix is advised by RBC Capital Markets and has commissioned BDO to prepare an independent expert's report.

Zijin is a state-owned minig group and describes itself as "one of the largest gold producers, second largest copper producer and an important zinc, tungsten and iron ore producer in China".

Its move on Phoenix followed its move to full ownership of WA gold miner Norton Gold Fields earlier this year.

Shares in Phoenix were up 0.5 cents at 11.0 cents on Friday morning.